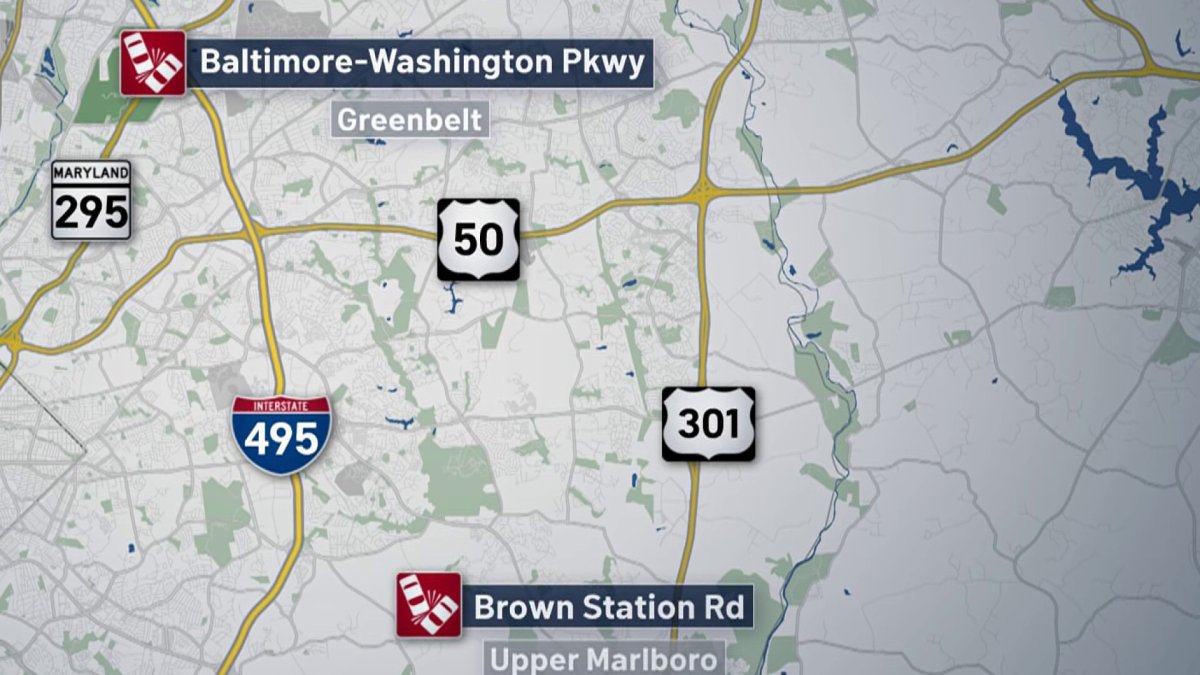 Police responded to a two-car crash northbound on the Baltimore-Washington Parkway near Route 495 at 2:30 a.m. on Sunday, the U.S. Park Police said. When authorities arrived at the crash they found one person trapped.

One adult male was pronounced dead at the scene and an adult female was taken to the hospital with not life-threatening injuries.

The second crash occurred about an hour later at the 3200 Block of Brown Station Road in Upper Marlboro. There was a vehicle collision that trapped one individual, according to Prince George’s County Fire and EMS.

Authorities declared one individual dead at the scene. Two others were taken to the hospital for their injuries.

The BW Parkway had road closures for several hours in the morning. During the closures, traffic was diverted to East-West Highway.

The causes of the crashes are still under investigation.