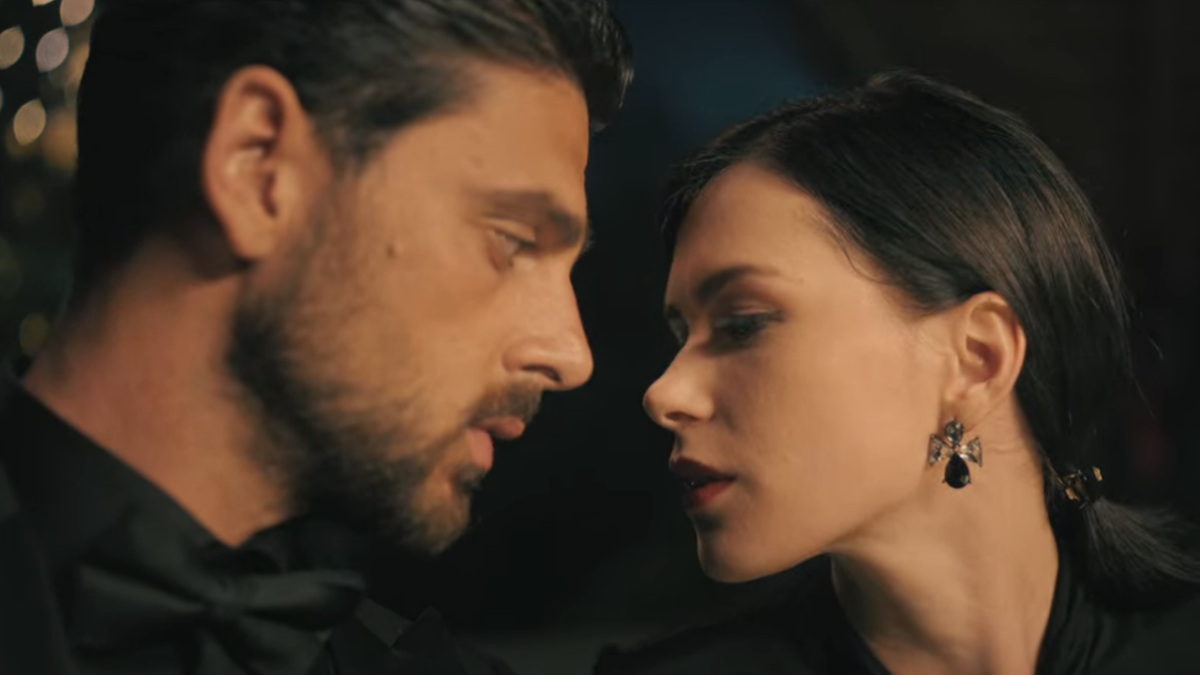 Warning! Some spoilers for 365 Days: This Day are ahead. Please put on your finest designer clothes and head to a beautiful Sicilian beach until you’ve caught up!

Well, folks, after a wait of nearly two years, we finally got the sequel to the hit film, 365 Days, as part of the 2022 Netflix movie schedule. Late April saw the release of 365 Days: This Day, which follows Laura (Anna Maria Sieklucka) and Massimo (Michele Morrone) as they marry, have enormous, mob-based difficulties, and continue to have sexytimes in a wide variety of places as one of the most sexually explicit movies on Netflix right now.

I’ve already given everyone a rundown of what you need to remember about 365 Days before diving into the sequel, and seeing as how I’ve now watched the new film (which is sure to give every viewer lots of wild emotions), I thought it would be good to take a look at some of the many feelings I had while watching 365 Days: This Day. Let’s get to it!

I can only assume that, even if the troubling kidnapping plot that brought Laura and Massimo together in the first film didn’t really bother you (as it did those who signed a petition to have the movie removed), you probably had several moments of watching 365 Days: This Day where you were completely baffled by Laura’s continued bad decisions. Not long after their marriage, Laura is led to believe that Massimo cheated on her (it was really his evil twin brother that she saw). Most women would be angry and many would decide to leave their husband immediately, even if it’s just to figure out what they wanted to do next, but Laura makes a series of extremely poor choices which lead to her being kidnapped again.

When Laura’s leaving the lavish party where she believes she’s seen Massimo having sex with another woman, Nacho (Simone Susinna) miraculously drives up and she willingly goes off with him. Now, Nacho had introduced himself to her previously as Massimo’s new gardener, and at no point did Laura do anything but take his word for it. Plus, she’d only met and talked to him once before letting him drive her away.

Then, after they’ve stopped on the side of one of Sicily’s mountainous roads, she turns her back on this stranger, calls her mom to tell her she needs to be alone for a while because of Massimo, and then literally throws her phone off of the cliff before agreeing to go back to Spain with Nacho. What the fuck, Laura! Girl, YOU DO NOT KNOW THIS MAN! And, of course, he turned out to be the son of a rival mafia Don who was looking to get back at Massimo, so now she’s been kidnapped for a second time (albeit… gently).

Something else that I find so confusing about the franchise and this movie in particular? How such explicit sex that’s supposed to be about two people who are in love manages to be neither enticing nor in any way fun to watch, beyond wondering what kind of devices were used to make sure that none of the actors’ actual private parts touched during filming. If you’re watching a realistic-looking sex scene with naked body parts and can only think about the filmmaking that went into it, there’s a problem.

As expected, once the duo marry, Laura’s main job is to be a pampered and sheltered mob wife, but she, somehow, doesn’t seem to understand this despite everything that happened in the first movie, and continues to bristle at Massimo’s control, which is incredibly frustrating to watch. She agreed to marry him, and at no point after that did he say that his treatment of her would change, or that she’d be given more freedom, so she shouldn’t have expected anything more.

The only good thing that came out of this is that when she really gets mad at Massimo and complains about being bored, he buys a fashion company for her to run. Of course, we didn’t even get a chance to see if that’s something she’s good at, because of her second kidnapping, so it didn’t really matter that much. And, cue the additional frustration!

While Laura is with Nacho (who doesn’t reveal who he really is until near the finale, when it’s time for the big mob meetup where his dad will use her captivity to threaten Massimo to his face), it’s clear that she begins to fall for him, but also admits that she misses her husband. This seems to show that no one involved in this messy, problematic relationship (or any of the other characters) is capable of real growth, even if they know their actions are all wrong.

Even if Laura does leave Massimo, I have no hope that she’ll try to go it alone. Oh, no. I’m sure she’d head straight for Nacho; meaning that she’d be in a relationship with her second abductor. I’m sure Massimo would start a mob war to try and get her back, and if that failed, he’d probably just kidnap another woman.

Though, I will admit that if Laura does end up with Nacho, it actually makes some sense. At least she got to do some normal stuff with Nacho (They watched a movie, you guys!) and he actually smiled and joked around like a normal person, which must have been refreshing after all of Massimo’s gruff, broody behavior.

Look, I knew there’d be sex, OK? But I was surprised to see that roughly the first 45 minutes of the movie is almost nothing but banging. We then only get a couple of additional (and quick) sex scenes as Laura dreams about Nacho doing very naughty business to her. There was definitely more sex than in the first movie, and to top-load it seems like a bold move.

I’ve seen a brief synopsis for what goes down in the second and third books of this series by Polish author Blanka Lipińska, and they did change some things for 365 Days: This Day the movie. So, I can honestly say that I’m intrigued by how they might choose to wrap things up in the final movie (which Netflix announced filmed back to back with this sequel in 2021). Considering how much fans of the first book disliked how the series continued, maybe the filmmakers can actually wrap the franchise in a more agreeable way for those who enjoy the movies.

Last but not least, let me just say that, while I didn’t personally actually enjoy 365 Days: This Day, I was impressed that the people who made this movie did know the strong suit of the franchise and why people would be tuning in for the sequel. Sure, there was a cliffhanger to see resolved (as there is with this second go-round), but what viewers really want is to watch hot people doff their designer duds to have sex in beautiful locales. And, we get plenty of that in several combinations.

On top of that, there’s only juuuust enough plot to have the whole thing hang together, and there are an astounding number of pop songs in the movie, which take the place of the actors actually speaking, so we can just look at the spectacle in front of us.

365 Days: This Day is an experience that will likely bring up a number of feelings for anyone who watches it. While those emotions might not always be good, at least I can say it’s never truly boring.