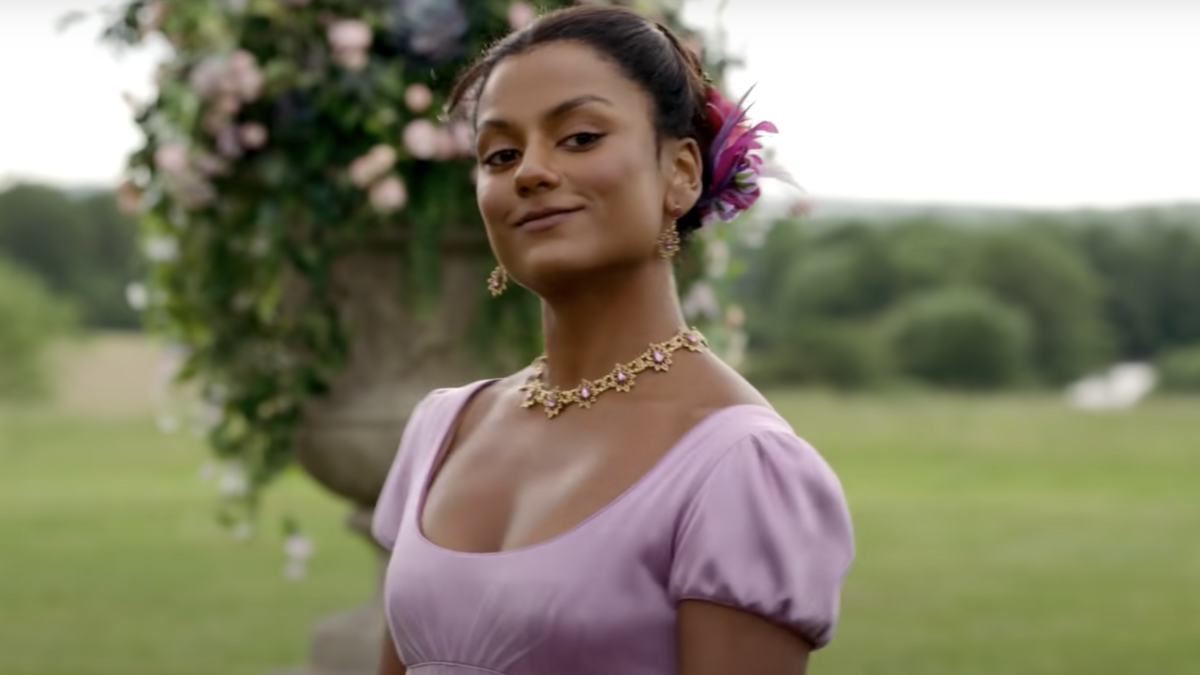 Just about every member of the Bridgerton cast has experienced a major uptick in popularity as a result of joining the hit, Netflix original period drama from producer Shonda Rhimes. Simone Ashley – who stars as the sharp, headstrong, and independent Lady Kate Bridgerton (née Sharma) – is certainly no exception. Although, it should be noted that her role in the Sex Education cast – another mature Netflix hit – was really her true breakthrough.

Now, as tends to be the case any time a notable up-and-coming talent becomes a major point of conversation, I cannot help but wonder when Marvel Studios will come knocking on the 27-year-old, British actress’ door with an offer to star in some upcoming Marvel movies (or on her own show for Disney+). Regardless of when or how, the key thing to consider before Simone Ashley makes her superhero  movies debut is what role she is right for. Perhaps the perfect choice is one of the five following Marvel characters I have listed below, starting with one who has a unique connection one of Ashley’s lesser-known talents…tangentially speaking.

A cool fact that fans should know about Simone Ashley is that she is also a really good singer and used to share her talent with the world on her YouTube channel. However, she only ever posted one video to the account (which is actually no longer available) in 2012 of her performing a cover of one of her favorite songs by Fleetwood Mac, “Songbird.” Hearing the title of that classic romance ballad was all I needed to choose the perfect Marvel character for the actress.

When Melissa Gold first made her comic book debut, she was known as Screaming Mimi and was part of a group of female professional wrestlers by day and supervillains by night, called the Grapplers. Later on, she decided to use her super-enhanced vocal chords for good instead of evil and began to go by the name Songbird. In addition to pursuing a music career, she would also fight alongside the Avengers and became a founding member of the Thunderbolts – a team of reformed criminals whose Marvel Cinematic Universe debut could be on its way soon.

While Songbird is definitely someone I would like to see in the MCU at some point, there is another musically inclined character whom fans have been waiting to see make a proper debut in the MCU for a little while now. In fact, she may be the most famous character in Marvel Comics who also has a record deal (and, seriously, almost really had one in real life). Therefore, I imagine that it would be an honor for Simone Ashely to be the one to bring her to life in the MCU.

I am, of course, referring to Dazzler, who did make a decidedly brief appearance in 2019’s X-Men: Dark Phoenix, as played by Halston Sage. In addition to her impressive pipes, the young woman otherwise known as Alison Blaire was also born with the ability to create light out of sound, which earned her a spot fighting evil with other mutants like her. If cast, Ashley would also be the first actress of color to play the  role, which would make Dazzler’s MCU induction an event even more worthy of celebration.

One of Simone Ashley’s first appearances in a major motion picture is one you might have missed, but in a movie that you very likely may have seen. The film in question is 2018’s Pokémon: Detective Pikachu, in which she briefly appears as a random bystander whom Tim (Justice Smith) asks if she can also the hear the titular furry hero (voiced by Ryan Reynolds) speaking, but all that comes out for her is “Pika, pika!” It is a funny scene but, if I were her, I might disappointed I did not get to have more to time to share the screen with these bizarre CGI heroes.

That best option I can think of for how Marvel Studios could help Ashley make up for lost time would be to cast her as Elsa Bloodstone, who is part of a family of monster hunters and one of the few who is not also a power-hungry criminal. The role would also be a great opportunity for the actress to be able to use her natural English accent and to, potentially, reunite with Reynolds, whose definitive character, Deadpool, once formed an alliance with Bloodstone for some time in the comics.

Actually, in addition to Ryan Reynolds, Simone Ashley also has connections with a few other Marvel actors, including David Tenant. Before he was cast as Kevin “Kilgrave” Thomas on the (formerly) Netflix-exclusive Marvel series, Jessica Jones, the Scottish former Doctor Who actor led the cast of the UK crime drama Broadchurch, of which Ashley appeared in two episodes in 2017. While her role as a waitress who witnessed a sexual assault at a party was brief, she would get a lot of attention now as someone particularly close to Kilgrave.

So, in the comics, Kilgrave is spalled with two “L’s” and is the character’s actual last name (the first being Zebediah), but a lot of people call him the Purple Man due to the unique complexion of his skin. As a result, his daughter, Kara (otherwise known as Persuasion for her mutant ability to manipulate people’s minds with pheromones) has been referred to as Purple Woman for the same reason. Now, considering  the creative liberties taken with Kilgrave on Jessica Jones, I think changing Ashley’s skin tone might be unnecessary, but I think she is worth introducing to tell an amusing story about a woman wanting to do good in the world despite her father’s reputation.

Speaking of amusing stories, without giving much away, Simone Ashley contributed to some of the most memorable moments from Sex Education on Netflix. Her character, named Olivia Hanan, is part of a popular clique at her high known as the Untouchables. You are never going to believe this but, that alone opened up a connection for another potential Marvel character.

There is a group of villains from Marvel Comics known as the Untouchables, of which the underrated Spider-Man villain, Tombstone, is a member. The Harlem-based criminal, whose real name is Lonnie Lincoln, has a daughter named Janice, who would go on to follow in her father’s footsteps and even join the Sinister Six under the alias, Beetle, in reference to her armor that looks and flies like an insect. With talk of the Sinister Six finally hitting the big screen (supposedly), maybe a female touch should be considered and, perhaps, Ashley as Beetle would the perfect addition.

You know, despite her success on Bridgerton Season 2, I wonder if Simone Ashley wishes she could have shared some screen time with the Duke of Hastings before he left the show. Maybe she could if my Marvel character casting call for Regé-Jean Page also comes true? Only time will tell.