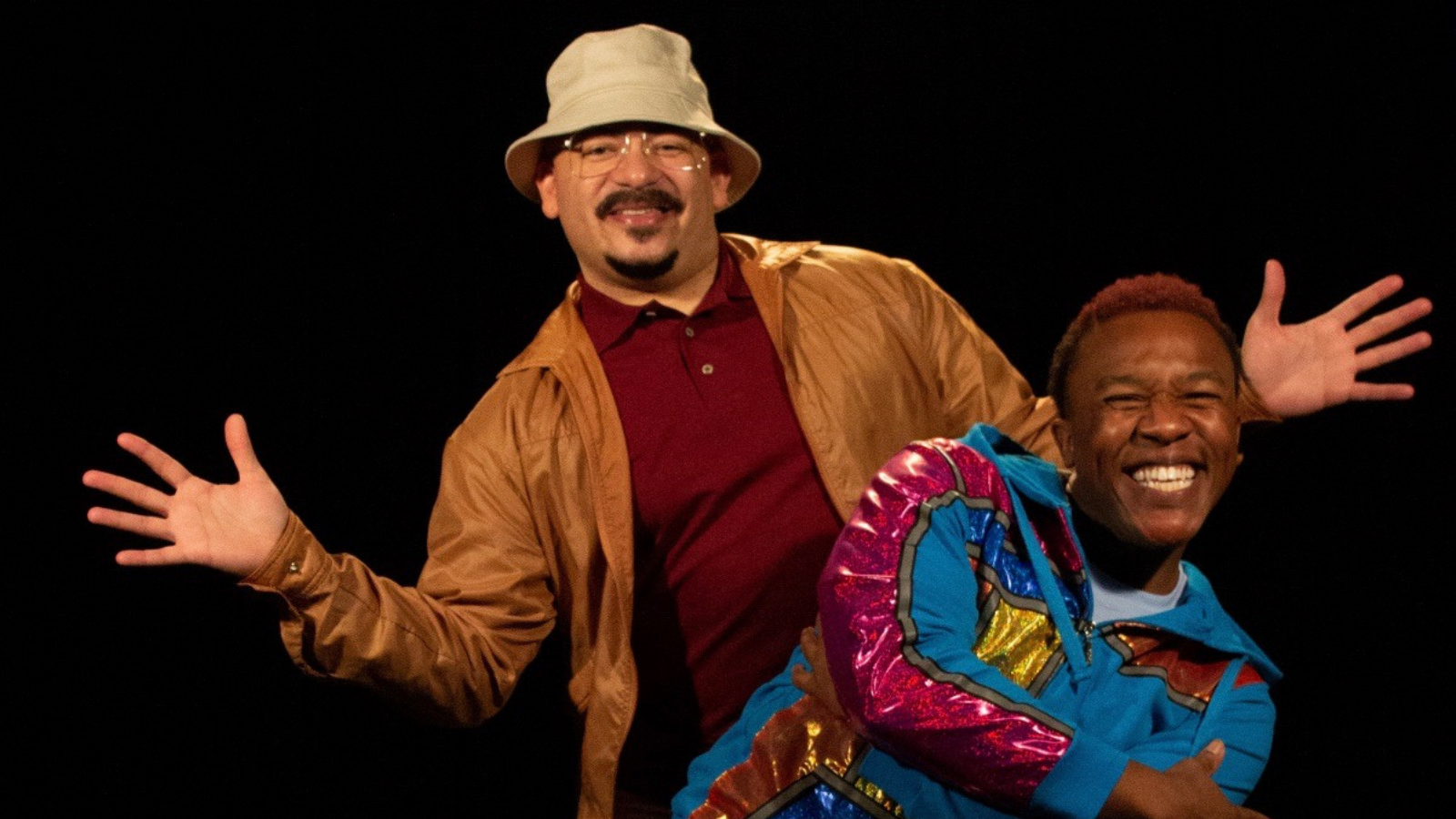 After it originally debuted in 2012, Imagination Stage is reviving Psalmayene 24 and Nick “the 1da” Hernandez’s P.Nokio: A Hip-Hop Musical. Directed and choreographed by Tony Thomas, the modern hip-hop reimagining of Carlo Collodi’s classic Pinocchio finds G.Petto (played by Helen Hayes Award-winning actor Frank Britton) as a brilliant computer designer creating a game character, P.Nokio (played by Tre’Mon Mills), who can live outside of the virtual realm. Once in the real world, P.Nokio learns some timeless life lessons—telling the truth, learning from your mistakes, and choosing the right path for yourself. Although the show is geared towards children, the catchy hip-hop numbers composed by Psalmayene and Hernandez are sure to entertain audiences of all ages. As rehearsals for this run of the production began, Thomas found himself calling on old school hip-hop influences for his actors to reference when approaching their roles. “Nick and I did a lot of that together,” Thomas explains to City Paper. “Just talking about the ‘80s era. Reminding them of the style, and the feeling, and encouraging them to get Kool Moe D, or LL Cool J, or Grandmaster Flash.” This show marks the first time in nearly three years that Britton is performing in an indoor theater production, and it turned out to be a homecoming of sorts. “I first worked with Tony and Nick and Psalm in the world premiere of The Freshest Snow White here at Imagination Stage in 2017,” Britton tells City Paper. “So this is kind of like a family reunion in a way, coming back to Imagination Stage. And it’s been great.” P.Nokio: A Hip-Hop Musical runs through March 27 at Imagination Stage, 4908 Auburn Ave. Bethesda. imaginationstage.org. $28.