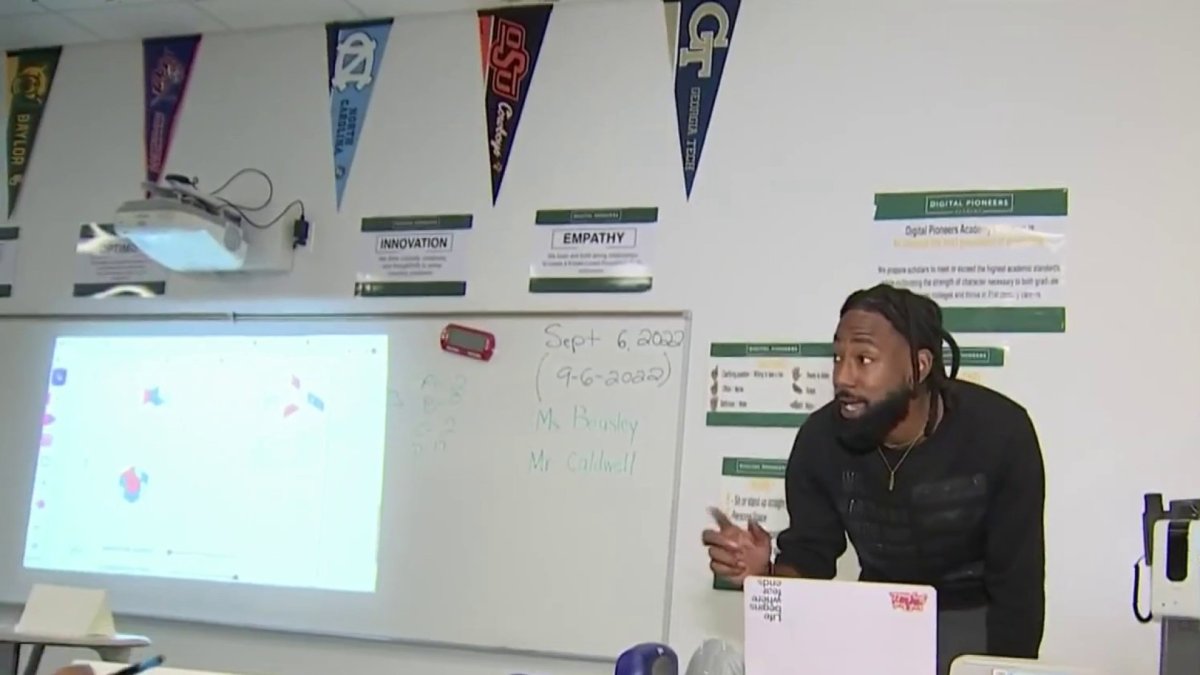 A D.C. school preparing students for high-paying jobs in the computer science field started classes in a new building Tuesday.

Sixth and seventh graders at the computer science focused Digital Pioneers Academy started their schoolyear in a new space in Southeast D.C.

“Our mission is to develop the next generation of innovators,” founder and CEO Mashea Ashton said. “We really want our scholars to be a part of creating in the digital economy, not just consuming.”

The academy is a free public charter school. Students are selected through a random lottery system primarily serving students who live east of the Anacostia River in Wards 7 and 8.

“Which are some of the most under-resourced parts of the city, however, we believe our scholars have so much potential and if given the right opportunity, they can accelerate at incredibly high levels,” Ashton said.

Kiyah Holloman of D.C. is in her fourth year teaching sixth grade English language arts and believes in the mission.

“We really focus on 21st century jobs and 21st careers so that we look at the path to where they’re going to go after they leave here, making sure that they have the high-paying, high-demand job, and I want to be a part to make sure they get that,” she said.

The school has a second campus on Capitol Hill serving students in grades 8 through 10. Eventually, they want to expand to 12th grade.

The academy still has space for sixth graders.

To get more information about the academy, go to its website.