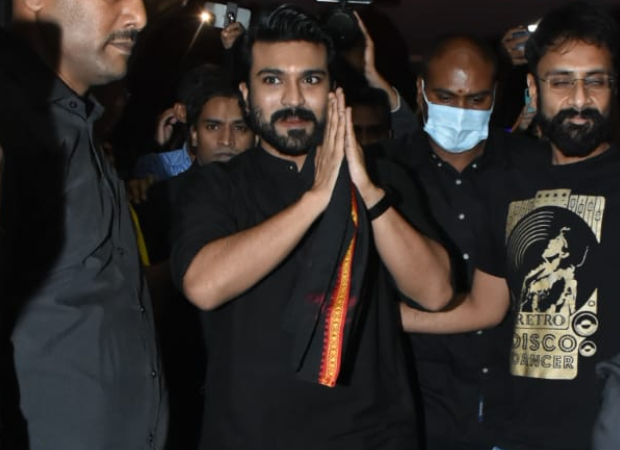 Actor Ram Charan is currently basking in the success of the magnum opus RRR directed by SS Rajamouli. The film also starred Jr NTR in the lead along with Ram Charan. On Sunday, Charan was spotted at the Mumbai airport dressed in all black attire and was seen walking barefoot.

Ram Charan is currently observing the 41-day long Ayyappa Deesksha to visit Sabrimala at the end of the fasting period. The video of the actor smiling and waving to fans at the airport while dressed in a black outfit and walking barefoot has gone viral on the internet.

It is mandatory for every devotee visiting the Sabrimala Temple to observe a 41 day fast which entails several rules before climbing the hill that leads to the temple. The abode of Lord Ayyapa is located in the Southern part of Kerala. Charan is known to observe Ayyappa Deeksha every year for 41 days before visiting the Sabrimala temple. The 41-day fasting highlights the significance of abstinence and austerity.

Meanwhile, Ram Charan who essays the role of Alluri Rana Raja in the film has been receiving praise for his performance. The film continues to do an incredible performance at the box office across the world.