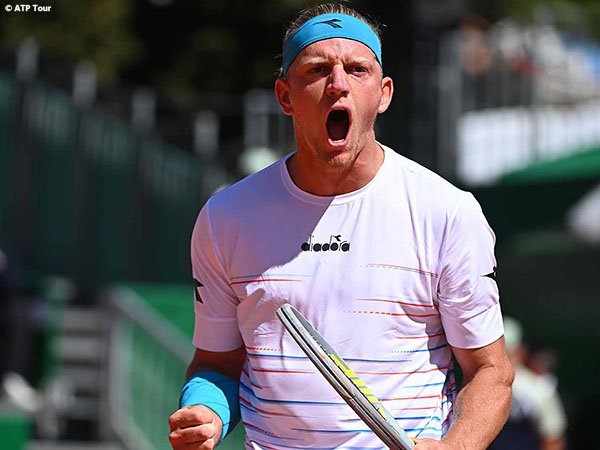 The world number 54 came back from a slump in the second set to snatch six games in a row from 0-3 before beating American Marco Giron 7-5, 6-3 in 1 hour 39 minutes in the first meeting between the two players. .

Alejandro Davidovich Fokina has fond memories of the Monte Carlo Open after he reached the quarter-finals last season. At that time, he beat Alex De Minaur, Matteo Berrettini and Lucas Pouille before losing to the champion, Stefanos Tsitsipas.

In the second round of the Monte Carlo Open, Davidovich Fokina will challenge world number 1 Novak Djokovic and will be looking for a first win over a Serbian after the world number 1 went 2-0 up in their head to head.

In other action, Bulgarian Grigor Dimitrov also progressed into the second round after his Georgian opponent Nikoloz Basilashvili was forced to withdraw from the second set as the 2017 ATP Finals champions were leading 6-3, 2-0 after 51 minutes.

Former world number 3 Dimitrov reached the semifinals of the 2018 Monte Carlo Open and this season he is appearing in the Masters 1000 tournament for the ninth time in his career. He arrived in Monte Carlo full of confidence after last month’s run to the quarter-finals at Indian Wells.

Dimitrov will next face Serbian tennis player, Dusan Lajovic. Until now their head to head draw with 1-1. The Bulgarians won their first meeting in Chengdu in 2016 and Lajovic won their last meeting in Beijing in 2018.

World number 48 Lajovic needed 1 hour 45 minutes to beat compatriot Filip Krajinovic 6-2, 7-6. He once played his best game in the tournament when he reached the final of the 2019 season before losing to Fabio Fognini.

Hungarian Marton Fucsovics also booked a place in the second round of the Monte Carlo Open with a 6-4, 6-7, 6-1 win over South African Lloyd Harris. The 30-year-old will next face 12th seed Diego Schwartzman or Karen Khachanov.