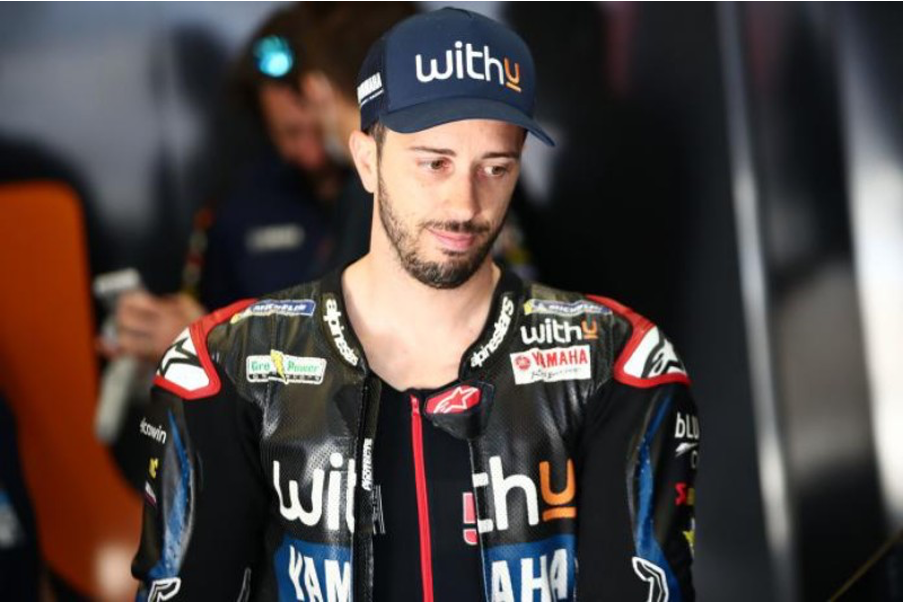 Andrea Dovizioso’s results are currently far below expectations. A time off and the switch from Ducati to Yamaha are difficult for the WithU Yamaha RNF MotoGP team rider. According to his own words, he is in a bad situation.

His hopes have been dashed in the first half of the season, as he has found himself fighting with his M1 on several occasions.

“It was bad again, I expected to push, but I couldn’t from the first lap. So I just tried to survive and finish the race some how.” Dovizioso said.

“It’s very strange, but when you see the lap times of the leading group I’m a bit surprised, because without grip this was possible.” Dovizioso added.

According to Wilco Zeelenberg, team manager of the WithU Yamaha RNF MotoGP team, the current situation is difficult, as he described it last weekend in Jerez.

“It is clear that Dovizioso is currently in a difficult package. The information and feedback he can give and give about the bike is great, but the biggest problem is that everything he’s learned on the Ducati over the past eight years now has to unlearn on the Yamaha.” Zeelenberg said.

“Dovi is definitely not a bad rider but take a good look at the time lists. A few tenths of a second can easily save you ten places on the list. It’s a difficult situation,” he added.

Dovizioso returned to action during the Jerez MotoGP Official Test a day after the MotoGP race on the southern Spanish circuit. The Italian clearly used this test to cover as many kilometers as possible, test different settings, and adapt his driving style.