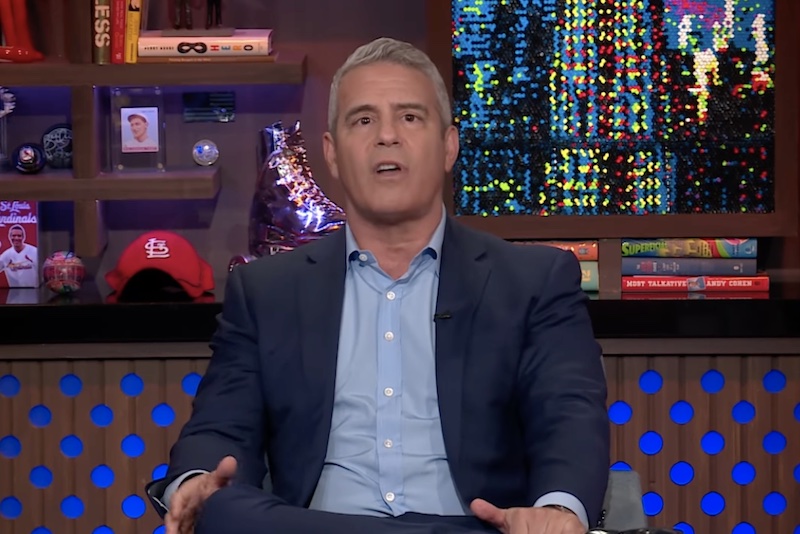 Bravo TV personality Andy Cohen delivered a message of support for the gay community during this past Monday’s taping of his show Watch What Happens Live, when he took a moment to address the ongoing monkeypox outbreak, which the World Health Organization has declared a public health emergency.

In the clip, later posted to his Instagram, Cohen encouraged gay and bisexual men to stay vigilant and stay safe, while calling out others for stigmatizing queer men who become infected with the virus that causes monkeypox.

“After what’s been an abysmal response from our government so far, I’m hoping this new order will help our leaders actually deal with this threat and pressure the federal government to deploy badly needed resources like vaccines, which have been very hard to come by,” Cohen said.

He then directly spoke to his gay audience.

“I want to speak to my gay brothers for a minute,” the 54-year-old host said. “We need to take this seriously because this is affecting us at much higher rates than others right now so be aware, get vaccinated if you can and please — I know it’s summer and we all have COVID fatigue — but please be safe. Don’t take unnecessary risks. I know it’s summer, but keep it locked up.”

The director-general of the World Health Organization recently suggested that gay and bisexual men should reduce their number of sex partners amid the outbreak, given that the virus spreads easily through skin-to-skin contact, as well as through infected materials, such as sheets and towels, that have touched monkeypox lesions.

Cohen then called out government officials and those in the media, without mentioning any by name, for attempting to stigmatize gay men who have contracted the virus — following a pattern that was common during the early years of the AIDS epidemic and displaying scapegoating behavior that Dr. Anthony Fauci warned against in a recent interview.

“At the same time,” Cohen said, “I call on everyone in the government and the media to not stigmatize our community, which is already under attack from many who’d rather use us as a scapegoat than help us. And if you’re not a gay man, you might think this doesn’t affect you now, but this is everyone’s problem because as we’ve learned from very recent history: Unless we act now these things can get a whole lot worse very quickly.”

The Instagram video has since gained over 80 thousand likes and had to have the comment section limited due to the large volume of comments,

Cohen’s comments came hours after the White House named its chief coordinator and deputy coordinator of the U.S. response to the monkeypox outbreak. The two tapped for the honor, Bob Fenton Jr. and Demetre Daskalakis, will be tasked with coordinating and managing response efforts and working with local health departments to track the disease and ensure there are adequate testing supplies, vaccinations, and treatments to curb the spread of the virus.

In most cases, the virus manifests in a painful rash, consisting of blister-like lesions, that takes from 2-4 weeks to clear up. While most cases have not been fatal, there have been three deaths reported — one in India and two in Spain — which health officials have attributed to the virus. Given the virus’s rapid spread, many health agencies have declared a sate of emergency and attempted to engage in contact tracing, to encourage those who may have been exposed to seek post-exposure prophylaxis. If treatment is administered within the first four days of potential exposure, it can help avoid the onset of symptoms or at least lessen the severity of them, resulting in faster recovery times.