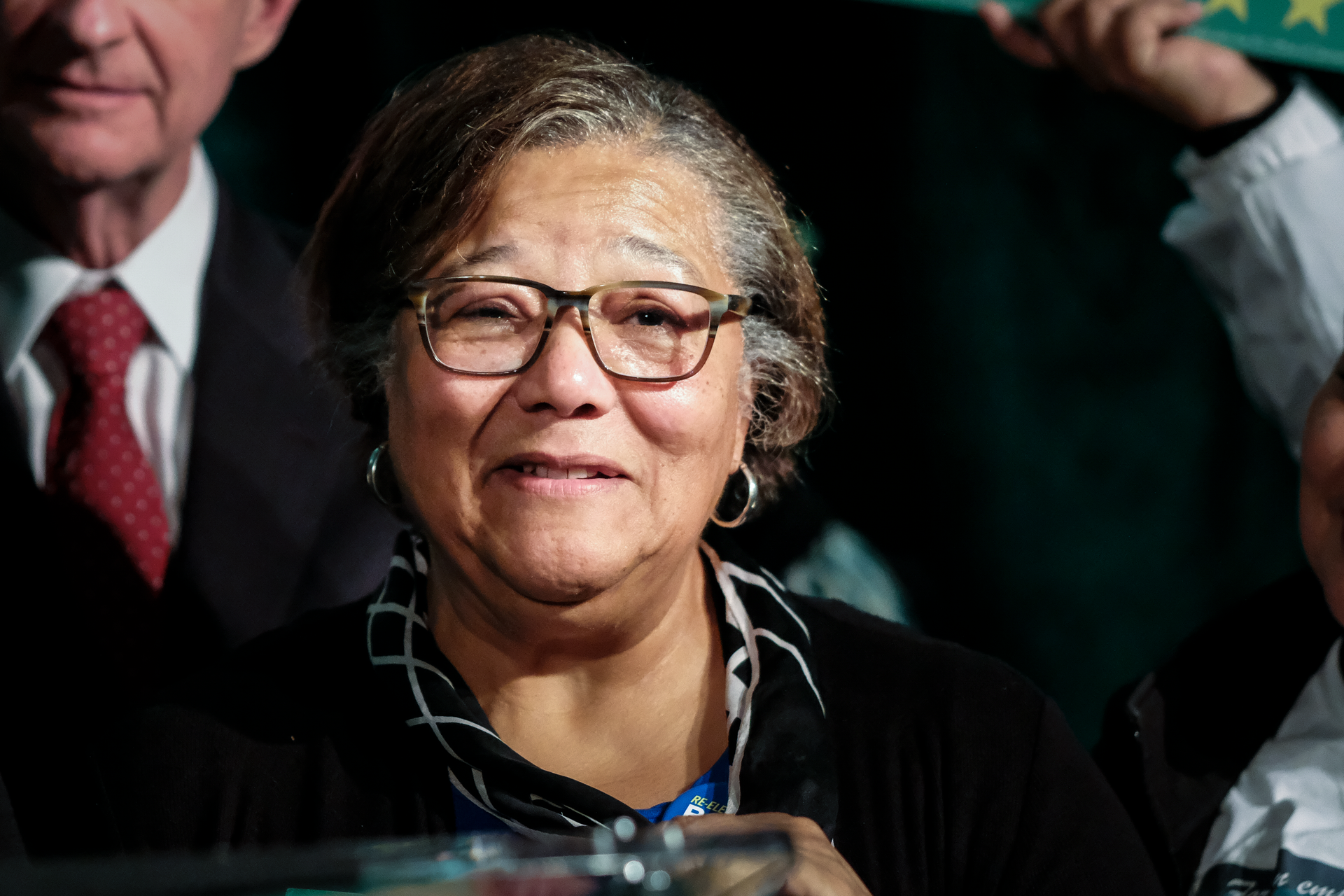 Most political missives stuffing D.C. mailboxes these days look pretty much the same, plastered with bright colors, block lettering, and smiling faces, so it can be easy to disregard them entirely on the way to the recycling bin. But every now and again it’s worth taking a closer look.

Loose Lips did just that when a mailer from At-Large Councilmember Anita Bonds hit his mail slot late last week, simply because it’s a bit more detailed than most. Beyond the generic pledges to provide “reasonable, responsible, and results-oriented leadership,” Bonds’ mailer boasts of a whole host of endorsements (including many that weren’t previously announced by the campaign).

The big names at the top of the mailer aren’t all that surprising—Council Chairman Phil Mendelson, Ward 7 Councilmember Vince Gray, and former Mayor Tony Williams all get top billing and space for quotes praising Bonds. But the 68 “community leaders” listed below them are a bit more unusual.

Some are current or former elected officials whose endorsements often appear in political advertisements, such as At-Large State Board of Education Rep. Jacque Patterson or former councilmembers David Catania, Arrington Dixon, and Brandon Todd. Others are a bit more obscure, the sort of under-the-radar politicos that Bonds has been dealing with for decades, but not exactly headline names for your average voter.

When LL tweeted out a photo, puzzled replies started rolling in right away. Some of those named on the mailers say they weren’t consulted by Bonds before they were included among her endorsers (even if they do indeed back the councilmember), which seems like poor manners, at the very least. One of Bonds’ rivals in the at-large race, ANC 3/4G01 Lisa Gore, happened to notice something even more surprising: Bonds has included one of her endorsers, the Rev. Anthony Motley.

LL didn’t make the connection at first because the mailer lists him as “Rev. Andrew Motley” in a bit of an embarrassing mix-up, but Bonds’ campaign confirms that it is referring to Anthony Motley. And the longtime Ward 8 activist (and former Marion Barry pal) did indeed send out a June 10 email announcing his decision to back Gore, praising her as “​​a unifier, and not a complainer,” according to a copy forwarded to LL.

In a statement, Bonds’ campaign notes that Motley “indicated to the councilmember several times, in public meetings, that he was supporting her campaign,” and that “we only discovered after the production of the mailer that he had changed his mind, which he is surely free to do.” Motley tells LL that that’s all true enough. He did initially plan to back Bonds, but the full story is a bit more complicated.

Motley says he changed his mind two weeks ago, after Bonds pledged to attend (and then no-showed) a June 1 forum focusing on public safety and policing. He was impressed by Gore’s pitch, and since, in his view, those are the two most important issues in this election, he switched horses.

“I really thought she was the better person to discuss the issue and promote the issue,” Motley says. “So after the event, I had a chance to really consider things, and I called Anita to let her know what my decision was.”

So either the campaign wasn’t able to respond quickly enough to get Motley’s name off the mailer, or the message never made it from Bonds to the rest of her staff. Whether Bonds or Gore could really make much use of Motley’s support (given his history of lifting money from grants meant to help foster children) is another matter entirely.

But it all adds up to a bit of an embarrassing episode for Bonds, given the other irregularities with the mailer. Consider, for instance, Bonds’ decision to list support from the Service Employees International Union.

Unlike with some of her other union endorsements, Bonds doesn’t list a specific chapter number of the SEIU on the mailer. And unless the entire 2 million-member union is lending her its backing, she must have a specific local in mind.

Yet LL can’t figure out who she’s referring to. A spokesperson for 32BJ, one of D.C.’s more politically active chapters representing janitors and other office building workers, says they aren’t backing Bonds. The same goes for Local 500, which represents workers at local colleges and universities, and for Local 1199, which is made up of healthcare workers.

The only other possibility is Local 722, repping workers in local hospitals. Their leadership didn’t respond to a request for comment. Bonds’ campaign also did not answer LL’s questions about which SEIU chapter has endorsed her.

Another name on the mailer worth mentioning: Chief Tenant Advocate Johanna Shreve (misspelled on the mailer as “Johana”), the head of the Office of the Tenant Advocate since it was created back in 2006. It’s not against the law, exactly, for D.C. officials to back political candidates—Department of Energy and Environment Director Tommy Wells has been a big booster of Monte Monash’s run in Ward 3, for instance—but Shreve’s role in the housing world does make her endorsement feel a bit questionable.

Bonds chairs the Council’s housing committee, which oversees Shreve’s agency, so this endorsement amounts to Shreve picking which lawmaker she’d like grilling her during oversight hearings. Bonds is notoriously a light touch in these settings, so it’s probably not a shock that anyone at a housing agency would want her to stick around. Shreve, who did not respond to a request for comment, has also donated to Bonds’ past runs for office.

More than anything else, these problems with the mailer are just more of the same for Bonds. It’s never been a shock to see her stepping right up to ethical lines, but not crossing them, or see her fail to pay attention to detail.

If a councilmember can’t manage to get the right names (or even the correct spellings) on a political mailer, then it’s not exactly a shock to see them accidentally out a whistleblower during a public hearing, is it?