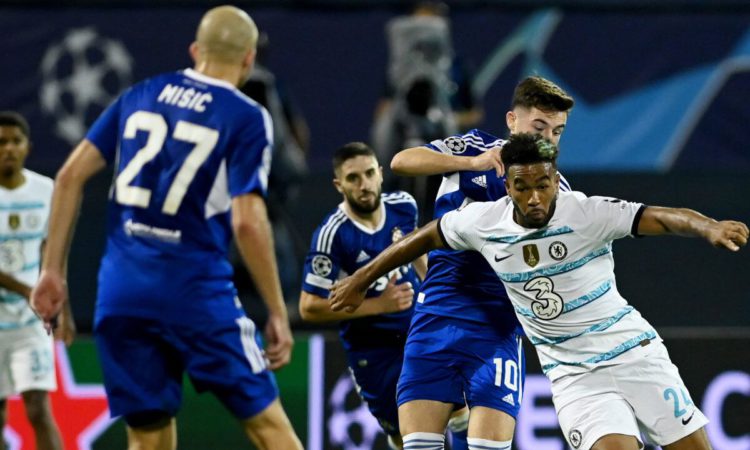 Another Awful Performance, What’s Wrong With Chelsea? Chelsea must recognize the superiority of the host Dinamo Zagreb on the first Matchday of the UEFA Champions League (UCL) with a narrow 1-0 score in the match which was held at the Maksimir Stadium on Tuesday.

The kick off of the Champions League has just begun and immediately presents a surprise because Chelsea immediately lost in their inaugural match against Dinamo Zagreb. Thomas Thucel’s men are indeed in a phase of declining performance even before facing this match they had to struggle to get 3 points in the Premier League match week 6 against West Ham United where in that match they needed 88 minutes of the game to win the game overall. dramatic

And even in the premier league standings, their position is also not too good and only ranks 6th by collecting 10 points from 3 wins, 1 draw and 2 defeats. Their poor performance also continued to the champions league. They conceded just 13 minutes into the game and were unable to score a goal back to at least secure a draw. Actually what is wrong with the team based at Stamford Bridge?

Even though in last night’s match the blues had also fielded Aubameyang, whom they recruited in the closing seconds of the transfer market. They also have Raheem Sterling who they signed from Manchester City. Playing relying on the 3-4-3 formation by relying on the trio of Aubameyang, Sterling and Harvetz did make the blues dominate the game with possession of the ball reaching 69% compared to 31% of the hosts and creating many shots but from 15 shots only 3 were on target the same with the hosts also having 3 shots on goal but from 6 attempts

In the first 10 minutes Chelsea were aggressive in attacking but they were careless to defend as a result this opportunity was used by Dinamo Zagreb to steal a goal and this was proven in the 13th minute with a fast counter-attack pattern the Croatian team was able to find the net through Mislav Orsic Chelsea. And Dinamo Zagreb managed to lead 1-0.

In a left position, Chelsea tried to press more but the hosts’ neat defense made the blues courtiers overwhelmed. The score 1-0 for the hosts’ advantage lasted until the first half was over. In the second half, reflecting on the previous premier league match, Thomas Tuchel again made a number of substitutions. Hakim Ziyech, Cristian Pulisic, Jorginho, Marc Cucurella and Armando Broja have all been added to make a difference to Chelsea’s game

Chelsea were able to create two golden opportunities in the last 10 minutes of the match but unfortunately the chances from Jorginho and Reece James were thwarted by Dominic Livakovic quite nicely. Even the host’s goal cannot be broken until the referee blows the long whistle signaling the end of the match

This result brought Dinamo Zagreb temporarily to the top of the standings while Chelsea as caretaker because the other Group E match between AC Milan and RB Salzburg ended in a 1-1 draw. Thomas Tuchel admitted that he was surprised by the performance shown by his team, who often lost focus so that they were overwhelmed by the counter attacks launched by the hosts and also the lack of determination shown by Chelsea as a team and the lack of aggressiveness of the players so they had to accept this defeat.

This is certainly a serious homework for the blues to be even better in facing the next match and be able to win to make it easier for them to qualify for the next phase. The management is definitely looking for an encouraging performance in the next upcoming matches and Tuchel definitely needs to up his tactical game. What’s Wrong With Chelsea? Tuchel knows.