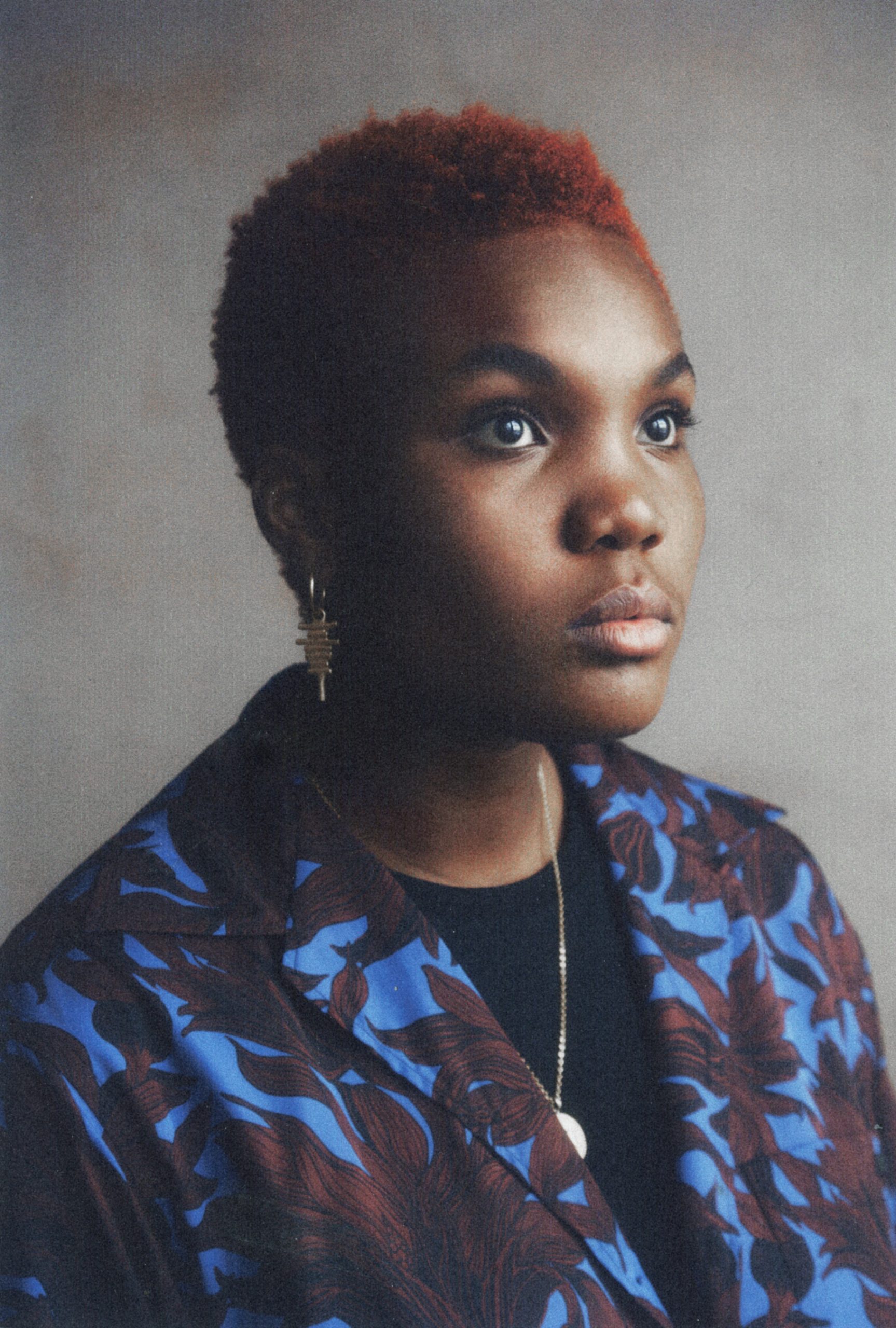 As we slide toward the fall, don’t let the impending seasonal change stop you from enjoying one more outdoor concert. This week presents multiple opportunities to dance, a chance to watch others move their bodies, two nights of Arlo Parks, and an ongoing art exhibit at the site of the former Lorton Reformatory.

Thursday and Friday: Lupe Fiasco at the Howard Theatre

One night in D.C. was not enough to celebrate the 15th anniversary of Lupe Fiasco’s Grammy-nominated second album, Lupe Fiasco’s The Cool. Due to high demand, the Howard Theatre added a second show on Thursday, Sept. 8 so fans can reminisce over hits like “Paris, Tokyo” and “Superstar.” Devotees of the Chicago MC, who listen to more than just the singles, are in for a treat because Fiasco will perform his entire album from start to finish. Released in 2007, The Cool is one of the rare follow-up projects to glide past the “sophomore slump” and onto critical acclaim, selling more than 140,000 copies in its first week. Building on his 2006 debut album, Lupe Fiasco’s Food & Liquor, The Cool explores the temptations of street life, navigating the music industry, traveling the world, and questioning his artistic abilities through the lens of a fictional character Michael Young History, and features memorable performances from Matthew Santos, Snoop Dogg, and Gemini. From tracks like “Streets on Fire,” depicting an apocalyptic world where “the virus is spreading in all directions,” to the graphic telling of children with access to “AK-47s that they shooting into heaven” on  “Little Weapon,” the album still slaps all these years later because its themes remain, sadly, relevant. Following his five-city mini tour, the fast-rhyming lyricist hopes to retire the project once it’s certified platinum by the Recording Industry Association of America, which would be a first for Fiasco. But as of June 2022, he has plenty of new material on his latest album, Drill Music in Zion, to share. Although Washingtonians may argue with the rapper about what “the best city in the whole wide-wide world” is, there’s no doubt where the best spot in town will be on Thursday night. 7 p.m. at the Howard Theatre, 620 T St. NW. thehowardtheatre.com. $39.50–$75. Sold out Friday. —Alexis P. Williams

2022 marks the 100th anniversary of James Joyce’s modernist classic Ulysses. Maybe you never got around to reading it during an undergraduate literature course, so for the uninitiated: the novel examines the Dublin wanderings of Leopold Bloom over the course of one day, making the quotidian unfamiliar and rewriting Irish history while making literary history. Solas Nua, D.C.’s premiere contemporary Irish arts organization, fittingly has devoted much of this year’s programming to celebrating the importance of Ulysses, while making the intimidating work accessible through lectures, films, and other events. This continues with Yes and Yes, a newly commissioned dance piece by Liz Roche Company, one of Ireland’s leading contemporary dance groups. The performance, which will travel to Cincinnati and Philadelphia before heading to Dublin and Cork, is an abstract interpretation of Ulysses with multimedia components, including an original score, and film and light projections. “Liz is a very dynamic choreographer, and I knew she could think ekphrastically about translating the novel into a new medium: dance. Joyce’s Ulysses is intimidating, but Liz is from Dublin and responds to the work through the body and movement,” says Miranda Driscoll, executive director of Solas Nua. “We were both interested in it being a women-focused piece.” Yes and Yes recalls the first and final words of the last chapter in Ulysses, in which Molly Bloom lies in bed next to her slumbering husband, reflecting upon the joys and disappointments of married life, her indiscretions with other men, and in the final famous lines, she recalls the ecstatic first time she consented to Leopold’s embraces: “And yes I said yes I will Yes.” Driscoll wants audiences to say “yes” to this performance: “This is an exploration of literature through dance. You certainly don’t need to know Ulysses to enjoy that.” 8 p.m. at Atlas Performing Arts Center, 1333 H St. NE. solasnua.org. $20–$45. —Colleen Kennedy

One dictionary definition of “emergence” is the “process of coming into view or becoming exposed after being concealed.” That feels fitting for the ongoing Emergence exhibition, a partnership between Justice Arts Coalition and Workhouse Arts Center. The Workhouse Arts Center, where Emergence is currently on display, was formerly known as the Occoquan Workhouse, the Lorton Correctional Complex, and the Lorton Reformatory. There, incarcerated people built and rebuilt the complex, and maintained pastures, orchards, a poultry farm and a blacksmith shop as part of an agricultural work camp. Then, in 2001, the prison closed, and the Workhouse Arts Center eventually emerged in its space. Reclaimed as a public space for art and engagement, it now hosts regular visual and performing arts classes as well as a variety of community events. Over the next several weeks, it will also house Emergence, featuring 50 pieces from more than 30 artists—including Obie Weathers, Sean White, Nhut Vo, and Valentino Amaya—who were previously or are currently confined to carceral institutions. A testament to this reality and the history of the Workhouse, Emergence “invites viewers to explore and question the circumstances in which the venue and artwork were made.” On display through Oct. 16 at Workhouse Arts Center, 9518 Workhouse Way, Lorton. Free. workhousearts.org. —Sarah Smith

“Let’s go to a function,” rings out the opening lyrics of Jive Talk’s fresh, retro-indie tune “This Town.” If there’s one function not to miss this week, it’s the Nashville, Tennessee, band’s appearance at DC9 on Sept. 12. Don’t forget your shoulder pads and smokey eyeshadow to complete the transformation to sexy ’80s club concertgoer ready to melt under deep grooves and delicious melodies. Jive Talk has a special brand of synth-drive, funk-meets-disco at the crossroads of Roxy Music, the English Beat, and Talking Heads. Their funny, ironic lyrics, and danceable rhythms promise a good time. In the space where the late ’70s meets the early ’80s, the band catapulted a burgeoning new wave to life, while keeping the best of the retro, disco grooves intact for music that doesn’t sound recycled, or worse, heard too many times before. Instead, Jive Talk found their perfect niche for a shiny, fresh sound that exists between the space of funk and disco. So retro, yet previously unexplored into such perfection, their sound is so new, so groovy, and oh so danceable. Some songs, such as “BSX,” start off with New Order-inspired beats and an apathetic voice a la Julian Casablancas to create modern post-punk, whereas songs like “The Wallflowers” have seductive Brian Ferry vocals and Psychedelic Furs synths. The group’s fresh energy and vibrant live shows breathe fresh air into every city. Don’t miss Jive Talk at DC9, you might see them before they appear on the roster for the next big music festival. 8 p.m. at DC9, 1940 9th St. NW. dc9.club. $13–$15. —Simone Goldstone

It’s been a big year for Arlo Parks. At the beginning of 2021, the London-based artist released her debut studio album, Collapsed in Sunshine, which peaked at number three on the UK Albums Chart, and won the 2021 Hyundai Mercury Prize for Best Album. In the past year, she’s performed as the opening act for Harry Styles, Billie Eilish, and Clairo and also collaborated with Phoebe Bridgers at the 2022 Glastonbury Festival. This week, she starts her North American “Collapsed in Sunbeams” tour, which stops at 9:30 Club this week. While the first show is sold out, a second show has been added for Sept. 13 so more Washingtonians can enjoy the performance.  In D.C.—and for the first leg of the tour—Parks will be joined by fellow indie pop artist Del Water Gap, who will be performing songs from his recently released self-titled debut LP. Through Parks’ partnership with PLUS1, for each ticket sold, $1 will go to the U.S. Fund for UNICEF. 7 p.m. at 9:30 Club, 815 V St. NW. 930.com. $36. —Hannah Docter-Loeb

Thursday: Lombardi Live with White Ford Bronco at The Bullpen

Georgetown University’s Lombardi Comprehensive Cancer Center is one of a select group of nationally recognized cancer centers that lead the way in research, treatment, education, and community outreach, and the only such center in greater D.C. As part of its mission to serve and engage its surrounding community, a group of young professionals known as Friends of Lombardi hosts a series of signature events. This fall, they are giving music lovers a chance to donate to a good cause while rocking out to covers of favorite songs from Shania Twain, Red Hot Chili Peppers, Counting Crows, and Third Eye Blind. Beloved all-’90s cover band White Ford Bronco, which consists of Diego Valencia, Gretchen Gustafson, Ken Sigmund, Billy Wood, and Sean McCauley, is headlining the Friends of Lombardi’s fourth annual Lombardi Live concert. Billed as a “concert to end cancer,” all proceeds will go toward efforts to prevent, treat, and cure cancer. Concertgoers will jam out at The Bullpen and VIP ticketholders will also get exclusive access to dinner from Buffalo & Bergen. If you’re looking to maximize your impact, Friends of Lombardi is also offering a variety of sponsorship opportunitiesranging from $500 to $10,000 ahead of the concert. 5 p.m. at The Bullpen, 1201 Half St SE. friends.lombardi.georgetown.edu. $25–$50.—Sarah Smith