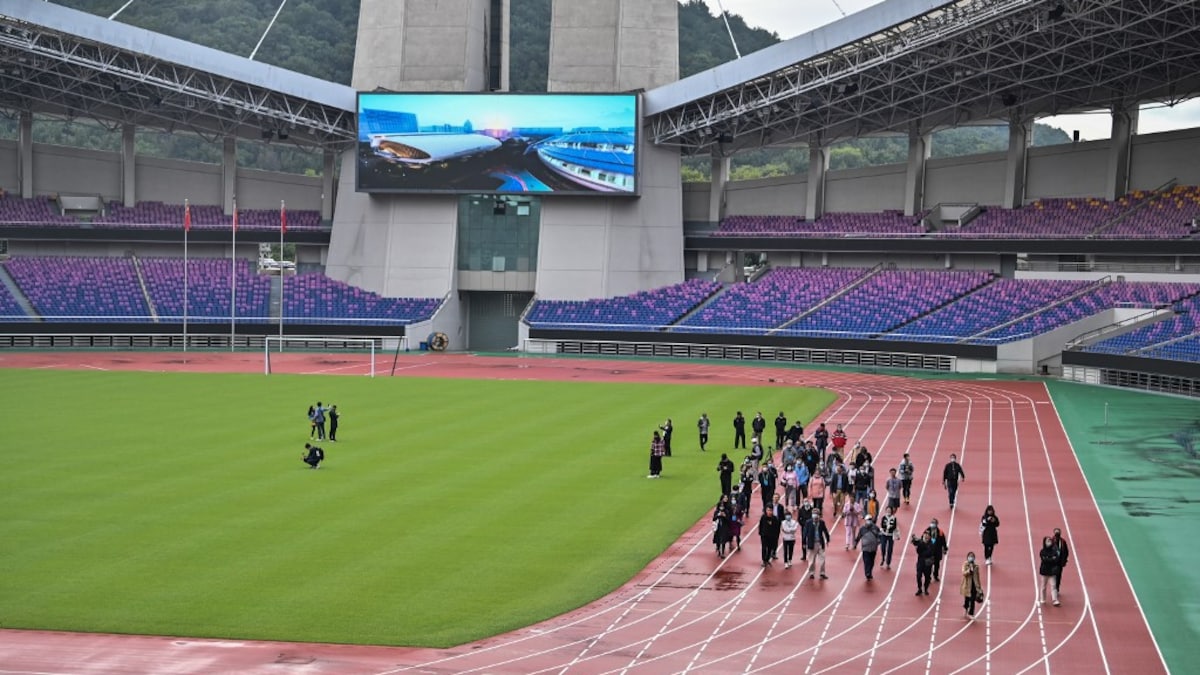 Picture of the Zhejiang Huanglong Sport Centre Stadium in the city of Hangzhou.© AFP

Australia said Sunday it will not be sending athletes to this year’s Asian Games in Hangzhou, China. The Olympic-sized event is scheduled to be held in Hangzhou from September 10-25, less than 200 kilometres (125 miles) southwest of Shanghai, which is battling a large Covid-19 outbreak. The Olympic Council of Asia had invited a total of 300 athletes and 150 support staff from nations in Oceania to participate for the first time in the multisports event. “No athletes from Australian sports” will take part, an Australian Olympic Committee spokesman said in a message to AFP.

Organisers of the Hangzhou games say they are developing a virus control plan, building on the Beijing Winter Olympics held in February.

But they have provided few details of how they intend to hold the games if China’s strict zero-Covid policy remains unchanged.

The city of 12 million will become the third in China to host the continental competition after Beijing in 1990 and Guangzhou in 2010.

Some events will be held in other provincial cities including Ningbo, Wenzhou, Huzhou, Shaoxing and Jinhua.

All 56 competition venues for September’s Asian Games and Asian Para Games have been completed, organisers say.