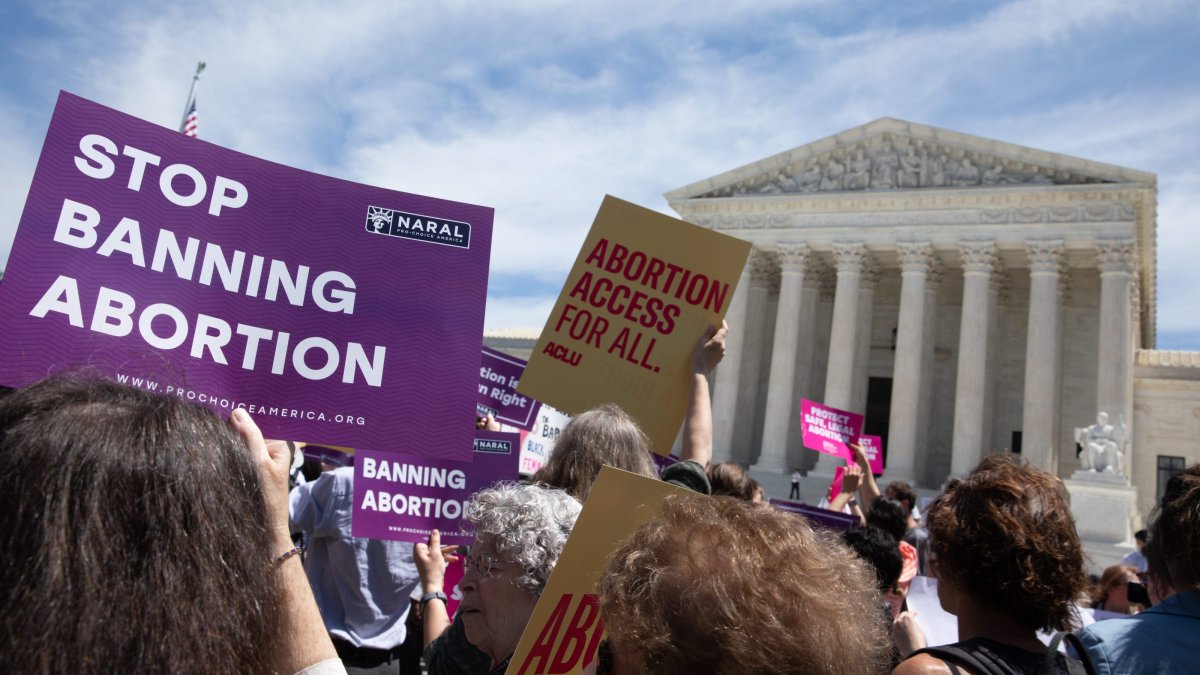 An abortion rights demonstration with an estimated 17,000 people is planned for Saturday on the National Mall in Washington, D.C., a permit approved by federal officials says.

The Bans Off Our Bodies demonstration, organized in part by the Women’s March, is set to take place Saturday, May 14.

Reproductive rights and women’s groups are mobilizing in the wake of a leaked draft opinion that indicates Supreme Court justices are poised to overturn Roe v. Wade, the 1973 decision that affirmed the right to abortion access.

Participants are expected to meet on the grounds of the Washington Monument at noon for a rally and then march to the Supreme Court at 2 p.m., a permit issued by the National Park Service says.

The event is organized by Women’s March, Ultraviolet, MoveOn.org and Planned Parenthood, the permit says.

The first Women’s March brought scores of demonstrators to D.C. on Jan. 21, 2017, the day after President Donald Trump took office.

The National Park Service regularly approves permits for a range of First Amendment events in D.C.