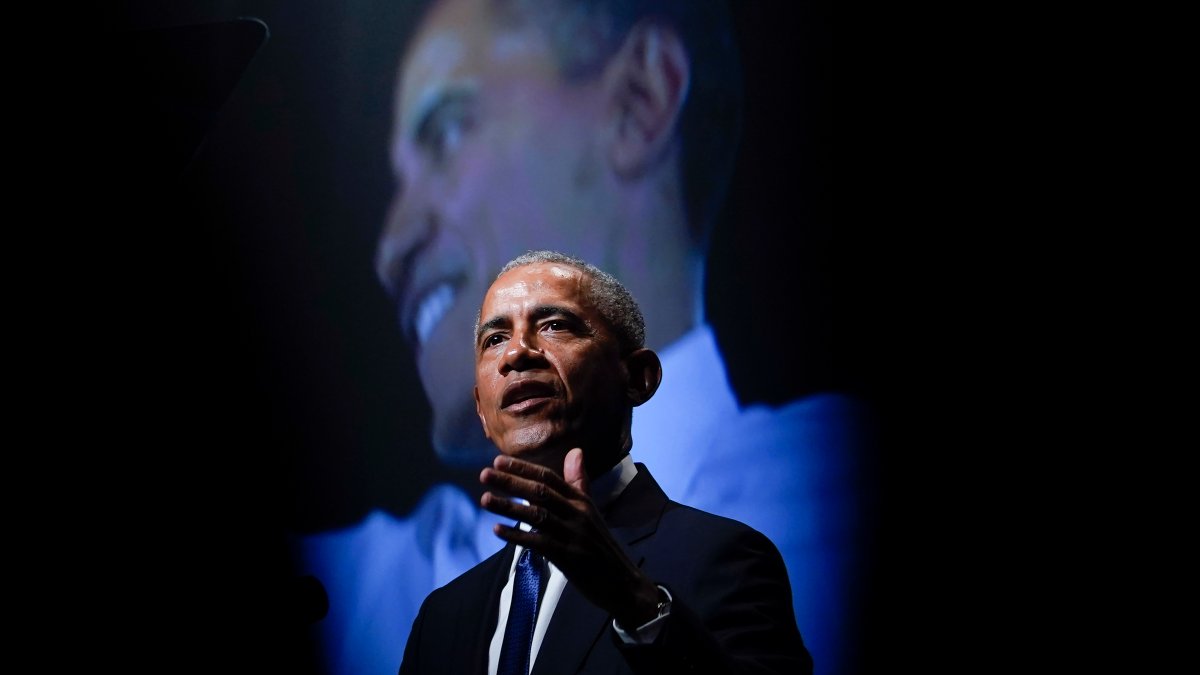 Barack Obama is halfway to an EGOT.

The former president won an Emmy Award on Saturday to go with his two Grammys.

Obama won the best narrator Emmy for his work on the Netflix documentary series, “Our Great National Parks.”

The five-part show, which features national parks from around the globe, is produced by Barack and Michelle Obama’s production company, “Higher Ground.”

He was the biggest name in a category full of famous nominees for the award handed out at Saturday night’s Creative Arts Emmys, including Kareem Abdul-Jabbar, David Attenborough and Lupita Nyong’o.

Barack Obama is the second president to have an Emmy. Dwight D. Eisenhower was given a special Emmy Award in 1956.

Barack Obama previously won Grammy Awards for his audiobook reading of two of his memoirs, “The Audacity of Hope” and “A Promised Land.” Michelle Obama won her own Grammy for reading her audiobook in 2020.

EGOT refers to a special category of entertainers who have won an Emmy, a Grammy, an Oscar and a Tony. To date, 17 people have done it.

The late Chadwick Boseman also won an Emmy for his voice work on Saturday. The “Black Panther” actor won for outstanding character voiceover for the Disney+ and Marvel Studios animated show “What If…?”

On the show, Boseman voiced his “Black Panther” character T’Challa in an alternate universe where he becomes Star-Lord from “Guardians of the Galaxy.”

It was one of the last projects for Boseman, who died in 2020 of colon cancer at age 43.

Psychologist Erlanger Turner speaks to the significant impact that the film “Black Panther” had on the lives of Black children and provides tips for coping with emotional stress due to the loss of Chadwick Boseman, systemic racism and COVID-19.