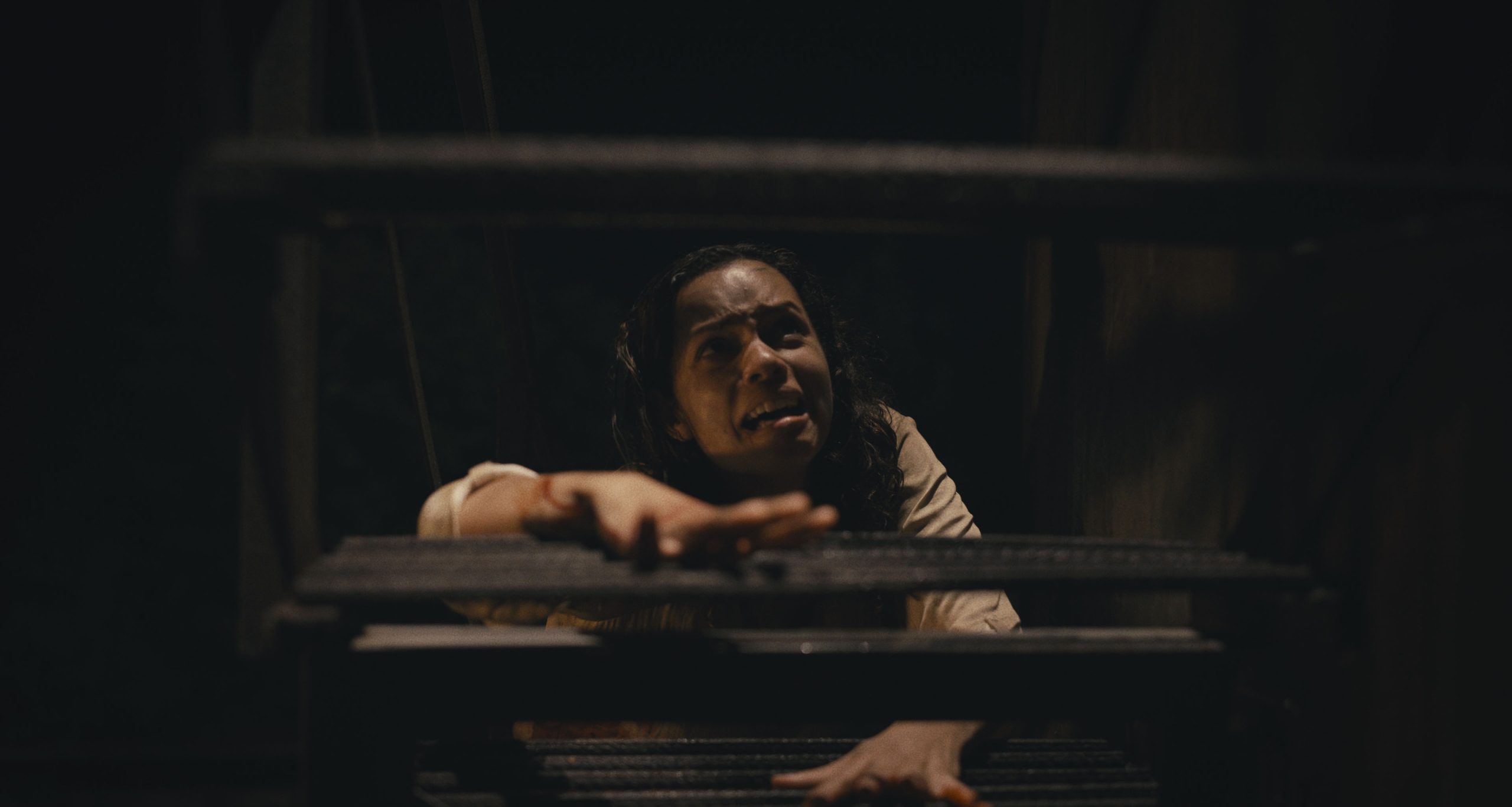 The concept of an Airbnb is kind of creepy. The idea that you can rent someone else’s home, or simply a room within it, requires a kind of trust that we should probably consider more carefully. You don’t really know the owner, just as it is impossible for them to really know you. A handful of reviews is not a lot of information, and at least the hotel industry is better regulated. It is clear this kind of anxious thinking inspired Zach Cregger, the writer and director of the new horror film Barbarian. His film is a nightmare Airbnb scenario, one that starts bad and gets worse in ways that are impossible to predict. That unpredictability and sense of possibility, rare to the horror genre nowadays, also makes the film terrific fun, provided you accept the macabre level on which it operates.

When Tess (Georgina Campbell) arrives at her Airbnb in Detroit in the middle of the night, the key is not in the lockbox. Angry and desperate, she calls the number for the property manager, but gets no help. Then a light turns on, and Keith (Bill Skarsgård) answers the door. There’s been a mix-up: They booked the same spot through different apps, which leads to an awkward situation. Keith invites Tess inside, out of pity and politeness, and they start to talk. She does not quite trust him, so he attempts to diffuse the situation. Right away, it is impressive how Cregger escalates the tension while keeping the conversation between his characters civil. But once Tess and Keith relax and find some common ground, Cregger reveals more about the Airbnb’s secrets, and just how deep the basement can go.

To the studio’s credit, that is all the previews and promotional material reveal about Barbarian. After the first act ends, Cregger creates the suggestions that his film could go in any number of directions. I will not get into specifics, except to say that we learn a little bit more about the Airbnb’s owner (a different person than the property manager), and the film’s title could refer to several different characters. All these discursions feed into the central question of the Airbnb’s secrets, and Cregger has devilishly constructed his story so there are moments where we have no choice but to trust him. In the hands of a lesser filmmaker, this structure could be frustrating, and yet Cregger—who is best known as a co-creator of the comedy sketch series The Whitest Kids U Know—has a shrewd sense of anticipation and surprise. Not unlike Jordan Peele, who also worked in sketch comedy before turning to feature-length horror, Cregger twists comic storytelling just enough to make it scary.

In formal terms, Cregger includes striking visual cues that add to our collective unease. The opening act with Keith and Tess is moody, a mix of dark blues and pools of wan light. It is the typical look of a horror film, so when there is a smash cut away from our likable protagonists, it is shocking because Cregger substitutes a dark, stormy night with the sunny beaches of California. Our unease about the imagery continues to a key flashback, one where Cregger uses different lenses and aspect ratios to get us thinking about the Airbnb in a new way. Although Barbarian does not have the same thoughtful subtext as Get Out, Cregger uses Detroit’s modern history to add layers of meaning. If large parts of the city were abandoned, he wonders, what might have become of the few who stayed?

Campbell only had a handful of film credits, but she is a good audience conduit because we always understand her choices, even the questionable ones. The remaining cast members, including Justin Long and Richard Brake, are chosen because their mere presence invokes something specific that Cregger can weaponize against our expectations. Putting Bill Skarsgård in the film, for example, is a brilliant decision because horror fans know him best as Pennywise, the horrific psycho clown from IT. We are unsure what to make of Keith, especially because Skarsgård again can manipulate his face so that we sense a shift from charm to menace in an instant.

Like unpredictability, actual menace is a quality that eludes a lot of horror. Jump scares and abundant gore may attract hardened fans and younger audiences, and in its own twisted way, Barbarian is more ambitious than that. The film can be violent, and yet Cregger has a noticeable disinterest in gore, opting instead to find horror through a pervasive sense of uncertainty. Curious audiences, or those willing to meet the film halfway, will find rewards and a sense of satisfaction in Barbarian because Cregger, like many other former comedians, has a keen moral sense that informs his willingness to explore comeuppance, or lack of it. Sure, it may be bad for business, but sometimes a stay at an Airbnb can be so terrible that a one-star review won’t cut it.