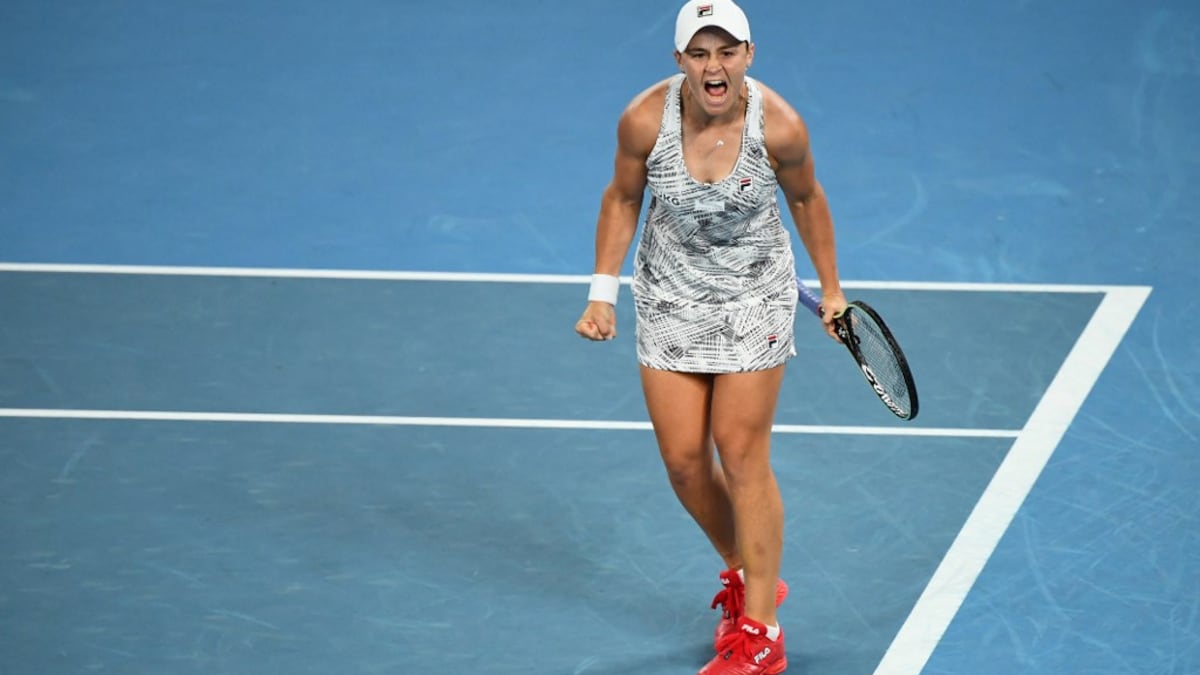 An imperious Ashleigh Barty became the first Australian to win her home Grand Slam in 44 years Saturday, halting the charge of fearless American Danielle Collins in straight sets. The world number one was 5-1 down in the second set but came storming back to win on a tiebreak and sweep past the 27th seed 6-3, 7-6 (7/2) to be crowned Australian Open champion in front of an expectant Rod Laver Arena crowd. It was a third Slam title for the 25-year-old after her breakthrough French Open success in 2019 and Wimbledon last year, joining Serena Williams as the only active players to win majors on all three surfaces.

She achieved the feat with Christine O’Neill, the last Australian man or woman to win in Melbourne, watching in the stadium.

O’Neill won the title in 1978 and told reporters before the match: “I’m probably her (Barty’s) biggest fan. I’d be happy to hand it over to her because she’s so deserving of it.

“She is an absolute thinker, she’s a craftsperson, a bit like a chess player with how she constructs the points.”

There were fears she might be overwhelmed by the weight of expectation, but the Australian has dealt with intense pressure before, none more so than at Wimbledon last year.

Winning at the All England Club was the one trophy she wanted more than any others, and she handled the occasion with aplomb.

She applied the same tactical acumen with the resurgent Collins, who has enjoyed a new lease of life after surgery last year for endometriosis left her pain free, storming to her first two WTA titles.

She countered the 28-year-old’s power-hitting and big serves with her dizzying array of slices, pinpoint serving, speed and a seamless forehand, but she had a major fright.

Both players comfortably held their early service games, offering few chances as they got a feel for each other.

But Collins was employing her powerful groundstrokes and they were causing trouble.

She worked the first deuce with Barty serving at 2-2 and a wayward forehand handed her the opening break point of the night.

The Australian, though, held firm and served out with an ace.

She then stepped up a gear and put pressure on the Collins serve to earn her first break point with a net volley, and the American double faulted under pressure to go 4-2 behind.

With the crowd roaring her on, Barty raced home 6-3 in 32 minutes.

But Collins wasn’t done and came storming back, breaking Barty for 2-0 in the second set — a fate the Australian has suffered just once before this tournament.

Collins fended off two break points to hold serve and while Barty made a statement by winning her next service game to love the American was pumped up and broke again for 5-1 as the top seed sent down two double faults.

Barty was in deep trouble but incredibly found a way back, breaking for 2-5 with some crisp winners then breaking again for 4-5 as Collins floundered serving for the set.

She forced a tiebreak and was always in charge to collect her fourth victory in five encounters with Collins and make history for Australia.