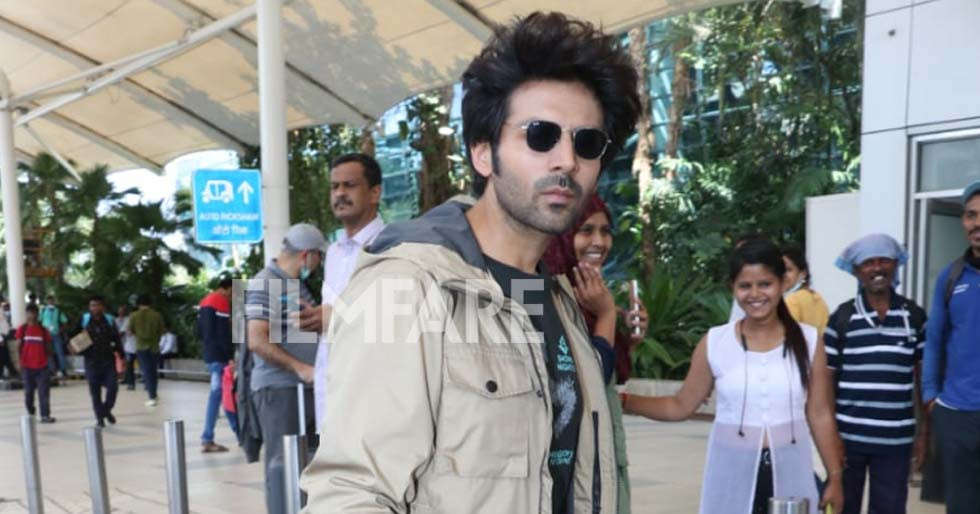 Bollywood star Kartik Aaryan is gearing up for the release of his horror-comedy film Bhool Bhulaiyaa 2. The actor has been doing promotional rounds for the film along with his co-star Kiara Advani. Today, he was snapped solo for a change at the Mumbai airport. Kartik is reportedly flying to Delhi for the film’s promotions.

In Bhool Bhulaiyaa 2 directed by Anees Bazmee, Kartik Aaryan will be seen playing Ruthan Randhawa aka Rooh Baba. The film is a spiritual sequel to the 2007 hit film starring Akshay Kumar and Vidya Balan. It arrives in cinemas on May 20.