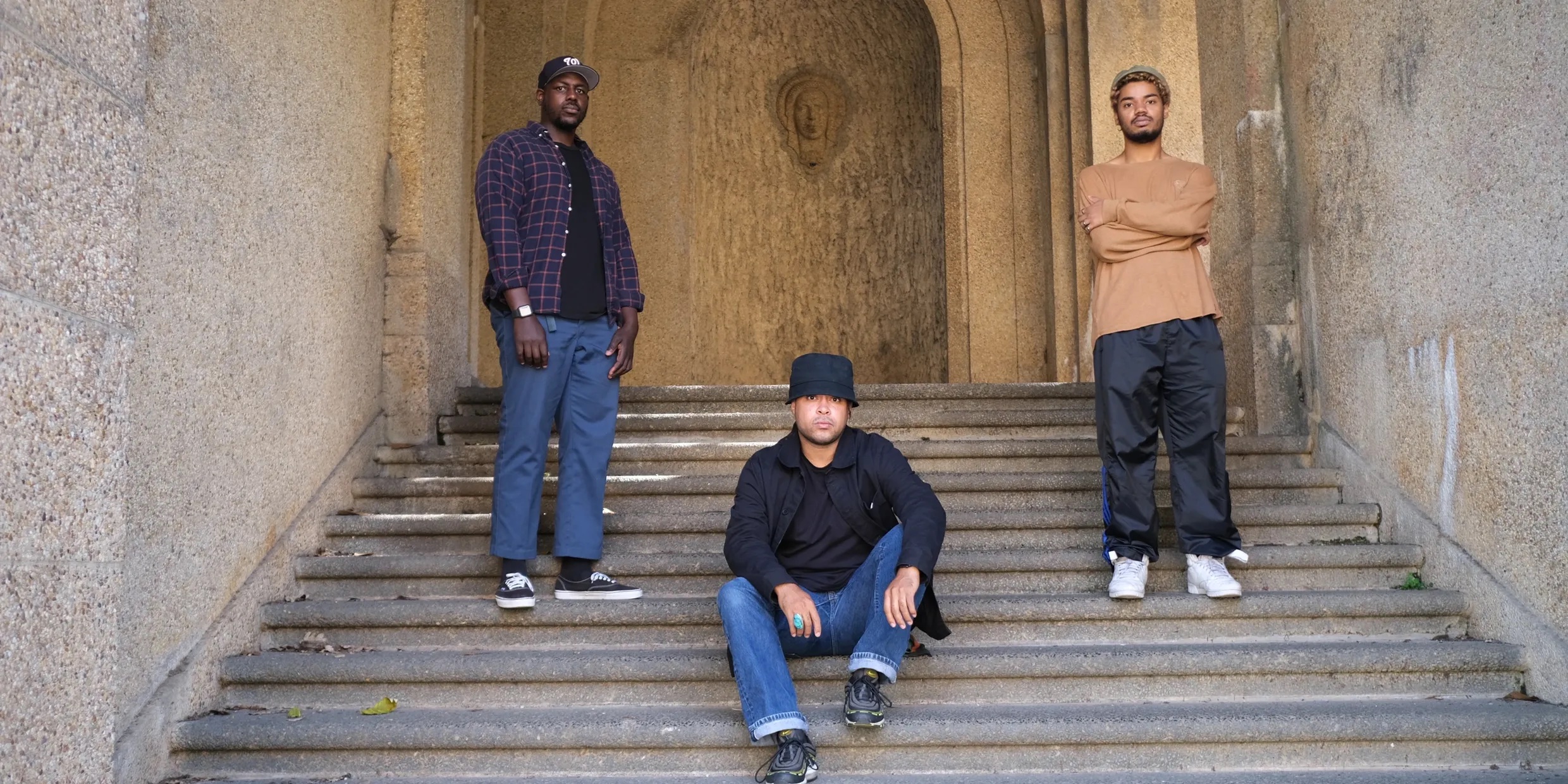 DJ NativeSun, one-third of the D.C. formed DJ collective Black Rave Culture, says the killing of George Floyd was one of the key reasons the group got together in 2020. NativeSun, born Chris Harris, says, “We, as Black men, were in this space where we were faced with how to deal with [Floyd’s murder] at that time. We were starting to deal with COVID, and then we saw this Black man get executed on television.” Harris says he and his colleagues began discussing how to address inequality in multiple industries. In the world of electronic dance music, the three felt they could tackle said industry by working together to create music that inspired them and that the group name would send a message.

NativeSun and the other members of Black Rave Culture—James Bangura, and Amal—had each recorded individual tracks during the pandemic for two compilation albums on New York’s HAUS of ALTR label. On a third September 2020 compilation for that label, they decided to release a track as a trio. Then in May 2021, HAUS of ALTR released Black Rave Culture’s debut self-titled album that the three produced themselves. Dance music sites such as boomkat.com praised the effort for the way it melded Detroit techno, New Jersey house, Baltimore club, and UK jungle.

On June 2, Black Rave Culture self-released their second album, BRC Vol. 2. Like its predecessor, the new album is full of unrelenting programmed beats with some roots drawn from electronic music’s Detroit-based Black originators, such as Juan Atkins as well as recent UK 2-step and Baltimore breaks. As on their debut, the group produced this second album themselves. Some cuts are straight-forward, fast tempo techno, while others feature skittering drum and bass rhythms. Vol. 2 is largely instrumental, and when vocals appear, they are usually sped-up, looped, or distorted. Some other elements are subtle. “Moroccan Mist” has a bit of a synth-funky 1970s Kraftwerk-like feel to it. “In My Bizness,” with guest vocalist dreamcast moe, evokes house and R&B music.

While the trio listens to diverse styles of music including South African amapiano and UK Funky, Bangura says that in crafting their tracks they try “not to think about genre at all, it’s just about creating and expressing ourselves.”

“It’s cool to be weird and make something completely different,” Amal adds.

Amal notes that most of the first album and the entire second album were recorded on a computer in Bangura’s apartment. He says, “We would get wine and hang out after work and knock out a bunch of tracks. It was all done in [the computer program] Ableton, and we would fire around ideas between us.”

Harris likens their music-making process to cooking. He says one of them will send a text saying “you trying to cook up?”

“If you have ever cooked with somebody, they’ll be in the kitchen first, and they’ll be cutting up something and somebody else will come in and start to boil something,” Harris says. “We just take turns cooking.”

Although they all share interests in electronic dance music today, each member arrived at this programmed sound approach differently. Bangura’s mom was a radio DJ who loved house music. When he was 11, she played him a Louie Vega track that inspired his love of electronic dance. As a kid, Harris made music with his family in a local church and later played in a go-go band. He also started DJing in clubs. Amal, the band’s youngest member, is a DJ and engineer for local rap acts; he’s also played drums with punk and jazz bands and notes that the age difference means he relates a bit differently to dance music. Unsurprisingly, with this music creativity between them, all three continue to release their own solo projects.

Since forming as a group, the DJ collective have performed together at local and national venues. They’ve also played in Canada, but it’s D.C. that remains a challenge.They’ve only played at three venues, including Jimmy Valentine’s and Franklin Park, in their hometown. Harris explains that electronic dance music is not the norm in D.C. and that most club owners prefer DJs who play top 40 hits instead. “It’s tough in D,C.,” says Harris. “So many spaces are closed down…especially for dance music. … I have been throwing parties here, and it’s tough because you have very little to pick from for venues.”

Despite those issues, Bangura notes that when they do get local gigs it’s worthwhile. “People really appreciate it in a big way,” Bangura says. “We had some older R&B house music enthusiasts who came to see us in Toronto, and this guy enthused that he hadn’t seen anything like us in decades. That resonates with you. We had young Black kids from Howard saying to us they love this kind of music, but never felt comfortable before in the spaces. We’re providing space for people who look like us.”

Black Rave Culture plays at 6 p.m. on June 19 at Black Techno Matters: Presents F_X_M_X_L_Y, in Franklin Park. The festival runs from 3 to 8 p.m. Free. BRC Vol. 2 is available online and via streaming.