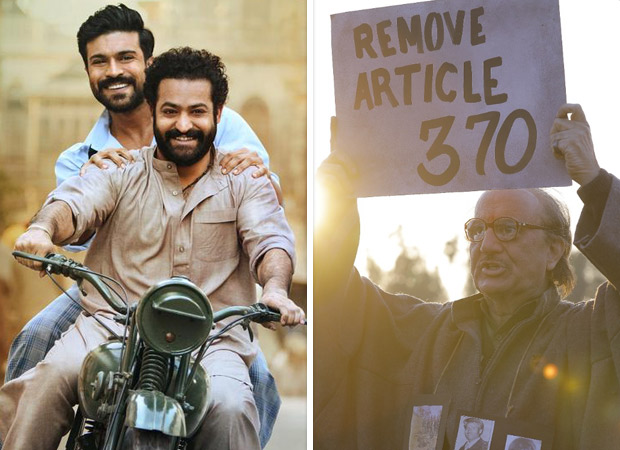 It was yet another fantastic day for Hindi films at the box office as around Rs. 40 crores came in on a single day. It was nothing less than a Super Sunday for theatres as RRR (Hindi) went full throttle while The Kashmir Files managed to keep the momentum on all over again. As a result, there were multiple houseful shows across the country again, be it the class or mass centres, multiplexes or the single screens.

Let’s talk about RRR (Hindi) first. Before the release of the film, on Thursday it looked like the film would have a Rs. 40-45 crores weekend at the best. After all, it had seemed that the first day would barely manage to enter into the double digits and then even after the best of the word of mouth, it would multiply its first day by 4 times. Well, the surprise was right at the onset itself when Friday collections came as Rs. 20.07 crores and then Saturday was Rs. 23.75 crores. After that it was a matter of time that Sunday would breach the Rs. 30 crores mark and this is what happened as Rs. 30 crores* came in. As a result, the SS Rajamouli film currently stands at Rs. 73.82 crores*.

As for The Kashmir Files, it had dropped on Friday to Rs. 4.50 crores which was on the expected lines, though Saturday had seen a good jump again with Rs. 7.25 crores. What was required was the momentum to continue and this is what happened when the Anupam Kher led film raised the bar yet again and hit Rs. 8.75 crores. This is superb indeed as it now indicates that Monday would have a good hold again and anything over Rs. 3.50 crores would be good indeed. The collections of the Vivek Agnihotri directed film now stands at Rs. 228.18 crores and the next big milestone of Rs. 250 crores is just round the corner.

Note: All collections as per production and distribution sources