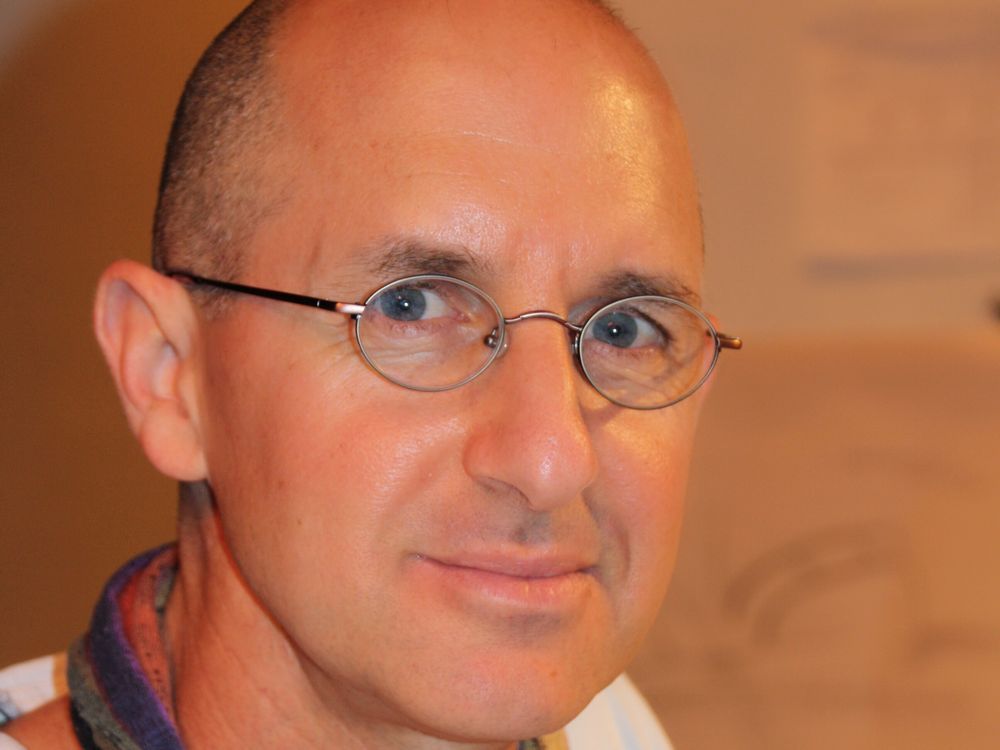 As stories go, this one didn’t begin innocently.

Decades back, Oren Safdie was set to begin Grade 11 at Montreal’s St. Georges School when the night before he received a phone call out of the blue from the boyfriend of a girl in his class. Hardly a welcoming call, the boyfriend threatened to put two bullets in Safdie’s head if he showed up at school.

And from this terrifying incident, much angst was created. So, too, was his play Gratitude, to be presented much later, at Montreal’s Mainline theatre in 2018.

As Gazette theatre critic Jim Burke was to note: “Gratitude is an unflinchingly dark (and darkly funny) exploration of sexual powerplay … A bracingly provocative and ferociously entertaining 75 minutes of theatre.”

Following high school, Safdie, son of famed Habitat 67 architect Moshe Safdie, would go on to become a much-lauded playwright. Among such plays as The Last Word and Private Jokes, Public Places was Unseamly, which played New York’s Urban Stages in 2015.

Safdie clearly made an impression on Urban Stages. As a result, the Mainline Theatre production of Gratitude premières at Urban Stages Thursday night.

Safdie had intended to bring the same original cast to New York when discussions with Urban Stages first started a few years back. Then came the pandemic.

“Two years went by, and it seemed a little too complicated to do that,” Safdie says in a phone interview from New York. “So we’ve re-cast here with local actors. It’s a bit more expensive with protocols and everything. But obviously the script and all that we built on are still there.”

Although the phone incident had taken place relatively long ago, it was while Safdie, based in Los Angeles, was visiting his mother in Montreal five years ago that the idea for Gratitude first came to him. He was visiting a local library where he used to study after school.

“I was looking to start a new play at the time. Being back in Montreal, I felt really in touch with my past. And then it all came flooding back. I was thinking that (episode) was pretty dramatic and that it’s going to make a good story. I fictionalized it a little and used another story as well that involved some other friends. It really almost wrote itself and came out pretty easily, which is not always the case.”

Safdie doesn’t shy away from the drama of his own life in his work.

“That’s what you’re supposed to do in plays,” he muses. “I do look to my life. That’s not the case with every writer. But I feel that I can’t really write about frivolous stuff. I have to feel it or be involved and know the people really well. Sometimes I step on people’s toes and pay a price for it. People definitely react. I’ve lost relationships with friends and family. But I write because it (allows me) to tell the truth about something that I feel needs to be told.”

Safdie’s award-winning Unseamly definitely falls into that category, as the story somewhat paralleled a sexual harassment case brought up against Dov Charney, his cousin and founder of American Apparel.

Safdie had originally prepared to follow in his father’s footsteps, having studied architecture at Columbia University.

“I don’t know if I ever wanted to be an architect, but I went down that route because I figured it might be easier to get a job.”

He was to change focus a little later and turn his attention to writing, where he would soon land work. It’s probably not a coincidence that his play, Private Jokes, Public Places, an off-Broadway/London hit that ruffled feathers in the architectural and academic communities, was somewhat based on his dad’s Habitat 67 experiences.

Safdie, who also teaches playwrighting and screenwriting, had drawn much acclaim for his off-Broadway play the Last Word, which starred Daniel J. Travanti. Plus, among other films he penned was You Can Thank Me Later with Ellen Burstyn. The Sunflower, for which he wrote the screenplay, begins shooting July in Serbia

“A lot of the film and television writing that I had done long before is starting to come to fruition. It was back in the ‘90s that I was writing The Sunflower — about a guy who saves the internet from collapsing — but it’s only now that it’s starting to shoot,” says Safdie, who spends considerable time in Montreal as head of the new play development and a youth playwrighting competition at Infinithéâtre.

Also in the works is a docuseries, with childhood friend Beth Elise Hawk, set in the world of architecture about how famous buildings have impacted people’s lives.

“There’s not many people writing about architecture. I’m now writing my fifth architecture play. It’s a little bit my milieu.”