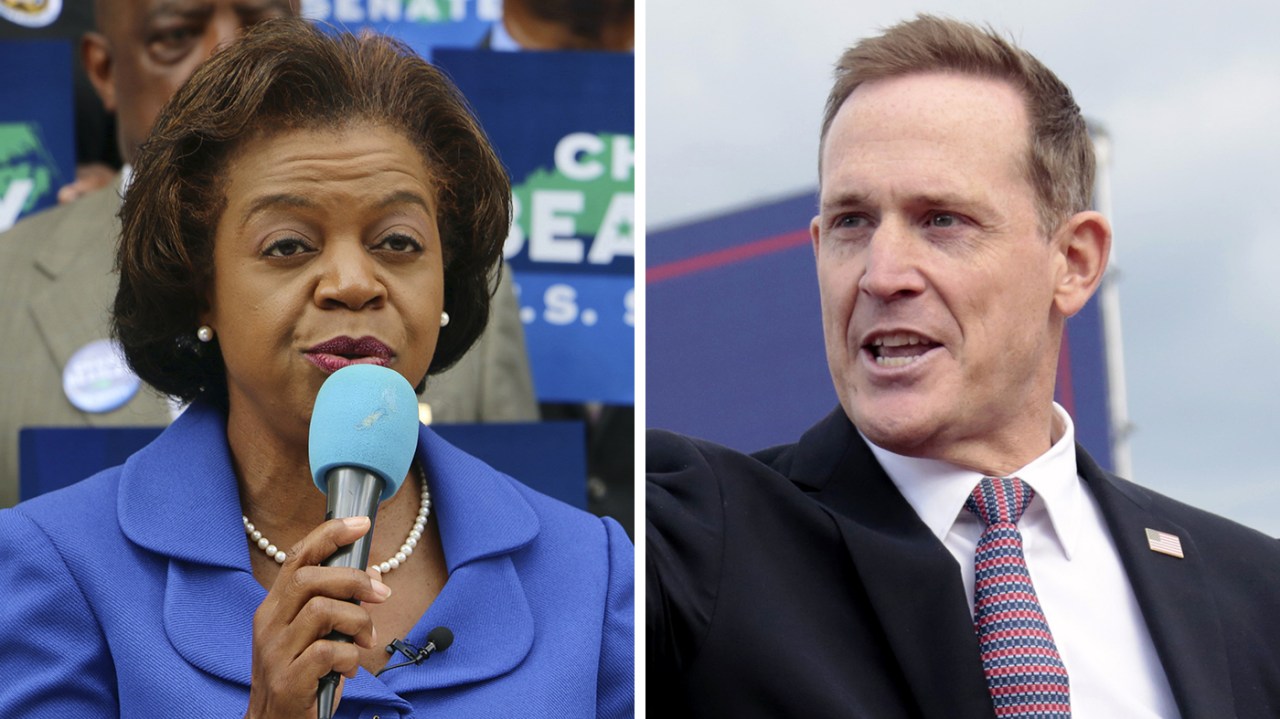 The poll found that 46 percent of somewhat or very likely voters in North Carolina said they would vote for Budd compared to 43 percent for Beasley. A separate 9 percent said they were undecided.

Budd’s support has fallen 4 points since an Emerson College Polling/The Hill survey in April found him leading Beasley 50% to 46% in a hypothetical matchup.

The polling falls within the margin of error, which is plus or minus 3 percentage points, effectively tying the two candidates. Spencer Kimball, executive director of Emerson College Polling, suggested that Beasley holds an advantage over female voters while Budd holds a more competitive edge among male voters.

“Budd leads among men by 16 points while Beasley leads among women by nine points. Notably, 81% of the undecided voters are women whose most important voting issue is abortion access (28%),” said Kimball.

But the poll found that more respondents suspected Budd would prevail in November (56 percent) compared to Beasley (44 percent) when they were asked regardless of whom they supported, suggesting that voters think the Republican enjoys an advantage in the state.

Voters split on which party they trust more on education, guns and inflation: poll

The polling also found that Trump would beat Biden in a hypothetical head-to-head matchup if the 2024 election were held today, with 47 percent saying they would vote for Trump while 42 percent backed Biden. A separate 8 percent said someone else.

The November midterms are seven weeks away, and Beasley and Budd are running for North Carolina’s open Senate seat after Sen. Richard Burr (R-N.C.) announced he would not be seeking reelection. The race is rated “lean Republican” by the nonpartisan Cook Political Report and Trump won the state in 2020 by a percentage point.

The Emerson College Polling/CBS17/The Hill survey was conducted between Sept. 15 and Sept. 16 with 1,000 somewhat or very likely voters polled. The margin of error is plus or minus 3 percentage points.