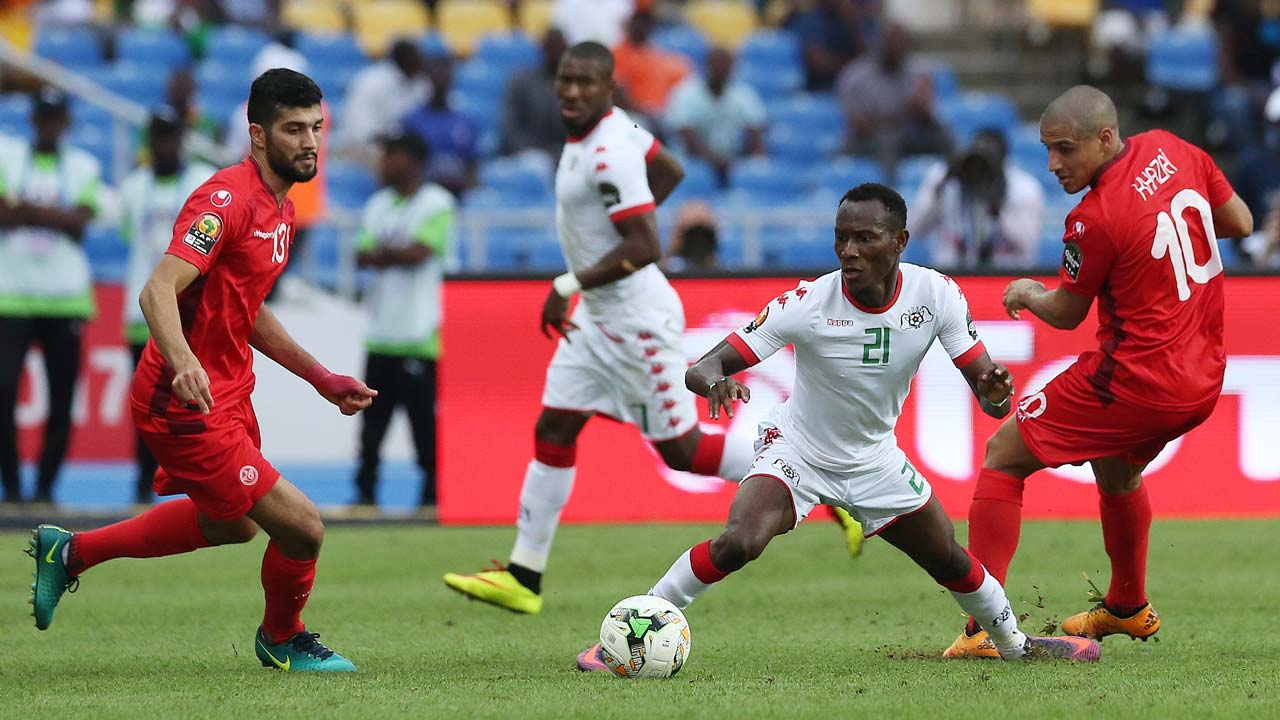 Burkina Faso stepped into the 2021 Africa Cup of Nations semifinals with 10 players after beating Tunisia 1-0 in the quarter-finals at the Roumde Adjia Stadium, Saturday (29/1).

Striker Dango Ouattara kick in the 39th minute can be caught by goalkeeper Bechir Ben Said. One minute later Tunisia made a counter-attack through Aissa Laidouni, but his shot failed to score goal.

Dango Ouattara brought Burkina Faso ahead at the end of the first half after breaking into the Tunisian goal in the 45+2 minute.

Receiving a through ball from Blati Toure, Ouattara escaped the Tunisian offside trap. After arriving in the penalty box, the 19-year-old outwit two Tunisian defenders before breaking into goalkeeper Bechir Ben Said’s goal.

In the second half Burkina Faso continued to pound Tunisia. In the 51st minute defender Edmond Tapsoba fired home from close range, but it was parried by Ben Said. Burkina Faso’s chance to lead 2-0 was also a failure.

Tunisia’s counterattack was carried out in the 52nd minute through an experiment from striker Ellyes Skhiri. But Skhiri’s efforts have not been on target.

Tunisia tried hard to get a goal back and got a good chance through Naim Sliti’s cross in the 57th minute, unfortunately Wahbi Khazri’s finish deviated from the target. This is according to the official CAF website.

Tunisia tried to equalize in the 68th minute, but striker Wahbi Khazri’s shot did not hit Burnika Faso’s goal.

Tunisia’s constant strafing of the Burkina Faso defense had a big advantage when Outtara was shown a red card in the 82nd minute after VAR judged the Lorient winger to have fouled Ali Maaloul.

The straight red card was given to Ouattara after VAR showed the player elbowed Tunisian substitute Ali Maaloul.

Unfortunately, Tunisia completely failed to take advantage of the 11 against 10 situation and barely created a single chance again until the final whistle sounded to ensure Burkina Faso’s move to the semifinals

Although superior in the number of players, but Tunisia failed to take advantage of these advantages. No goals were scored in the remaining matches. Burkina Faso won 1-0 over Tunisia with 10 people at once qualified for the semifinals of the African Cup of Nations.

Who will face Burkina Faso in the 2021 Africa Cup of Nations semifinals? Challenger Burkisa Faso is the winner of another quarter-final clash between Senegal and Equatorial Guinea. This match just took place on Sunday (30/1). The winner of the match will serve the game Dango Outtara et al.