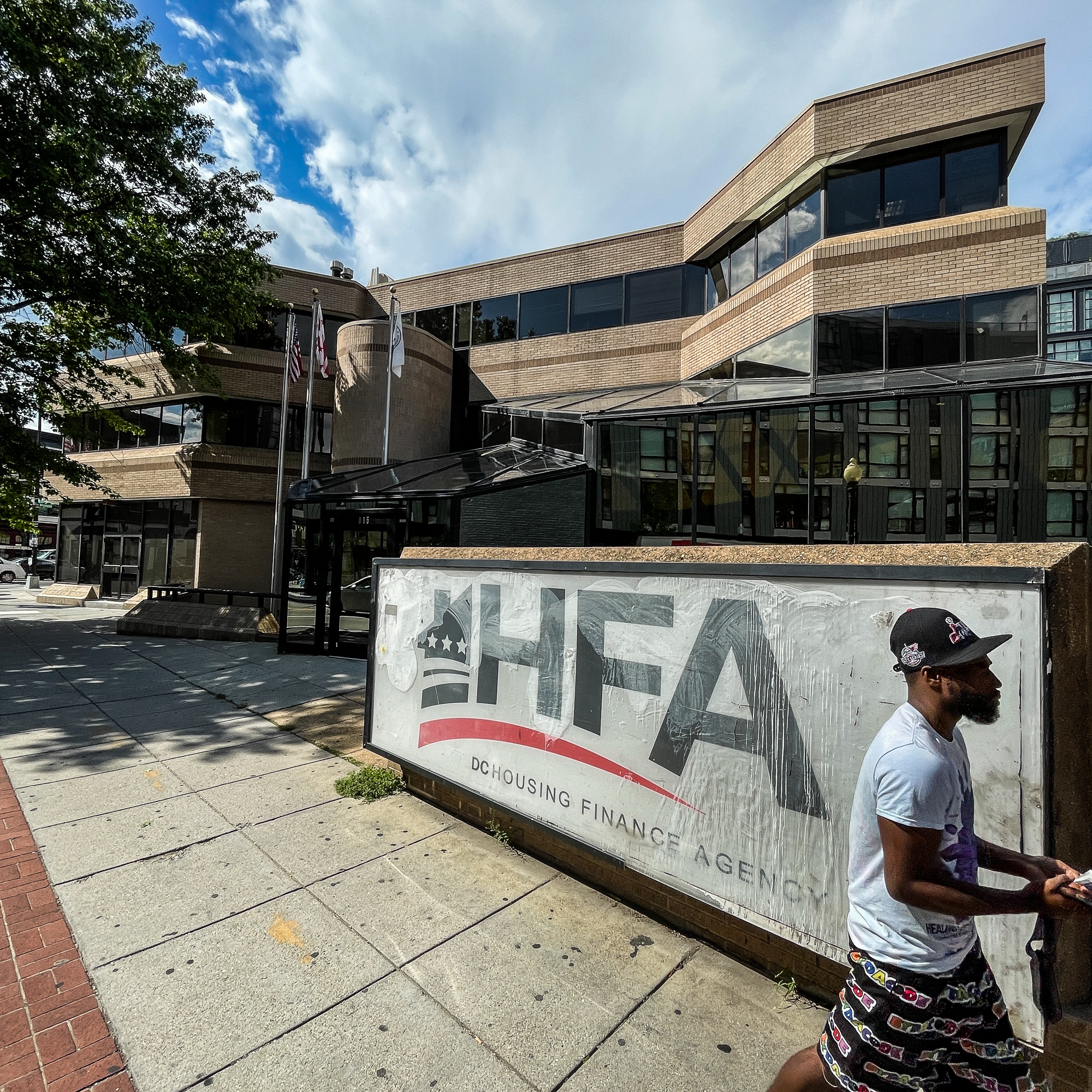 After eight years as chair of the D.C. Housing Finance Agency board, well-connected housing developer Buwa Binitie has quietly stepped down, City Paper has learned. The agency made no public announcement of his departure, but Binitie’s photo and bio have been removed from its website.

Binitie’s two-year term expired at the end of June, and on July 9 he emailed Steven Walker of the Mayor’s Office of Talent and Appointments with his resignation.

“I received formal notice that my term on the DC Housing Finance Agency (DCHFA) Board of Directors has expired as of 06/28/2022,” Binitie wrote. “It is therefore with great sadness that I tender my resignation as of that date, confirmed by my signature below.”

DCHFA Director Christopher Donald followed up with an email to the rest of the board members, praising Binitie for his leadership “during a daunting period.” Donald also noted Binitie’s “frequent presence” at staff events, groundbreakings, ribbon cuttings, and holiday parties.

Similar to agencies in some states, the DCHFA board is responsible for approving financing for low- to moderate-income housing, such as D.C.’s allotment of tax-exempt bonds. The bonds are a relatively modest subsidy in the grand scheme of most housing projects, but they come with low-income housing tax credits, which are essential for those projects.

“During his most recent tenure DCHFA launched HIP, ReMIT, DC MAP and several additional initiatives that emboldened every division of the Agency,” Donald wrote in his email to board members. “Buwa frequently commented on the demonstrated resilience and innovative spirit of DCHFA’s staff. On behalf of the staff, I would like to thank him for his guidance and leadership of the board through some of the agency’s most laudable years.”

Binitie, the managing principal of Dantes Partners, writes in an email to City Paper that serving on the DCHFA board “has been a true honor and frankly an amazing opportunity to serve the mayor as well as the residents of The District of Columbia in ushering new affordable housing units—for which I am eternally grateful.

“At the time I joined the board 8 years ago, Dantes Partners was a company of 5 people focused in one locale and today we are a company of over 75+ people spread across multiple states,” he continues. “My focus now is as follows: learning to be the best leader to an amazing group of people who are working tirelessly to address the affordable housing crisis in America; spending my time to educate/nurture the next generation of black and brown developers; and work on expanding my philanthropic efforts via the Binitie Family Foundation.”

Binitie did not respond to a follow-up question asking whether he had been offered a reappointment and turned it down or whether Mayor Muriel Bowser opted not to reappoint him.

According to the D.C. Code, Bowser had 30 days from the time Binitie left the board to nominate his replacement. The law also says board members “shall serve until a successor has qualified,” and does not appear to put a limit on the number of times a member can be reappointed. “Any members shall be eligible for reappointment,” the code says.

Notwithstanding the praise from his colleagues at DCHFA, Binitie’s role on the board has raised eyebrows throughout his tenure. As a well-connected housing developer himself, Binitie regularly has business that comes before the board. He has recused himself when those items come up for a vote (as do other board members in similar positions). But his authority to approve or deny financing for other housing developers gives at least the appearance of a conflict of interest.

And as City Paper reported last year, in at least one case, Binitie voted to approve financing for a project and then later joined the project as a consultant and property manager.

DCHFA spokesperson Yolanda McCutchen says she has not seen that Bowser has selected Binitie’s replacement. Vice chair Steve Green will serve as interim chair, McCutchen says. The board still has a quorum and continues to meet twice a month.