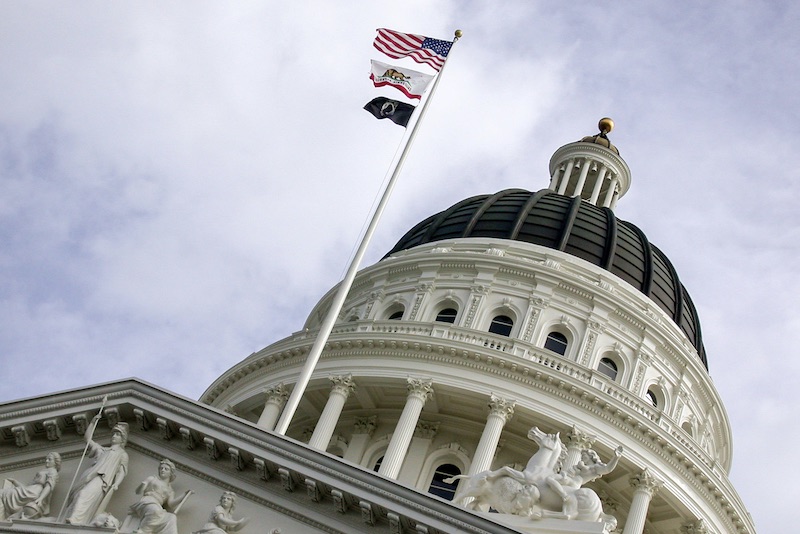 A bill in California that sought to ban unnecessary genital surgeries on intersex individuals has been defeated for the legislative session, after the bill’s sponsor withdrew the bill earlier this month.

Sen. Scott Wiener (D-San Francisco) pulled the bill, titled the “Intersex Bodily Autonomy, Dignity and Choice Act,” after it became clear that the measure did not have the requisite votes to be approved by the Senate Business & Professions Committee and advance to the floor of the upper chamber.

The bill would have banned doctors from performing medically unnecessary, irreversible genital surgeries on intersex infants and other young children, delaying any surgical interventions until later in life, when the intersex child can consent to making an informed decision about their own body.

For decades, doctors have performed surgical interventions on intersex youth — those born with sex characteristics that are ambiguous or do not fit neatly within the gender binary — often rushing to assign a gender and perform surgery out of fear that intersex children will suffer psychologically and socially if they cannot conform to gender-specific norms or stereotypes. But surgery is actually necessary in rare instances, such as when a child can’t urinate properly.

An estimated one to two percent of people are born with variations in their genitalia and sex anatomy, some of whom identify as intersex. Parents of intersex children are often offered the chance — and sometimes even pressured by doctors — to pursue surgery in the name of making the child’s life easier, without necessarily taking into account the long-term ramifications of their decision.

Unfortunately, surgical interventions can actually lead to gender dysphoria and feelings that one’s body is incongruent with one’s assigned sex at birth, especially if the patient begins developing secondary sex characteristics that run counter to that, such as a person assigned female at birth who begins developing facial hair and larger muscles. As a result, intersex individuals may be forced to pursue additional surgery as adults to deal with the side effects of the one they were subjected to as adults. In some cases, those surgeries can also lead to complications such as sexual dysfunction, loss of sexual sensation, infertility, and even post-traumatic stress disorder.

Surgeries on intersex infants are banned in countries like Malta, Uruguay, India, Albania, Portugal, and Germany. In 2013, the United Nations’ Special Rapporteur on Torture called on nations to outlaw unnecessary genital surgeries on intersex individuals, calling in “tantamount to torture or cruel, inhuman or degrading treatment or punishment.” Three former U.S. Surgeons General have also called for intersex surgeries on infants to be banned.

Wiener’s bill, which has been backed by several LGBTQ advocacy groups, has been introduced in committee for three consecutive years, but has failed to emerge from committee due, in part, to a lack of understanding about intersex health issues, and in part due to intense lobbying from some medical associations, especially those representing the limited number of specialists in reproductive health and/or genital reconstruction surgeries.

“SB 225 was a basic civil rights law, standing for the important principle that people should be able to make decisions about their own lives, as opposed to having other people make those decisions for them,” Wiener said in a statement issued after withdrawing the bill. “These irreversible genital reconstruction surgeries — usually performed when a child with variations in their genitalia are infants —  have lifelong consequences. These consequences can include chronic pain, scarring, loss of sexual sensation, and more.

“SB 225 is vitally important civil rights legislation for intersex people and the larger LGBTQ community, and I’m disappointed and saddened that it does not appear to have a viable path forward at this time,” he added. “Pausing medically unnecessary genital surgeries until a child is old enough to participate in the decision isn’t a radical idea. Rather, it’s about basic human dignity. I’m fully committed to protecting the rights of everyone with variations in their genitalia, including intersex people. I’m not giving up, and I stand in solidarity with the intersex community in its fight for bodily autonomy, dignity and, choice.”

“We are disappointed that California is not yet ready to lead on this important civil rights issue, and we will continue to work with intersex individuals and advocates to move the state forward towards recognizing the bodily autonomy of intersex Californians,” Becca Cramer-Mowder, a legislative coordinator and advocate with ACLU California Action, said in a statement.

“There is a growing recognition that non-consensual surgeries should be a thing of the past,” Alesdair Ittelson, director of law and policy and the interim executive director of interACT: Advocates for Intersex Youth, told Metro Weekly. “Unfortunately, there is still a small subset of physicians who continue to argue that they should be allowed to perform these interventions without the participation of the impacted individual. It’s the position of every major intersex-led organization that intervention should be delayed until and unless individual actually says that they want to have an intervention take place.”

While some medical associations, especially those representing specialists like gynecologists, andrologists, and urologists, have pressured lawmakers not to limit the types of surgeries they can perform, others are beginning to adopt the view that non-emergency surgical interventions should be delayed until intersex individuals are old enough to consent and understand the ramifications of the surgery. But many doctors, especially those belonging to older generations, have been trained since medical school to favor surgery for children born intersex and may not be as up-to-date on more recent developments regarding health care for intersex people.

“Pediatric urologists have for decades focused on interventions and infancy and childhood, and not, for example, full-life outcomes, and so the subspecialties responsible that are supposed to be protecting this population are actually committed to a model of pathologization, because we know, anecdotally, that there are lots of intersex people who are perfectly fine without interventions,” Ittelson said. “Although that’s changing, that’s not how folks practicing right now were trained.”

On the bright side, however, Ittelson noted that younger generations of physicians are increasingly moving closer to interACT’s position, with the American Medical Association Board of Trustees recommending that the AMA adopt a policy supporting a delay of all non-emergency procedures.

“Unfortunately, there was lobbying from the urological societies that ended up shelving that recommendation,” Ittelson said. “But just from speaking at medical schools or talking to folks on the ground who are being trained up now, there’s much more of a greater understanding that intersex individuals deserve the right to make these life-altering decisions for themselves. And as more and more people share their stories, I believe we’re going to see a shift in medical practice toward more affirming care.”