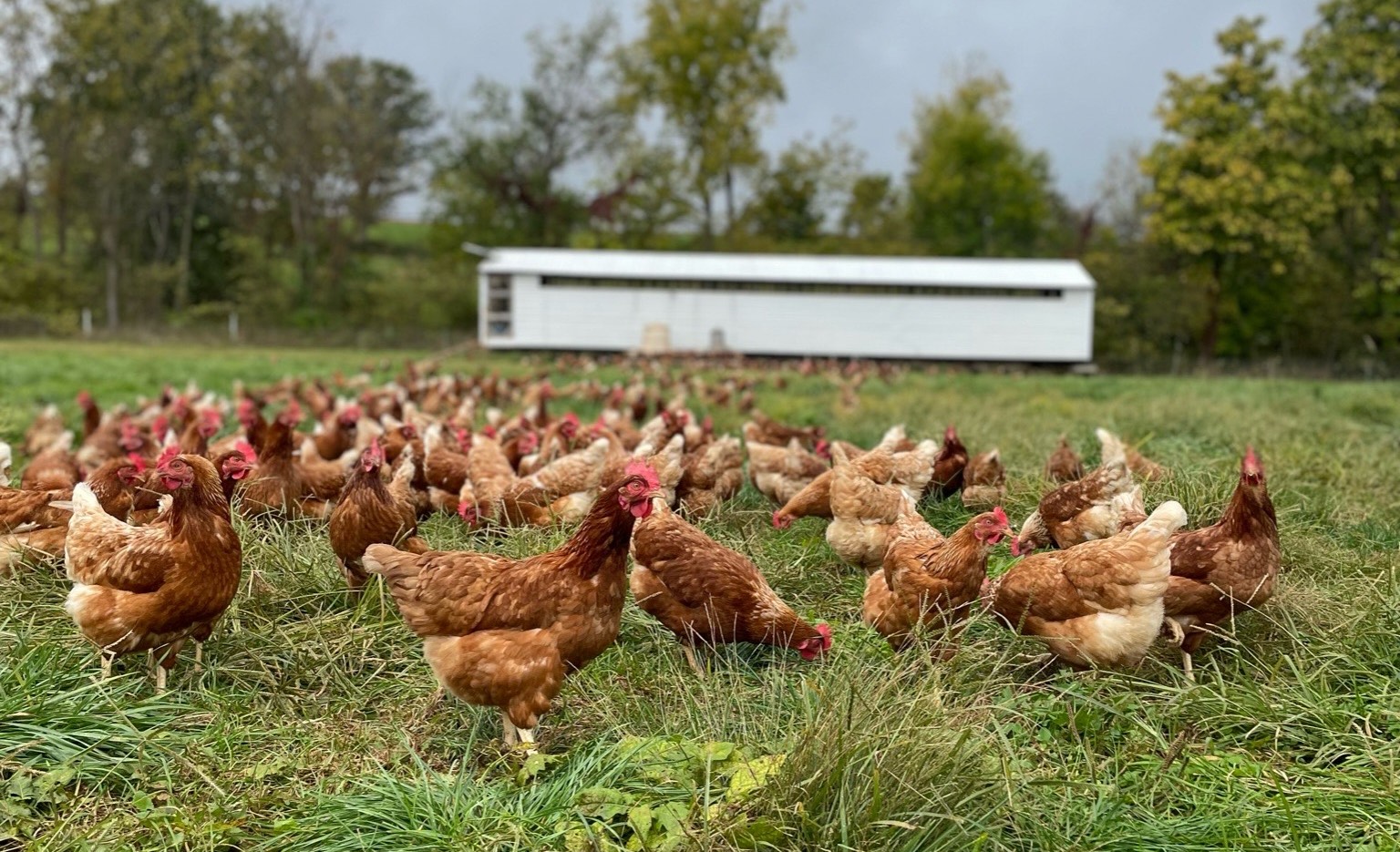 Call Your Mother could have gone with average eggs for its sought-after breakfast sandwiches, but a taste test steered chef and co-owner Daniela Moreira in another direction. “We tried one egg from a normal distributor and one from Earth N Eats farm and the difference was incredible,” she says. They even made her a little nostalgic for where she grew up. “Free-range eggs are bright yellow. They remind me of eggs from Argentina. That’s why the pasta is yellow in Argentina.”

At the time of the taste test, in 2018, Call Your Mother was a fledgling business with just one fixed location in Park View. “We said ‘OK, we can save in other aspects of the business, but this is something we’ll stick to,’” Moreira says. Fresh eggs from a local farm cost more than conventional eggs. At the time, Moreira estimated the cost at three times as much. “We said ‘We want to grow, we think we’re going to buy more, and we started a partnership,’” she says.

As Call Your Mother expanded from one store to six—with a seventh on the way in Logan Circle—so did their egg orders. Now there are 2,500 chickens at Earth N Eats, a family-owned farm in Southern Pennsylvania, that only lay eggs for Call Your Mother. Other than marrying her business partner, Andrew Dana, Moreira says visiting the chickens there was her favorite memory from 2021. “I was calling them my little buddies,” she says.

“The chickens were out there scratching, pecking, eating bugs, doing what chickens are meant to do,” says Josiah Martin, the farm’s salesman and majority owner. They aren’t cooped up in a factory or limited to barn life. “Our chickens are outside every day.”

While most restaurants were ordering fewer eggs and other products from Earth N Eats during the pandemic as dining rooms went dark, Call Your Mother was scaling up. Martin calls the timing a saving grace because they depend on restaurant business. “We weren’t sure what we’d do,” he says. “Chickens lay eggs no matter if someone buys them. It worked out great. I know farms that went out of business over the pandemic. Them jumping in was a huge help.”

Call Your Mother leaned into the ethos of supporting the local economy by positioning small businesses to feed off their growth. Their continued evolution is a boon for more than just bagel lovers. “We started Timber Pizza Co. at the farmers market, so we were sourcing from the people next to us,” Moreira says. She and Dana also own the Petworth pizzeria. “That is the foundation of what we do—sourcing from people we know.”

They get their za’atar seasoning from Z&Z, which also launched at local farmers markets. Call Your Mother purchased 43 percent more product from the family-owned business in 2021 versus 2020. Their bacon supplier, Maryland-based Liberty Delights Farm, similarly saw a 71 percent increase in orders over the same time period. The coffee comes from Lost Sock Roasters and Ravenhook Bakehouse bakes challah for Call Your Mother’s sandwiches.

Customers were clamoring for a breakfast sandwich that didn’t have beef or pork, according to Moreira, so they added one starring maple chicken sausage from Logan’s Sausage Company. The “Thunderbird” combines the slightly sweet sausage with eggs from Earth N Eats and two kinds of cheese ($10). The Thunderbird first landed on the menu in January and its popularity has already driven Call Your Mother to increase its sausage orders by 75 percent.

“At Logan’s, the key to our success is our customer’s success,” says Vice President of Sales Kevin Logan. “When Dani called me about adding a chicken sausage to the menu, we stuck to the same game plan as always. Listen, create, taste, and repeat until Call Your Mother had exactly what they wanted.”

Taking this approach not only costs more money than ordering from big suppliers and distributors, but it also requires more advanced planning. Call Your Mother’s local purveyors hear about the company’s next moves before reporters and bloggers hungry for scoops. “They’re the first people finding out what our plans are,” Moreira says. “They know when we’re going to open. We need to plan, they need to plan. So much goes on on their end to meet the demand. We need to hire, they need to hire.”

Ordering and keeping track of inventory is also a challenge. “With the biggest distributors, you can go on their website right now and order for tomorrow and it’ll be there,” Moreira says. “And they’ll consistently deliver six days a week. When you’re ordering from all these individual farms, you have to go that extra mile of communicating with them directly.”

Moreira calls it “one big puzzle,” but still thinks more restaurants could and should partner with local producers. “It is 1,000 percent possible, you just need to be committed to do the extra work,” she says. “Some people see it as a headache, I see it as a challenge.” And she has some good news to deliver. “If I had to give one piece of advice it’s that when you start small it’s super challenging but gets easier and easier.”