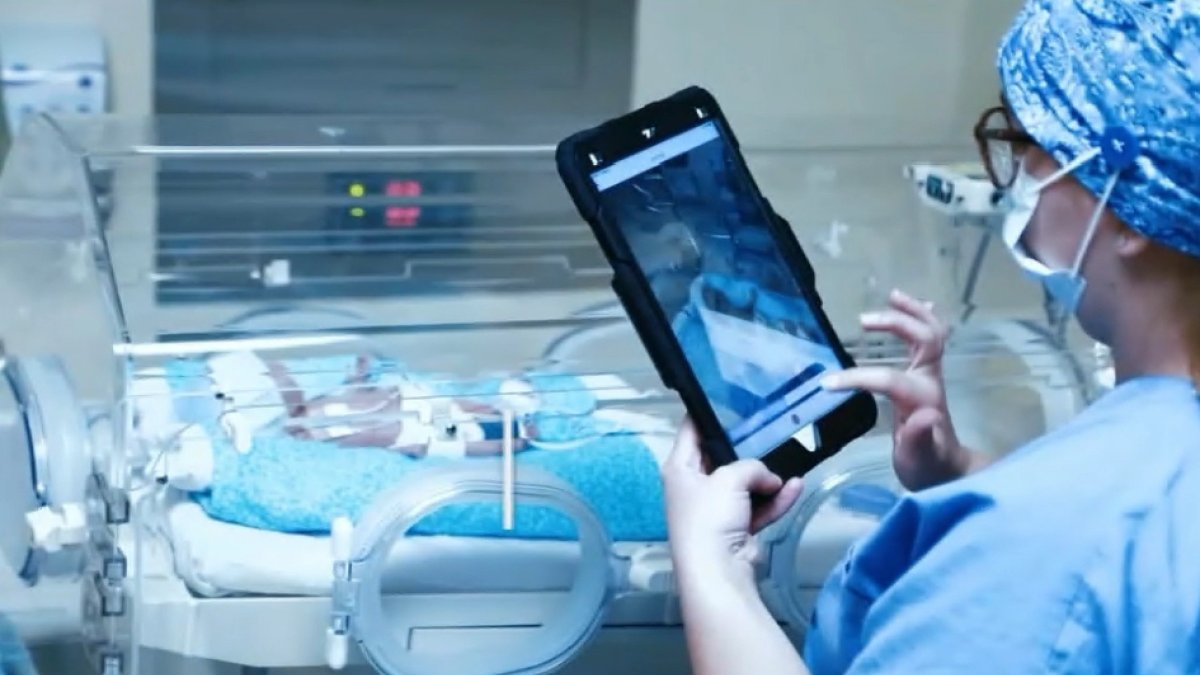 Erica and Paul Corgel are the proud parents of Baby Alexandra, who was born in April in Northern Virginia at only 28 weeks old.

“She came screaming into this world, all 2 pounds, 10 ounces of her, and was immediately whisked to the NICU,” her mother said.

The technology of the Angel Eye program at Virginia Hospital Center in Arlington helped them see their daughter via video screen when they couldn’t be with her in person.

“We worked it into our daily routine to help sort of form that emotional bond before she came home,” Paul Corgel said.

Virginia Hospital Center was one of the first hospitals in the D.C. area to have the cameras installed. They said they’ve seen 32,000 total visits to the website so far.

Kristin Gannon, patient care director of the hospital’s neonatal intensive care unit (NICU), said the idea for the cameras came after attending a conference and getting input from parents.

“It gives them a little peek into the NICU and a peek on their baby when they’re not able to be here,” she said.

Families can sign up for the Angel Eye program as soon as their baby is in the NICU and watch through an app on their cellphone or computer.

To date, families have spent more than 800 hours with the footage since the cameras went live in February. The hospital hopes to expand the program soon by adding additional cameras. The cameras help families “bond a little bit better, decrease their anxiety and give them a little more peace of mind,” Gannon said.

Whether someone is sitting, standing or lying on their side when swallowing pills can make a major difference in the amount of time it takes for the medicine to start working, researchers at Johns Hopkins University say. News4’s Doreen Gentzler reports.

The Corgels said they’re grateful for the technology that helped them stay connected at a stressful time.

“Our experience with the Virginia Hospital Center NICU is one that, while we hope we never have to do it again, we would absolutely feel comfortable if we had to,” Erica Corgel said.