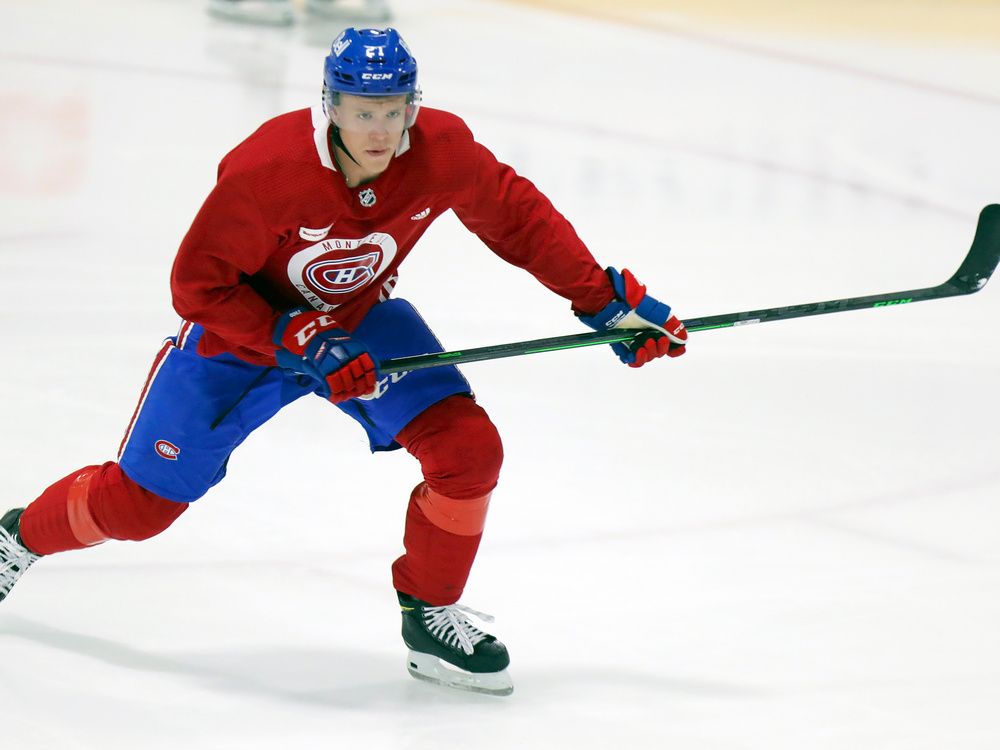 BUFFALO — After weeks of being ultra-cautious as he rehabs from a lower-body injury, Kaiden Guhle will be in the lineup for the Canadiens rookies Sunday as they wrap up the 2022 Prospects Challenge with a game against the Ottawa Senators.

“I can’t wait to play,” Guhle said after the Montreal prospects practised Saturday at the LECOM Harborcenter. “I wanted to make sure that I was ready because there’s a long season coming up. Hopefully, my first professional season.”

The next issue of HI/O: Montreal’s Road to the Cup will soon be in your inbox.

“He is ready to play games,” said Laval Rocket coach Jean-François Houle, who kept Guhle out of the first two rookie games here. “He’s had three good practices this week. He feels good, he is healthy.”

Guhle, who is expected to make a strong bid to start the season with the Canadiens, hasn’t played a game since the Memorial Cup. Guhle said he was dealing with “a lower-body thing during the run.”

He was talking about the Edmonton Oil Kings sprint through the Western Hockey League playoffs. The 6-foot-2, 205-pound defenceman collected five goals and 20 assists in 25 games after he was traded to the Oil Kings by the Prince Albert Raiders. Edmonton then went 16-3 in the WHL playoffs and Guhle was named the most valuable player in the postseason with eight goals and eight assists in 19 games.

The injury kept Guhle off the ice at the Canadiens’ development camp in July and he also passed on joining Team Canada for the world junior championships. A first-round draft choice (16th overall) in 2020, Guhle said he had already planned to take extra time off because of the extended season.

“I wanted to make sure my injury healed properly,” he said. “I didn’t want to take the risk of making the situation worse.”

“I was still able to do off-ice work,” Guhle said. “At home, I have the tools to shoot pucks, work on my stick-handling, that sort of thing.”

Guhle returned to the ice when he moved to  Montreal in August. He worked closely with the Canadiens training staff, became acclimated to the city and hung out with some other young players who will probably be his teammates for years to come.

“I know (Justin) Barron from the world juniors a few years back, and I spent time with Arber (Xhekaj), who I already knew from last year, and Juraj (Slafkovsky) and Mesh (Filip Mesar),” Guhle said. “The two Slovaks are really good guys. We had a lot of fun. It was good getting to know them.”

Guhle had a strong training camp last fall, but the Canadiens decided to send him back to junior. He said it was a good decision and it allowed him to improve his game, particularly on offence.

Guhle will be battling with Barron, Xhekaj, Mattias Norlinder and Jordan Harris for roster spots and ice time.

“Th coaches will make a decision, all I can do is rely on my work ethic and attitude,” Guhle said.

Houle said Slafkovsky, the No. 1 overall pick in this year’s draft, will be back in the lineup after being given the night off Saturday.