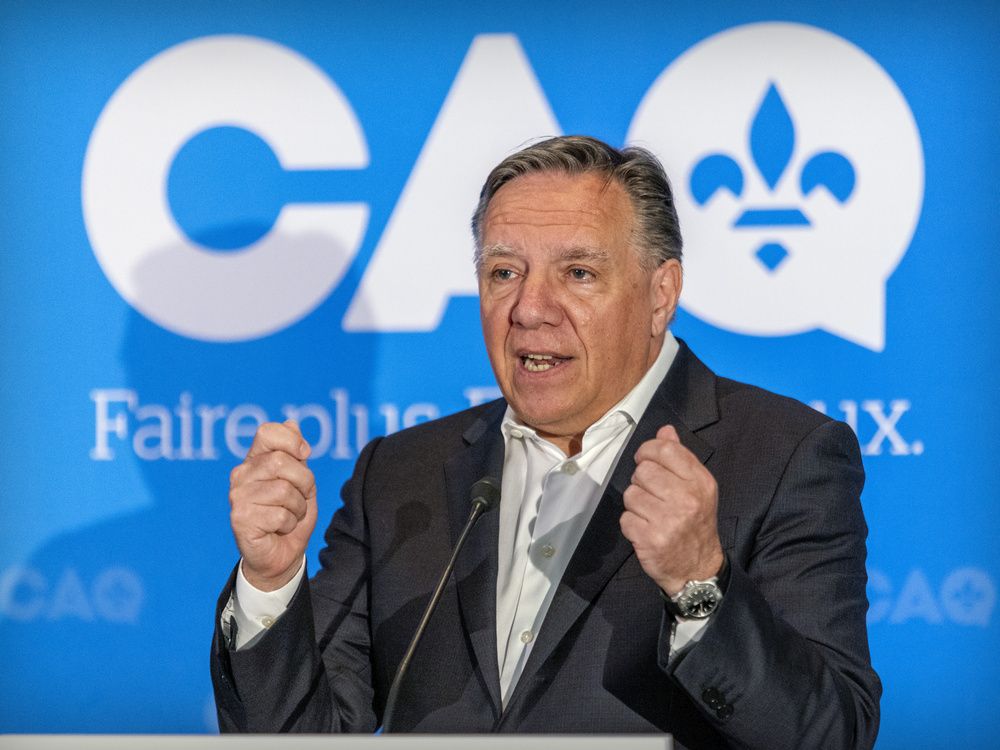 A survey suggests Quebec Liberals are polling dead last in popularity with francophones at 10 per cent, compared with 50 per cent for the CAQ.

With the provincial election two months away, the CAQ is polling 44 per cent in voter popularity, nearly seven percentage points more than the 37.4-per-cent voter share that saw it win 74 of the 125 seats in the National Assembly in the 2018 election.

Dominique Anglade’s Quebec Liberal Party is in distant second place at 18 per cent. The gap with the front-running CAQ is widened even further by the Liberals’ dismal showing among francophone voters. The online survey of 985 Quebec adults conducted July 29-31 found that the Liberals are polling dead last in popularity with francophones — just 10 per cent — compared with 50 per cent francophone support for the CAQ.

The survey suggests that Eric Duhaime’s Quebec Conservative Party — at one point perceived as a potential threat to the CAQ because of public dissatisfaction with the government’s handling of the COVID-19 pandemic — has seen its rise in popularity stall. The latest survey gives the Conservatives 13 per cent support, a drop of two percentage points over one month. That puts it in fourth place behind left-of-centre Québec Solidaire (QS), which polled at 15 per cent.

Paul St-Pierre Plamondon’s Parti Québécois came in last with 10 per cent support, an increase of one percentage point from a month earlier.

While the election has not yet been officially called and the campaign has yet to begin in earnest, the survey suggests that any opposition party thinking of pulling off an upset will have to work that much harder to achieve it. Nearly two-thirds of respondents (62 per cent) said their minds were made up when it came to casting their ballot Oct. 3.

The Léger survey also found that despite an earlier Angus-Reid poll suggesting a vast majority of Quebecers are deeply unhappy with the way the province is handling the issues of health care, affordable housing, seniors issues and inflation, the Legault government enjoys a 59-per-cent approval rating while the premier himself is perceived by 44 per cent of respondents as the party leader best suited to be premier of Quebec.

And Legault’s lead over his challengers appears as staggering as that of the CAQ over the opposition. No more than 11 per cent of respondents felt QS’s Gabriel Nadeau-Dubois would be the best choice as premier, while nine per cent chose Anglade, eight per cent chose Duhaime and just two per cent backed the PQ’s St-Pierre Plamondon.

The online survey would have a maximum margin of error of 3.1 per cent 19 times out of 20.