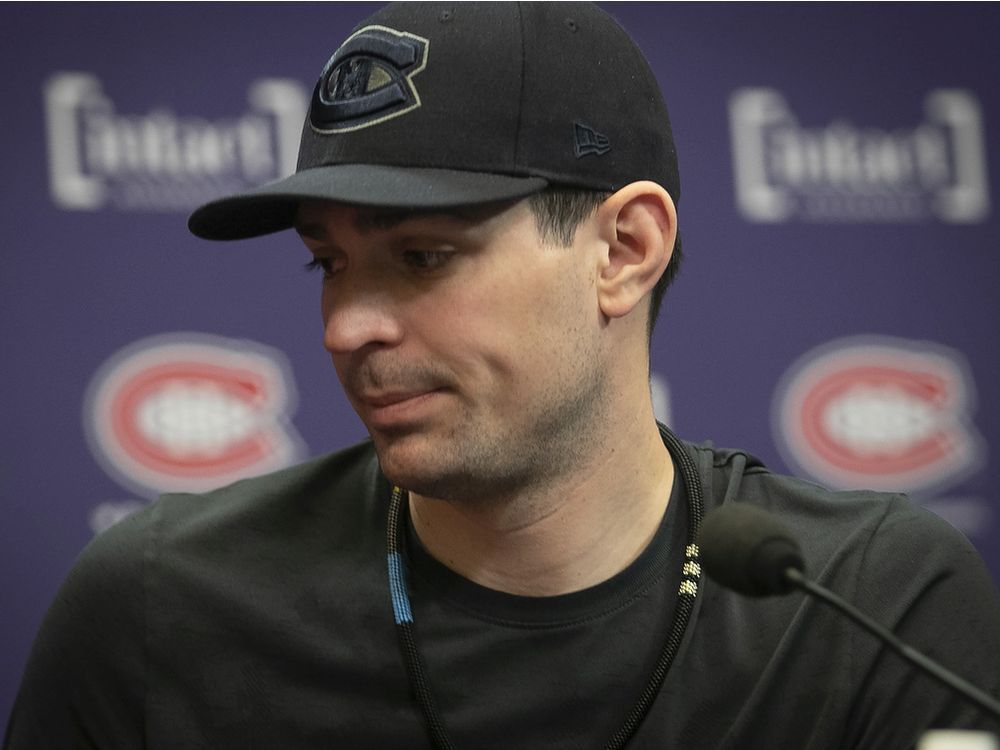 Carey Price played his 700th NHL game Friday night and there are serious concerns over whether he will play No. 701.

Price made 37 saves in leading the Canadiens to a 10-2 win over the Florida Panthers in the season finale, but he said he hasn’t made a full recovery from the arthroscopic surgery he underwent last July.

“I’m continuing to get a lot of swelling in my knee,” he said Saturday during the team’s post-mortem in Brossard. “Due to that, it’s been  difficult to do things that I would consider well out there. Last night, for instance, I played pretty well but, at the same token, there are different aspects of goaltending that are required these days that are difficult for me to do.”

Price, who has played five games with varying degrees of success, was asked whether he would be able to play 50 or 60 games next season.

“My honest opinion is no,” Price said. “I don’t believe that in the current state it would be sustainable for a whole season. So in that regard, I have a lot of question marks and, fortunately for me, I got a lot of time over the summer to prepare.”

Price went to New York last week to consult Dr. Robert Marx, the former Montrealer who performed surgery on the goaltender’s knee at the Hospital for Special Surgery.

“We sat down briefly and then looked at images, but there were no real questions answered for me,” said Price, who said he wasn’t ready to give up and would seek other opinions. He didn’t rule out the possibility of further surgery.

“It’s been a difficult process, but I’m looking forward to having another opinion,” Price said. “As I’ve tried to do throughout my career, I want to execute that plan as well as I can.

“I think the bet I can do is to continue to stay positive and do my very best to work towards starting next season.”

Price said he’s hoping to be part of the Canadiens rebuild.

“I’ve been a Hab my whole life and it’s part of my identity,” Price said. “The future is bright for this team. The kids on this team are spectacular people and they bring a lot of energy. I want to be a part of that.”

General manger Kent Hughes said the team will sit down with the doctors to get a clearer idea of what can be expected of Price in the future.

“At the end of the day, what we’re hoping to get is clarity,” Hughes said. “Is this an injury that Carey is going to be able to recover from and return to true form or not? Whether this is an injury that prevents him from ever being able to play again, I don’t think we have that answer and to tell you that that answer comes from a medical procedure or an imaging or any of that, I think we’re not at that point right now.”

While Price remains hopeful he can continue playing, he approached Game No. 700 as if it might be his final game.