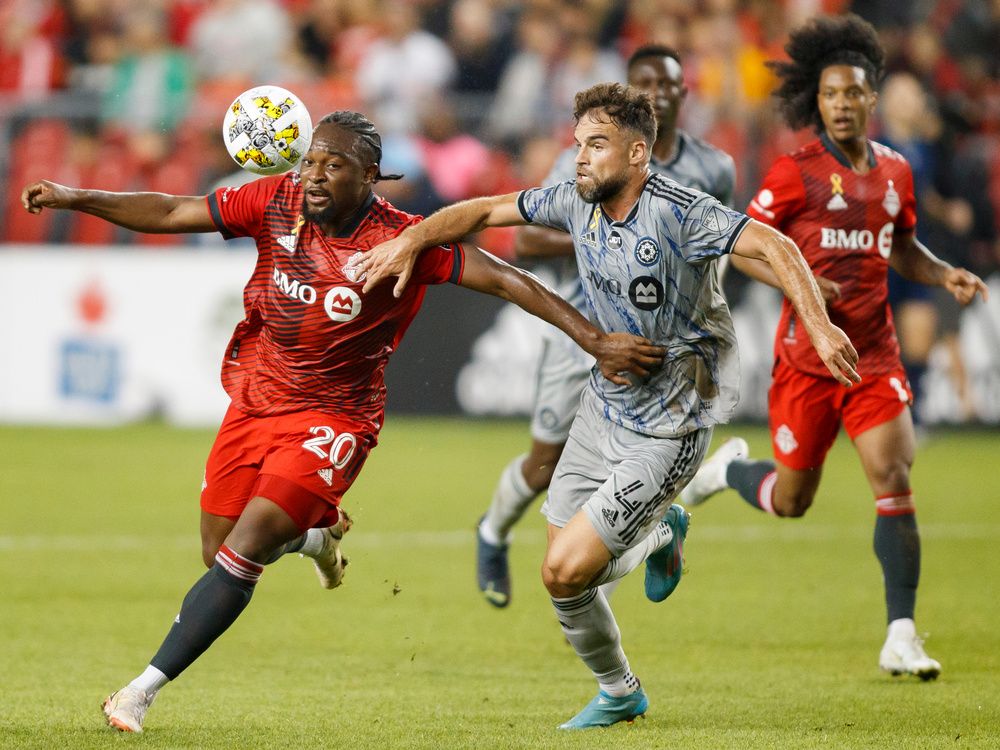 The win extended CFM’s unbeaten string against Toronto to five games with four wins and a tie.

It appeared as if this was going to be a long night for CF Montréal as Toronto FC’s Italian duo of Federico Bernardeschi and Lorenzo Insigne gave the home side a 2-0 lead before the game was seven minutes old.

Toronto FC was awarded a penalty shot after Samuel Piette was guilty of a foul against Ayo Akinola in the box. Bernadeschi took the penalty and caught James Pantemis guessing the wrong way to open the scoring in the fourth minute. It was Bernardeschi’s seventh goal since he joined TFC in July and he extended his goal streak to five games.

Insigne added a goal in the seventh minute when he was in the right spot after Piette attempted to head a delivery from outside the box and inadvertently directed the ball to Insigne.

The rest of the half belonged to CFM.

Kamal Miller got things rolling when he scored his second goal of the season in the 19th minute. Toronto goalkeeper Alex Bono made a save on Kei Kamara’s drive from just outside the box, but Miller was in position to score on the rebound.

Djordje Mihailovic tied the game two minutes later when he made a strong run after taking a clearing pass from Victor Wanyama and put a  35-yard drive in the far corner.

Kamara gave CFM the lead in the 42nd minute after he chased down a long pass from Joel Waterman and carried  the ball into the corner. He dribbled past defender Chris Mavinga and directed the ball between Bono’s legs.

Alistair Johnston and Kamara used their heads to extend CFM’s lead to 4-2 in the 54th minute. Romell Quioto found Kamara with a cross to the far side of the box. Kamara directed a header to Johnson, who headed the ball past Bono.

Insigne scored his second goal of the game in added time in the second half.

A major component of CF Montréal’s success has been its performance on the road. The win Sunday was a club-record ninth on the road and CFM has also set road records for points (29) and goals (29).

Ismaël Koné was among the substitutes for CFM after a transfer to English Championship League team Sheffield United didn’t pan out last week. Sheffield United had sought the 20-year-old Koné as a replacement for Sander Berge, but the deal was scrapped after the Norwegian international’s move to Belgian side Club Brugge fell through. Koné substituted for Mihailovic in the 66th minute.

CFM is back in action Friday when the Columbus Crew visits Saputo Stadium.