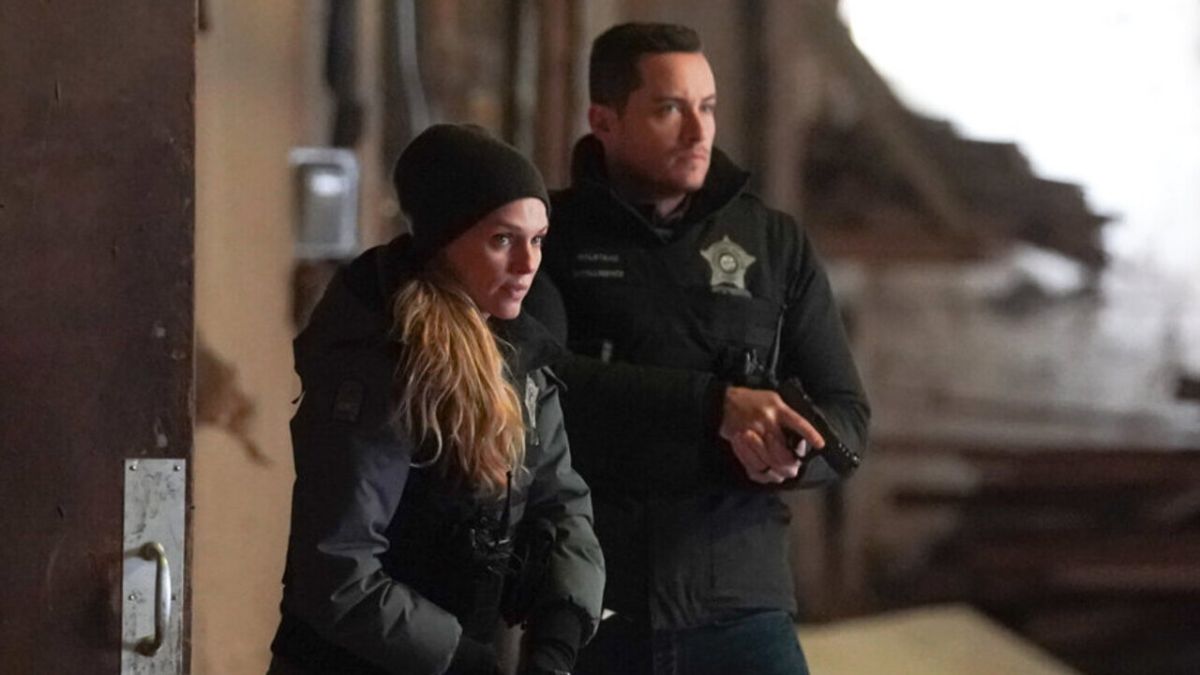 Chicago P.D. is expanding the Intelligence Unit in Season 10 with the addition of a new series regular, and he’s getting a warm welcome from other members of the cast. Benjamin Levy Aguilar, who debuted as Officer Torres in Season 9, will be on board full-time, and Jesse Lee Soffer and Tracy Spiridakos wasted no time in sharing a fun behind-the-scenes photo of the three of them during a break in filming.

The long-running NBC series has started production on the new season, and Halstead and Upton will apparently share at least one scene with Officer Dante Torres early on. The three are all smiles in the photo, which both Jesse Lee Soffer and Tracy Spiridakos posted on their respective Instagram accounts. Check out Soffer’s post and caption:

Tracy Spiridakos also said “Welcome” in her Instagram post, along with “Season 10, here we go!” The three actors are all looking happy to be back at work for the new season, but unless Chicago P.D. somehow became a lot funnier over hiatus, it’s probably safe to say that they’re not channeling their characters in this photo. There aren’t usually a lot of reasons to grin at a P.D. crime scene!

So, what’s up with Upstead and Torres in Season 10 that the three actors are working together? Well, Torres’ strongest bond in the unit as of Season 9 was with Halstead, although they didn’t end Benjamin Levy Aguilar’s debut episode (which you can revisit with a Peacock subscription) as bosom buddies. Still, it makes sense that they’d be working together, if this is one of Torres’ earlier cases as a full-time part of the team.

With Upton present as well, I’m wondering if Torres is shadowing them as one of the existing partnerships within Intelligence. Alternatively, he could have been assigned as the partner to one of them, but splitting them up simply didn’t stick. After all, partnering Upton with Rojas (whose absence still hasn’t been explained) didn’t exactly stop Upton and Halstead from joining forces back in Season 7 .

Based on a photo posted by Marina Squerciati, who plays Kim Burgess, the rest of the team might be elsewhere. She shared a BTS photo of her on set with Patrick John Flueger (Adam Ruzek) and LaRoyce Hawkins (Kevin Atwater), wearing their bulletproof vests and also sporting much bigger smiles than the characters are usually wearing on the job.

Basically, at this point, we can’t do much more than speculate about what Chicago P.D. has in store with the beginning of Season 10, other than that Benjamin Levy Aguilar will be back and has received a warm welcome from his new co-stars. I’m hoping that a sixth member of the team under Voight’s leadership mixes things up, and that the even number means three sets of partners in Season 10.

Plus, another BTS moment shared by Marina Squerciati just has me hoping that One Chicago finds a way to deliver some crossover action in the fall. All three shows will return in the same week as their fellow Dick Wolf series, which is good news for fans of Law & Order and FBI shows as well as Chicago Fire, Chicago P.D., and Chicago Med. One Chicago will be back on Wednesdays starting on September 21, with Med at 8 p.m. ET, Fire at 9 p.m. ET, and P.D. at 10 p.m. ET on NBC in the 2022 TV premiere schedule.