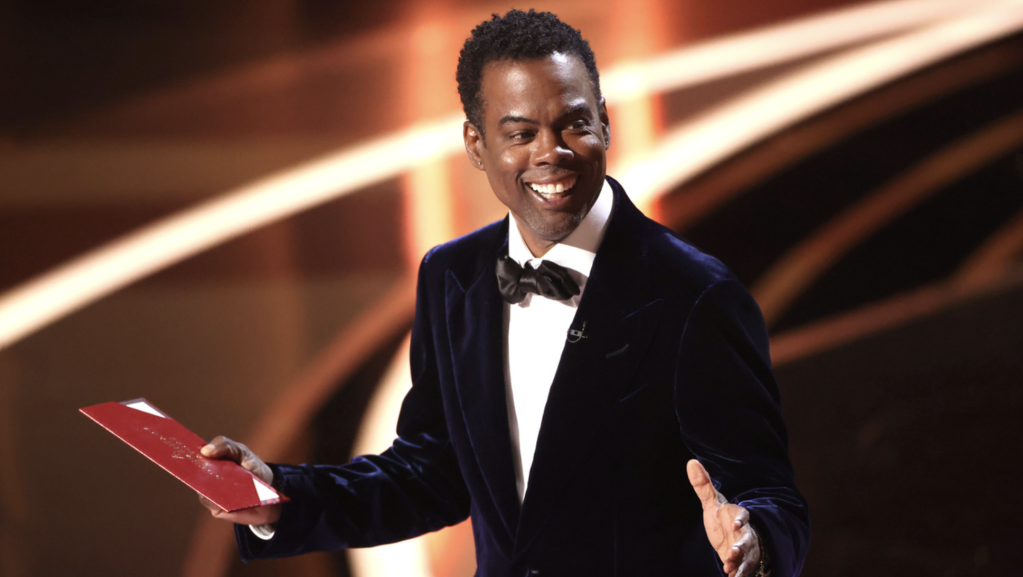 Chris Rock is ready to speak about the slap heard ’round the world. Appearing Friday at the Fantasy Springs Resort-Casino in Indio, Calif., Rock broached Topic A right from the start of his show.

Sadly, it was not the information most in the crowd wanted to hear.

“I’m OK, I have a whole show and I’m not talking about that until I get paid. Life is good. I got my hearing back,” Rock said.

From there, Rock launched into takes on Hillary Clinton, the Kardashians, and Meghan Markle. Also targeted were corporate diversity attempts, his daughters, being single again, and people who are afraid of offending anyone.

There was no video of the show, as cell phones were allowed in the building.