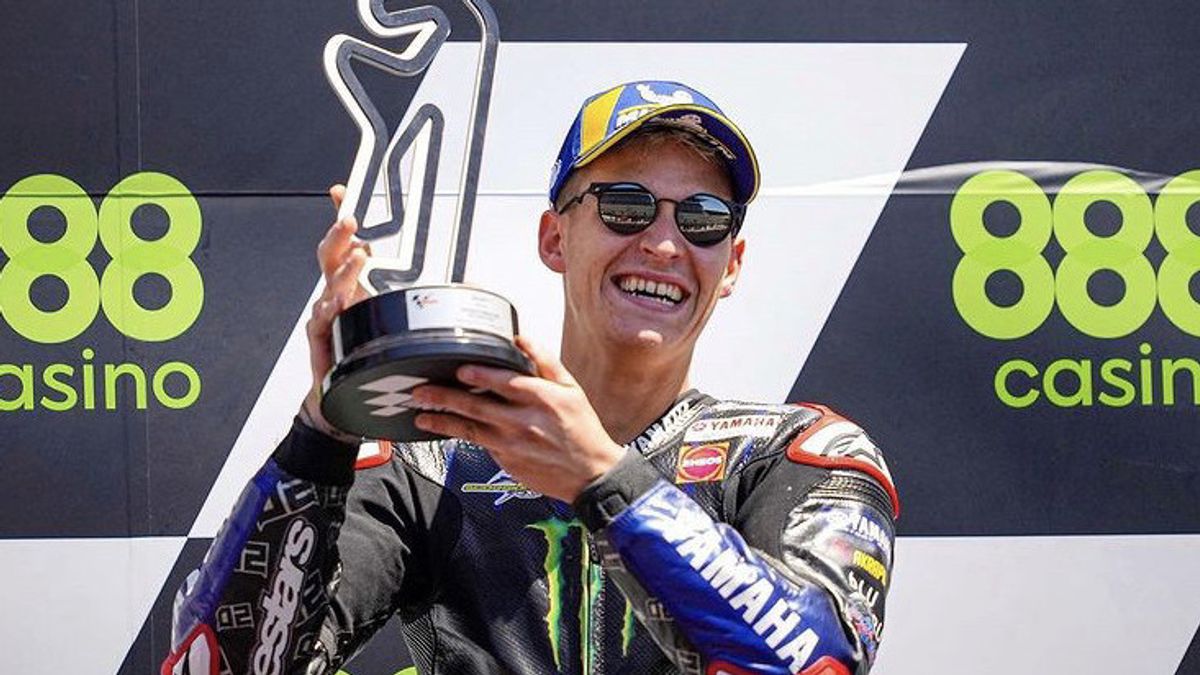 Monster Energy Yamaha racer, Fabio Quartararo, indirectly admitted that he started thinking about the opportunity to join Repsol Honda. This is reflected in Quartararo’s statement after completing the Argentina 2022 MotoGP race, Monday (5/4/2022).

Starting the race from sixth place, Quartararo looked very difficult to bring out his best abilities with the 2022 Yamaha YZR-M1. Quartararo, who had been scattered in 13th place, in the end had to settle for eight points after finishing in 8th place.

After the Argentina 2022 MotoGP race, Quartararo had time to get questions about rumors of Repsol Honda’s interest. Different from before, Quartararo this time was more open and admitted that he would start thinking about his future, including the opportunity to join Repsol Honda.

Quartararo has been linked with Repsol Honda since January 2021. The rumors circulated even louder after Quartararo often complained about the quality or speed of his Yamaha YZR-M1 2022 motorbike. In general, Quartararo assesses that the 2022 Yamaha YZR-M1 is still not competitive when compared to other manufacturers such as Ducati or Honda.

Recently, Repsol Honda is reportedly starting to look for a potential young racer who will be the successor to Marc Marquez. Marc Marquez’s contract at Repsol Honda actually still has two more years left or will end in 2024.

However, Repsol Honda is said to have started thinking about a potential replacement for Marc Marquez. Because, Marc Marquez is now 30 years old. Not only that, Marc Marquez is currently also struggling to find his best performance after continuously suffering from injuries since the beginning of the 2020 season.

Recently, Marc Marquez was forced to miss the Argentina 2022 MotoGP race because he was undergoing recovery from diplopia or double vision. Apart from Quartararo, there is one other rider who is also linked with Repsol Honda, namely Joan Mir (Suzuki Ecstar).

The opportunity for Quartararo or Joan Mir to join Repsol Honda next season is very open. Because it is predicted that Repsol Honda will not extend the contract of Marc Marquez’s teammate, Pol Espargaro, which will expire at the end of this season.

In January 2022, Lin Jarvis as Managing Director of Yamaha Motor Racing had an open voice regarding Quartararo’s future. Lin Jarvis at that time said that Yamaha’s priority was to maintain Quartararo. However, talks or negotiations with Quartararo regarding a new contract have not yet started.