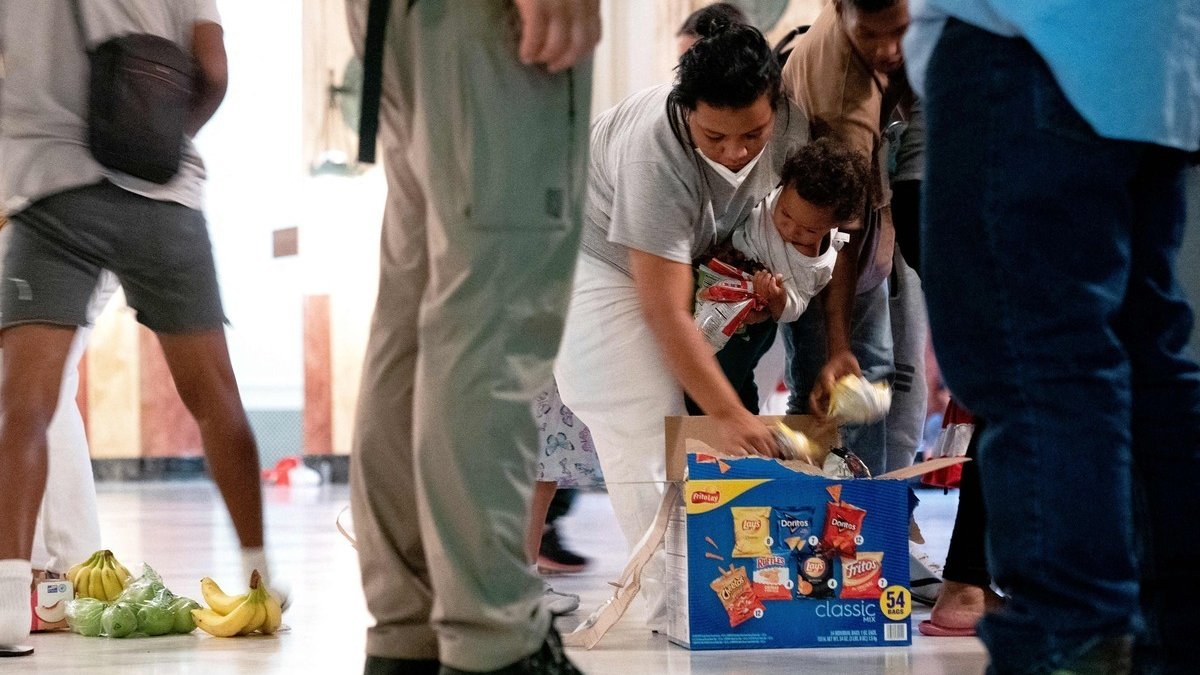 The Department of Defense has denied D.C. Mayor Muriel Bowser’s request for the National Guard to help with the influx of migrants in the District, NBC News reports.

A letter sent Friday by the DoD’s executive secretary said the District has enough funding from the Federal Emergency Management Agency (FEMA) that has been given to D.C. nonprofits that can provide shelter and other services to the wave of migrants bused in by Texas Gov. Greg Abbott.

“After careful consideration the Department has concluded it cannot fulfill your request,” Kelly Bulliner Holly told the director of D.C.’s Homeland Security and Emergency Management Agency in the letter, which was reviewed by NBC News.

D.C.’s mayor had requested the activation of the D.C. National Guard last month, citing a “humanitarian crisis” that had reached a “tipping point,” according to letters obtained by News4. Bowser asked for help in a letter to Secretary of Defense Lloyd J. Austin’s office July 19 and to White House aides July 22.

“The migrant crisis facing our city and our country through cruel political gamesmanship from the Governors of Texas and Arizona must be dealt with at the federal level,” Bowser’s July 22 letter read.

Aid groups have said there are not enough resources available, but Bulliner Holly’s letter said: “I understand a non-Governmental Organization, SAMU First Response, has received federal grant funding via the Emergency Food and Shelter Program by FEMA for this mission. Notably this program supplements funding for humanitarian relief efforts by government and social service organizations for the purposes of providing shelter and supportive services to families and individuals.”

Bowser had requested use of the DC Armory, a multipurpose events venue in Southeast D.C., as a processing center.

DC Homeless Shelters at Capacity as Migrants Continue to Arrive

As busloads of migrants continue to stream into D.C. on a daily basis, homeless shelters are at capacity and some migrants say they are staying in hotels and, at times, sleeping on the streets. The Days Inn on New York Avenue NE has become a temporary shelter for dozens of migrant families who came to D.C. from Texas and Arizona, families staying at the hotel told News4.

Migrants said they are seeking asylum and in need of help. Some said they have had to sleep in an alley outside the hotel.

“If somebody could lend us a hand, we would be so thankful, because this is hard. We are suffering. We are sleeping out on the street. We just got here. We don’t know the language. So we’re suffering a little,” migrant Damian Ibarbin told News4’s sister station Telemundo 44 in Spanish.

Telemundo 44 spoke to several families staying at the Days Inn, and some families were told they will have to vacate the hotel next week because the non-government organizations paying for their rooms have run out of funds.

“They were going to help us. My wife is pregnant, but she hasn’t seen doctor or received any kind of care. She hasn’t been to hospital. They haven’t given us an explanation. They told us today that we have one more week of staying here,” one man said in Spanish.

The Migrant Solidarity Mutual Aid Network, which represents more than 20 community organizations involved with providing support for the migrants, issued a statement accusing Bowser’s administration of intentionally neglecting the migrants.

All of D.C.’s “low barrier” shelters for single adults are at capacity, the official said.