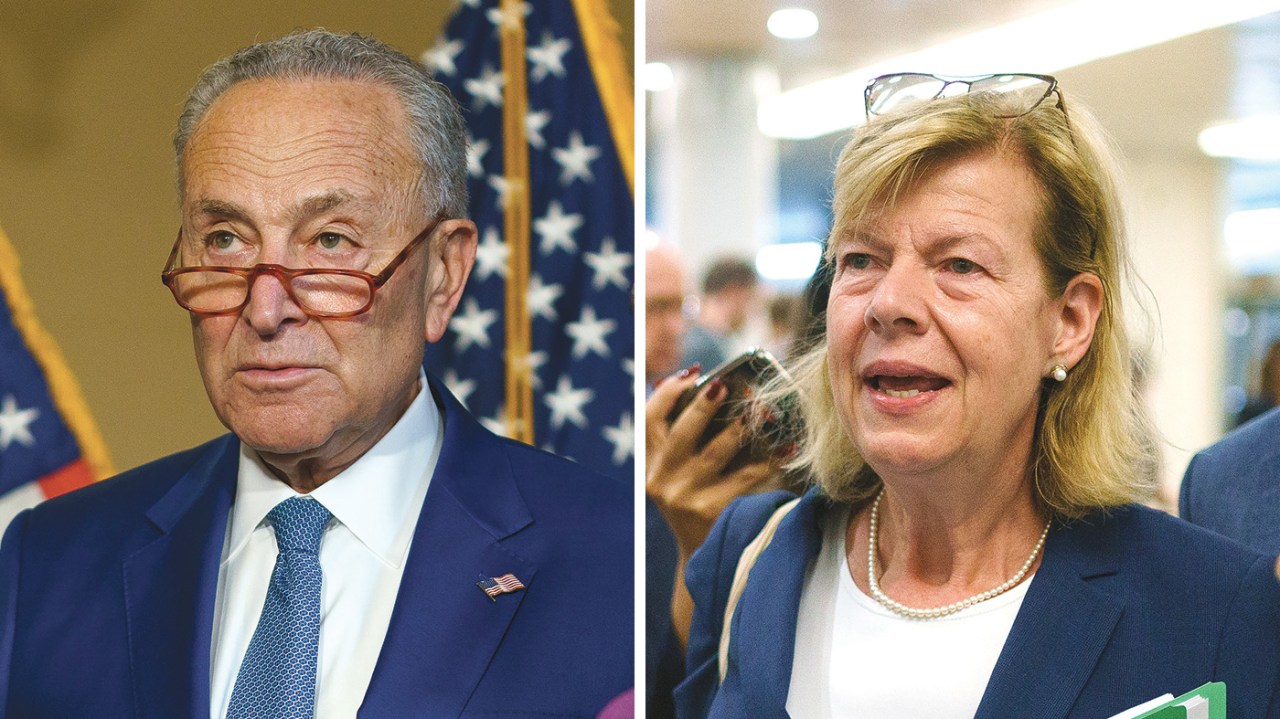 Democrats are taking a calculated risk with their decision not to hold a Senate vote on legislation to codify same-sex marriage into law until after the midterm elections, a move that effectively takes away a messaging point the party could use for campaign fodder.  Senate Majority Leader Charles Schumer (D-N.Y.) and Sen. Tammy Baldwin (D-Wis.) — who are tasked with cobbling together the 60 votes needed to overcome a filibuster — late last week pushed their effort to secure 10 GOP votes until after Election Day, attempting to trade a short-term attack line for a great chance at enshrining marriage equality.

Undecided Republican senators were hesitant to jump out one way or another ahead of the midterms, wary to hand Democrats another messaging point.

The position of national Democrats, however, is simple: We don’t need it as part of the messaging plank.

“The ability to paint Republicans as radical and out of step is always useful, but this election is going to be about affordability and abortion, and Democrats don’t need more examples to prove that Republicans are doing nothing on affordability and are extreme on abortion,” said Joshua Karp, a Democratic strategist who is working on multiple Senate races, including in Wisconsin, where Lt. Gov. Mandela Barnes (D) is looking to unseat Sen. Ron Johnson (R).

For years, Schumer has not hesitated when handed the opportunity to pan Republicans for their opposition to issues by putting votes on the floor with an eye toward November, including over the past year on voting rights and abortion.

But supporters of the same-sex marriage bill see the path to advancing it to President Biden’s desk as clearer when the Senate reconvenes in November and December.

“If I wanted to pass that and I was the majority leader and I wanted to get as many votes as I could possibly get, I’d wait until after the election to have the vote,” retiring GOP Sen. Roy Blunt (Mo.), who has not voiced support for the legislation, said last week.

The decision also marks the second time in recent months when Schumer has held his fire instead of making Republicans pay politically in an attempt to gin up support and dollars. In May, the New York Democrat gave Sen. Chris Murphy (D-Conn.) the room to negotiate what became the Bipartisan Safer Communities Act, which won 65 votes a month later before becoming the first major gun safety legislation signed into law in nearly 30 years.

“My gut on this is he sees that he can hold the Senate majority without this, and sees a path to this being a bipartisan vote,” said one Democratic operative who previously worked on campaigns.

“The hit on Republicans on Roe [v. Wade] is very powerful, and Democrats would be very smart to focus on that line of attack. At a certain point, having too many messages means you don’t have a message,” the strategist added, likening it to a college football team who plays two quarterbacks. “You need something to break through. It’s so loud out there.”

Strategists note that the other factor at play is that the vast majority of voters consider marriage equality to be settled law, especially in comparison to the Supreme Court’s abortion ruling over the summer, which overturned a decision that had stood for nearly 50 years. According to a Politico-Morning Consult poll released in late July, 58 percent of voters support codifying same-sex marriage.

“People don’t vote on gay marriage anyway,” a second Democratic strategist told The Hill. “The path to victory is about dividing and conquering. … There’s no way for any Republican to triangulate on abortion. And I don’t know why we would get off that message. It’s taking rights away vs. lowering costs, and yes, gay marriage can add to that, but why muddle a message if you know it’s working?”

The New Hampshire Senate race offered a prime example of the Democratic message over the weekend as Dan Bolduc, the GOP nominee, told WMUR that Sen. Maggie Hassan (D-N.H.) should “get over” the anti-abortion Supreme Court ruling in Dobbs v. Jackson Women’s Health Organization. The Hassan campaign’s response was swift, as within hours, it had released a digital ad titled “Won’t Get Over It.”

As the local station noted, a recent St. Anselm College survey showed that 71 percent of New Hampshire voters consider themselves pro-choice, with 58 percent adding that they oppose the Dobbs decision.


These women could make history in November’s midterms

Schumer’s decision, however, caught some in GOP circles off guard given his track record. Prior to the announcement, only three Senate Republicans — Sens. Susan Collins (Maine), Rob Portman (Ohio) and Thom Tillis (N.C.) — had thrown their support behind the measure.

“It’s a positive that it’s an issue that’s off the table for now. I was surprised he didn’t make people take the vote,” said one Republican operative involved in a Senate campaign. “It makes things a little less complicated. … I was really surprised.”

With same-sex marriage off the table for the next two weeks, the upper chamber is set to spend that time considering a stopgap spending bill to keep the government funded past Sept. 30, as well as more Biden judicial nominations.