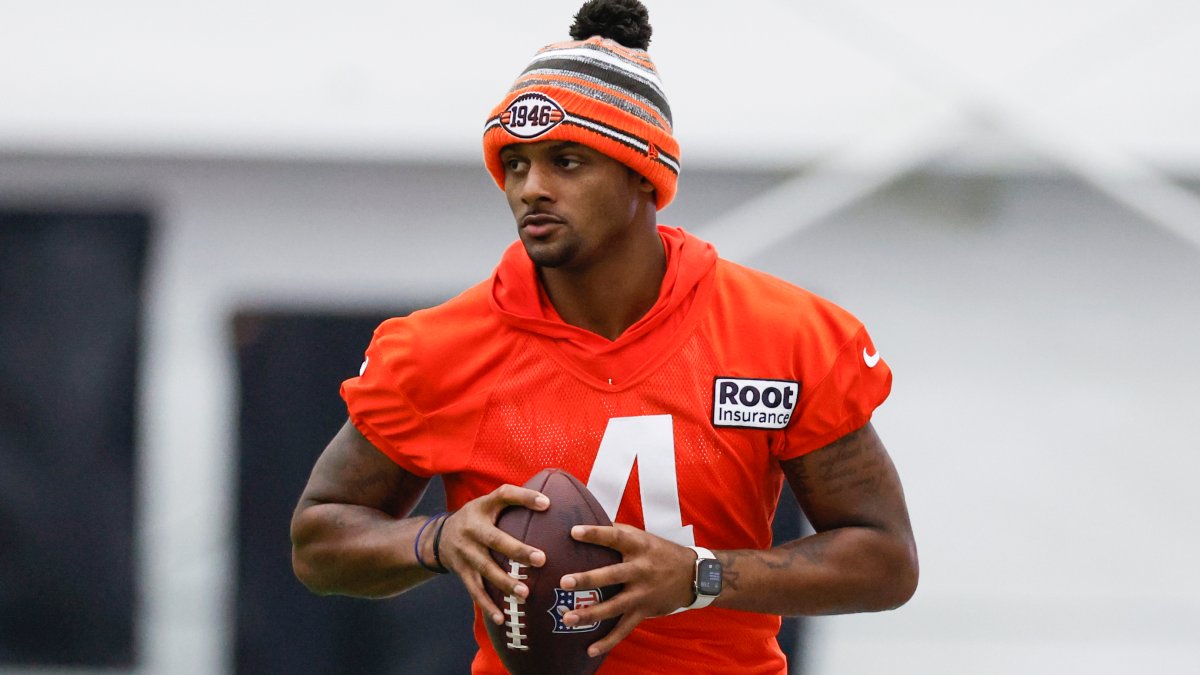 Deshaun Watson reportedly has been suspended six games as a result of an NFL disciplinary hearing after he was accused of sexual misconduct by 24 massage therapists in Texas.

News of the decision broke Monday morning based on a recommendation made by former U.S. District Judge Sue Robinson, who oversaw a three-day hearing in late June over whether Watson’s actions violated the NFL Personal Conduct Policy. Either the union or the league can appeal the six-game suspension, in which case commissioner Roger Goodell is authorized under the collective bargaining agreement to make the final decision.

The union said on Sunday night that it would stand by the decision. The league has three days to decide whether to appeal.

The NFL had sought a one-year indefinite suspension for Watson. He was previously cleared of all criminal charges back in March and settled 20 civil cases against him in June. Three of the four remaining cases were also settled on Monday morning, per the women’s lawyer, leaving one pending civil suit.

Watson entered the league in 2017, when the Houston Texans took him out of Clemson with the No. 12 overall pick. He earned three straight Pro Bowl nods, but before the 2021 season he reportedly requested a trade and sat out the entire season. The first allegation against him emerged in March 2021.

The Browns signed Watson to a record $230-million, fully-guaranteed contract just one week after grand juries in Texas declined to indict him.

His suspension is the latest in a long history of domestic violence, sexual assault and other violations of the personal conduct policy in the NFL.

In December of 2014, months after a graphic video of Ray Rice knocking his then-fiance Janay Palmer unconscious was released, the NFL unveiled an updated Personal Conduct Policy that established a baseline six-game suspension without pay for “violations involving assault, battery, domestic violence or sexual assault.” Under the new policy, the league also reserved the right to issue harsher penalties depending on the circumstances of the violation.

Despite progress to educate and address violence within the league, the issue persists with players like Ezekiel Elliott and Jameis Winston serving suspensions for reports of domestic violence and sexual harassment. Winston — who was investigated for rape while playing at Florida State — was suspended three games in 2018 for allegedly groping a female uber driver. This sentence — half of the six-game minimum established in 2014 — was settled by “league negotiations,” according to league insider Tom Pelissero.