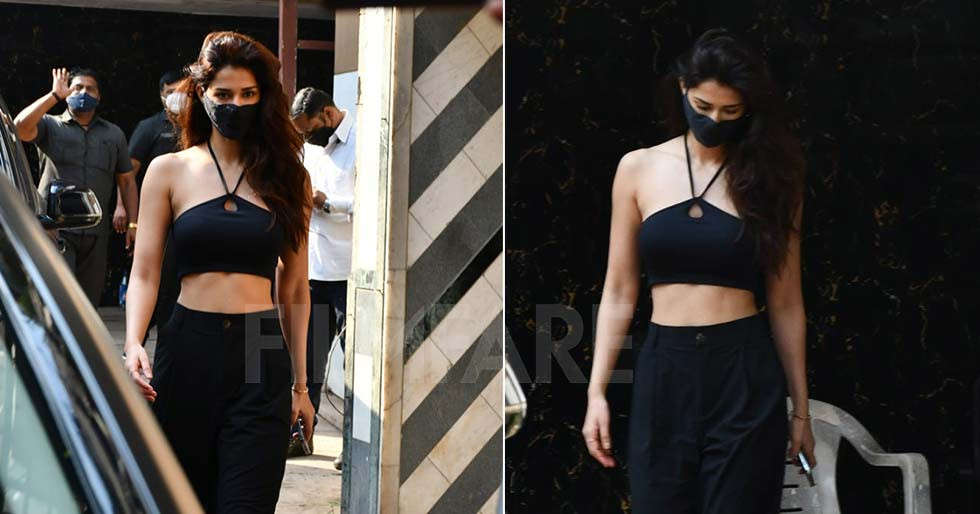 2022 is shaping up to be one of Disha Patani’s busiest years yet.  While she recently completed filming for Karan Johar’s action drama ‘Yodha,’ starring Sidharth Malhotra,’ she also has ‘Ek Villain 2’ due out this year, among her other professional commitments. The actress is juggling multiple projects of varying genres, as well as performing on stage with superstar Salman Khan at the Da-Bangg the Tour Reloaded.

Disha was clicked at Nikhil Dwivedi’s Juhu office this afternoon. The star was seen in a casual all-black outfit which consisted of a black halter top and loose trousers.