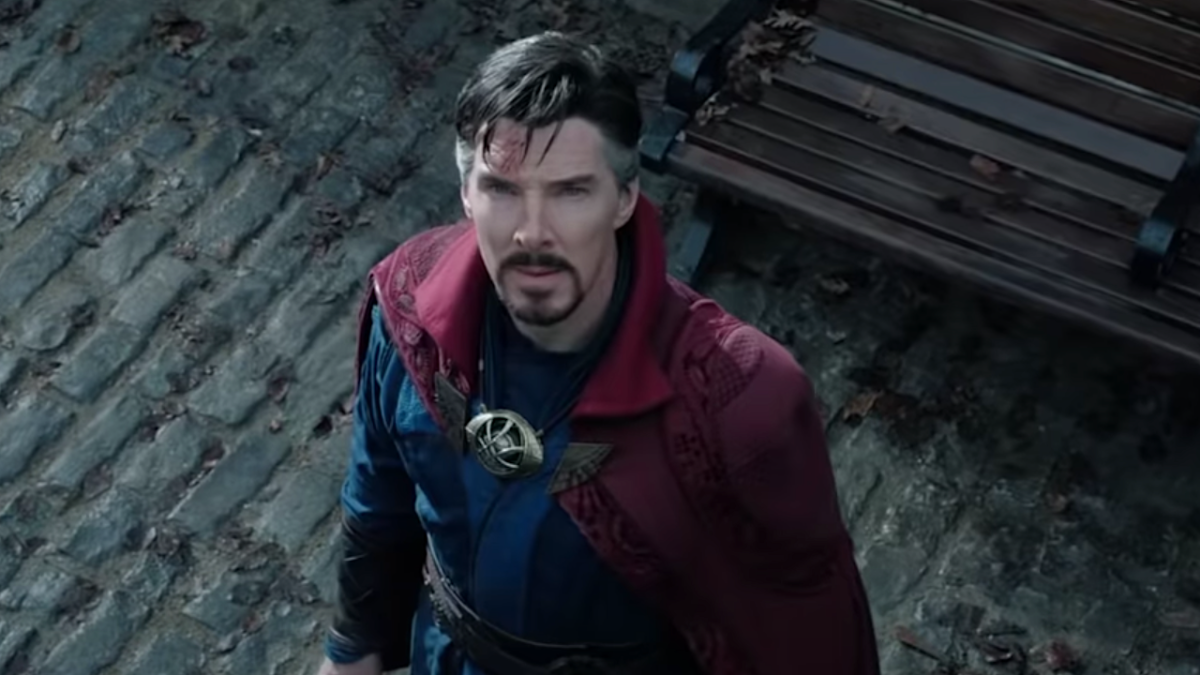 The Marvel Cinematic Universe is always expanding, and Phase Four has definitely been no exception in this regard. The next upcoming Marvel movie heading to theaters is Sam Raimi’s Doctor Strange in the Multiverse of Madness, which looks totally wild. And now some Doctor Strange 2 merchandise has seemingly revealed the variant of another beloved character.

Just as the movie’s title suggests, the second Doctor Strange movie is expected to rip open the multiverse in a dramatic way. The limited footage has shown multiple version of Benedict Cumberbatch’s title character, and it looks like we’ll also see a form of Captain Marvel. But some new toys hinted that we may be meeting an alternate version of Wong. The image has been going around Twitter, check it out below.

Monogram International is releasing a new line of #DoctorStrange in the Multiverse of Madness keychain figures! pic.twitter.com/somrBqI1YkApril 3, 2022

Now that’s intriguing. On top of a figure of Wong being released for Doctor Strange in the Multiverse of Madness, there’s also another version of the character seemingly set to appear. He’s named “Defender Wong”, and is seemingly a variant of Benedict Wong’s signature MCU character. Sign me up.

Exactly how these two version of Wong will factor into Doctor Strange 2 remains a mystery, but every update about the mysterious blockbuster helps to increase fan anticipation. Filmmaker Sam Raimi ran a tight set, with no major leaks happening throughout the movie’s extended filming process. As such, any number of variants and plot twists could pop up throughout the course of the film’s runtime (which is rumored to be quite long.)

The stakes certainly seem high in the limited footage that’s been released from Doctor Strange in the Multiverse of Madness. For his part, Wong looks like he’s going to take some licks throughout the course of the mysterious sequel. And since Spider-Man: No Way Home previously revealed that he’s been named the new Sorcerer Supreme, smart money says the magical character is going to have a meaty role. Wong was also seen in the mid-credits scene for Shang-Chi, revealing that he’s remained in close contact with The Avengers.

The seemingly endless possibility of variants in Doctor Strange 2 is just one of the reasons why fans can’t wait for the Sam Raimi’s blockbuster to finally arrive in theaters. The movie will serve as a sequel to Benedcit Cumberbatch’s first movie, as well as WandaVision and his controverisal role in Spider-Man: No Way Home. And fans particularly can’t wait to see Elizabeth Olsen’s Scarlet Witch back on screen, and using her awesome new powers.

There are a ton of fan theories about what might be in Doctor Strange in the Multiverse of Madness, inspired by the first trailers. It seems like Patrick Stewart is back as Professor X, although which version of the mutant is on screen remains to be seen. There’s a ton of narrative balls in the air, including hte entrance of new superhero America Chavez.

Doctor Strange in the Multiverse of Madness is currently set to arrive in theaters on May 6th. In the meantime, check out the 2022 movie release dates to plan your next movie experience.