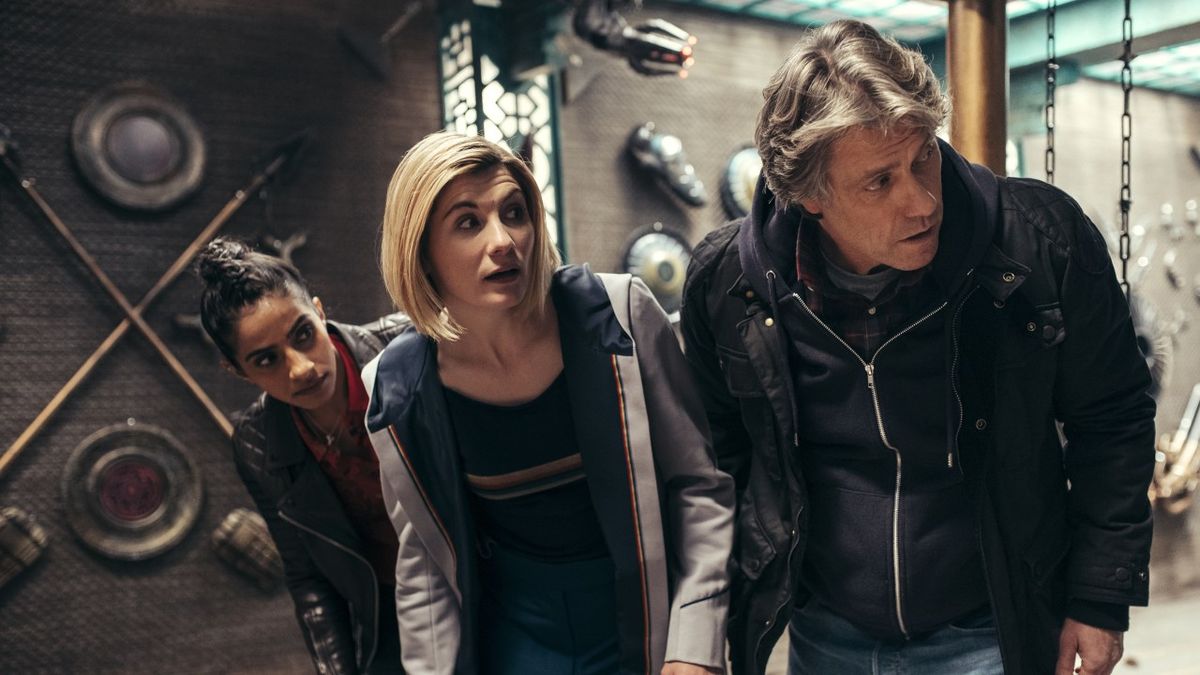 Doctor Who says goodbye to Jodie Whittaker’s version of The Doctor this fall, and, up until this point, we didn’t know how that would go down. Now, the first trailer for the goodbye special is here, and it contains a few familiar faces and some real surprises in the form of companions and enemies fans haven’t seen in quite some time.

HBO Max subscribers can stream all of modern Doctor Who, though that wouldn’t do them much good with identifying the two Companions who showed up in the trailer. Tegan Jovanka (Janet Fielding), who served as a Companion for Tom Baker and Peter Davison’s Doctors in the early ’80s, is present. Ace (Sophie Aldred), who was Sylvester McCoy’s Doctor from 1987 to 1989 can also be glimpsed in the new footage. Both are back to help The Doctor, despite appearing in seasons prior to the reboot and not having made appearances for decades.

Though modern franchise devotees may not be that familiar with the veteran characters. I think manyWho fans will be excited to see Sacha Dhawan back as The Master, especially after getting some clarity on his character in Season 12. He’s allegedly got a plan to “kill” The Doctor, which might be why he spent most of the twelfth season figuring out her origins. The Doctor’s canonized limitless regenerations made the idea of killing the character a longshot, but it seems the villain has found a way around that.

The Daleks and Cybermen are along for the ride in this adventure, though it’s unknown if they factor into The Master’s plans. No doubt they’ll be another obstacle for the protagonist as she fights for her life.

As for the rest of the familiar faces, it’s reassuring to see Dan and Yaz tagging along, if not entirely expected. The trailer also showed Vinder, who fans haven’t seen since Doctor Who: Flux. I’m really curious to see how this show marries that storyline to The Master’s first appearance since Season 12, since it seemed both storylines were intentionally made separate from one another. Perhaps bringing them together in the Attack the Block alum’s final outing will make her entire run feel more cohesive — and lead to a greater appreciation of both seasons for fans.

The trailer only showed a slight tease of The Doctor’s regeneration, which viewers are obviously eager to see. It’s not uncommon for the next person playing the role to make a brief appearance in their predecessor’s final episode (or sometimes even earlier than that). Jodie Whittaker made her first appearance in Peter Capaldi’s final episode, so to see that repeated with whoever is leading Russell T. Davies’ return to the franchise would be a great callback. Given the replacement rumors (and whiich rumored returns of familiar faces like David Tenant), I’d just love to know who the next person to take the reins will be.

Jodie Whittaker’s final Doctor Who episode doesn’t have a release date just yet, but I’m sure we’ll get details on when it’s coming to BBC America sooner rather than later.