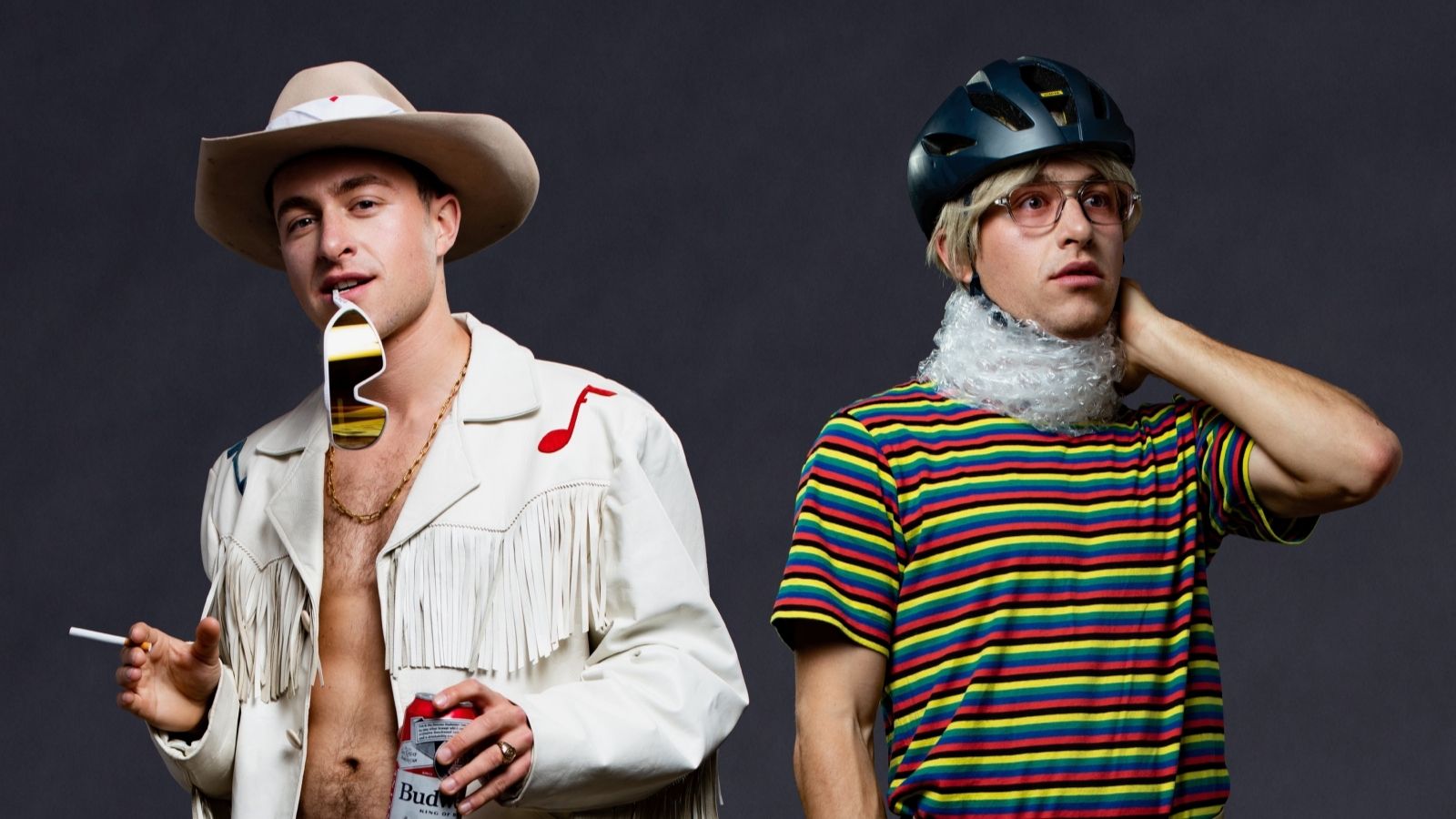 “THIS MAN FLEW TO JAPAN TO SING ABBA IN A BIG COLD RIVER.” So goes the all-caps, clickbait-inspired title to the YouTube video for Austin Weber’s cover of ABBA’s iconic “Mamma Mia.” The video begins with grainy, lo-fi footage of a young man wearing clunky headphones and singing into a portable microphone, while standing fully clothed in a shallow river (the video’s description confirms it is Kyoto’s Kamo River, and that vocals were recorded live there). The rest of the video follows the man around the streets of Kyoto, singing into his microphone while onlookers giggle, bewildered. Weber’s rendition of “Mamma Mia” is surprising—a heavy synth vibrates beneath the song, an angelic keyboard fades in and out, and playful drums give the whole track a rhythm that makes it difficult to stand still while listening to it. It’s a tongue-in-cheek cover, one that the internet consumed voraciously—the 2018 video has more than 11 thousand views. In the years since, the New York-raised, L.A.-based singer has been proving that a synthy ABBA cover wasn’t the only trick he had up his sleeve. He has three albums to his name—2017’s D-42, 2019’s Love Songs for No One, and 2021’s Late to the Party. Traces of the cover that propelled him into the internet spotlight echo across all three albums. His tracks are witty, with titles like “Using the Internet for French,” and “Like Netflix, But for Having a Good Time,” and they rely heavily on energetic drums and ’80s-esque keys. Weber’s songwriting, though, is more reminiscent of the original band in question. He’s a romantic, with lyrics such as “Not quite brokenhearted, not quite blue/ But it’s a special kind of woe, my melancholy tells me so…” on “I Don’t Want to Miss You (Like I Do).” If you swapped out the sorrowful piano on “The Winner Takes It All” for an upbeat synth and an 808 drum track, you’d have a dead ringer for a Weber original. See for yourself as he stops in Northeast, with local acts the Crystal Casino Band and the Dune Flowers opening. Austin Weber plays at 8 p.m. on March 27 at Pie Shop, 1339 H St. NE. pieshopdc.com. $15. Mask and proof of vax required.