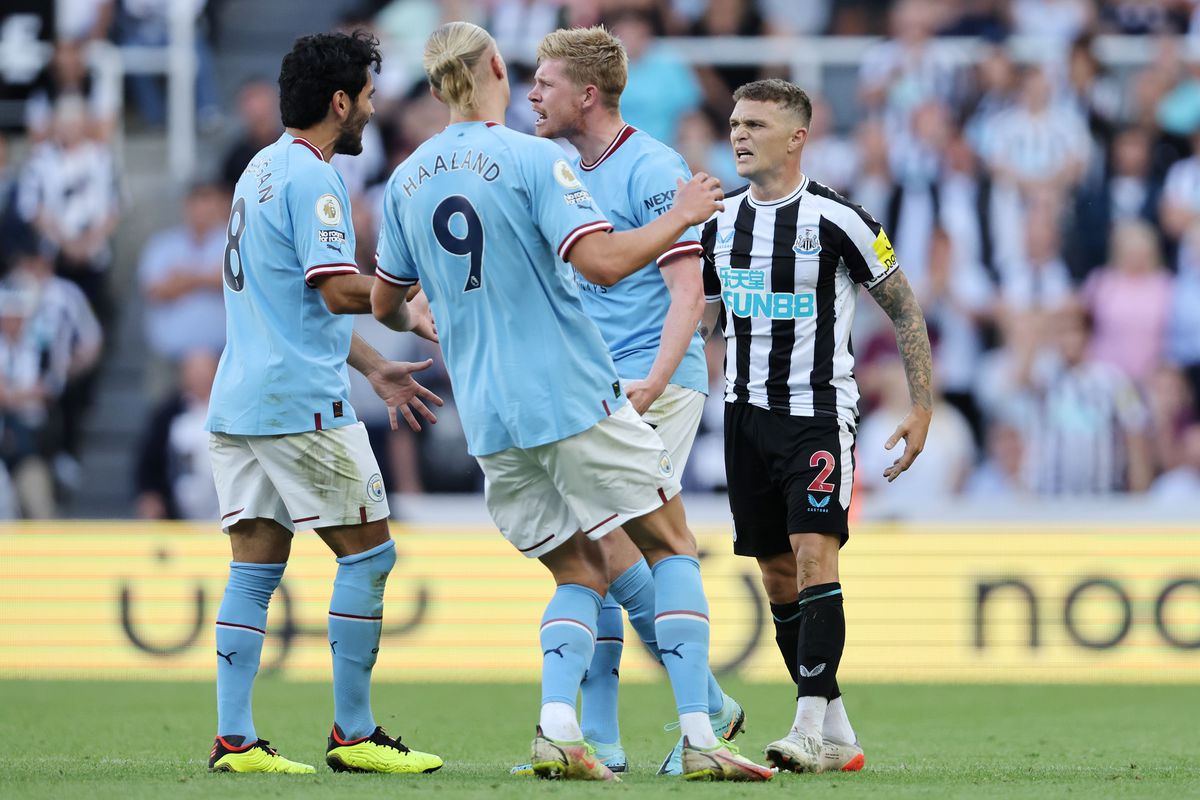 In fact, in this third week’s match, Manchester City almost lost to Newcastle.

The six-goal drama was created in the Newcastle United vs Manchester City match from the English Premier League which was held on 21 August 2022.

The score for Newcastle United’s duel against Manchester City is a 3-3 draw.

In the following, SportReviews will summarize the summary of the Newcastle United vs Manchester City match which ended in a 3-3 draw.

In the first half, Manchester City kicked off with a quick goal they made in the sixth minute.

Bernardo Silva with a brilliant dribble led to a fine cross for Ilkay Gundogan in front of goal.

Ilkay Gundogan managed to receive the ball well and without any difficulty means to beat Nick Pope.

The score changed 1-0 for Man City’s advantage at the start of the match.

Manchester City had a number of opportunities to increase their advantage, including through Kevin De Bruyne.

But unfortunately, Nick Pope who acted as the Newcastle goalkeeper was able to counter this opportunity.

In the 21st minute, the injured Nathan Ake was pulled out by Pep Guardiola to be replaced by Ruben Dias.

After Ake’s exit, Newcastle actually began to be able to push into the Man City defense well.

It was proven when Newcastle were able to reply with two goals against Manchester City.

Newcastle’s first goal in this match was recorded by Miguel Almiron in the 28th minute.

Almiron who received Allan Saint-Maximin’s cross was able to pass the ball into the goal.

Although, Almiron had to wait for VAR monitoring before finally celebrating the goal.

Eleven minutes later after the first goal, Newcastle could turn ahead through Callum Wilson.

Saint-Maximin, who is a winger from France, showed a slick performance in carrying out a stab into the Citizens defense area.

Wilson who received the ball from Saint Maximin then made one trick.

After that, Wilson immediately fired a shot that could not be blocked by Man City goalkeeper, Ederson.

After halftime, Newcastle could increase their advantage to 3-1 in the 54th minute.

Newcastle’s third goal came thanks to a cool free-kick by right-back Kieran Trippier.

In a desperate situation, Man City could actually get up in just 10 minutes.

City’s reply was scored by Erling Haaland to make the score 2-3 through a shot from close range.

Erling Haaland managed to take advantage of a pass from Rodri.

Not long after, Bernardo Silva then made the score 3-3 after.

In the 73rd minute, Trippier got a straight red card for violating Kevin De Bruyne.

However, after VAR monitoring, referee Jarred Gillett decided to only give Trippier a yellow card so he could return to play.

The tempo of the game is still high in the remaining time.

However, Newcastle and Man City, who played against each other and played an open game, never scored additional goals.

Finally, the referee blew the long whistle the score 3-3 ended in the Newcastle United vs Manchester City match.

These results make Manchester City failed to coup Arsenal in the standings.

The Citizen is in second place with 7 points. Meanwhile, Newcastle is sixth with 5 points.