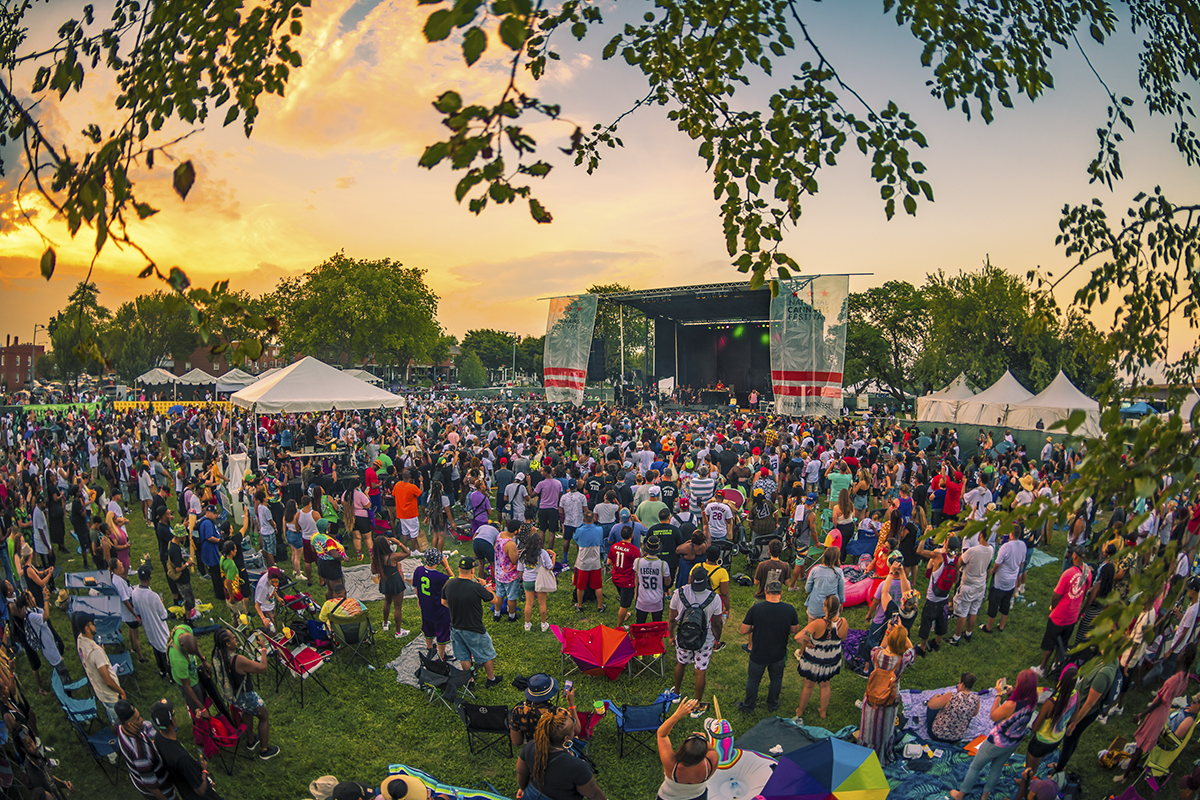 Billed as “the East Coast’s largest ticketed cannabis gathering,” the National Cannabis Festival will be bookended by two related events: a National Cannabis Policy Summit on Friday, April 22, drawing lawmakers and advocates from across the country to the Ronald Reagan Building for a day full of discussions about the most pressing policy issues, and the National Cannabis Championship at Echostage on Sunday, April 24, featuring Slick Rick, DJ Footwerk, and homegrowers from across the Mid-Atlantic presenting their THC and hemp flower haul as they vie for highest honors.

The main attraction remains the festival itself, set for Saturday, April 23, on the grounds of the RFK Campus, featuring a performance lineup including Wiz Khalifa, Lettuce, Ghostface Killah, Backyard Band, DuPont Brass, Shamans of Sound, Cramer, and Farrah Flosscett.

Also on tap will be a “burgeoning sea of new exhibitors and vendors in the cannabis space” and five issue-themed pavilions from wellness to agriculture to education.

This year also sees the debut of a culinary pavilion with cooking demonstrations led by top chefs, talks, and eating contests — but not to be confused with the separate Munchies Zone featuring over 75 food trucks and vendors from across the region.

Among the culinary highlights: a panel discussion on “The Future of Beverage and Cannabis” with DC Brau’s Jeff Hancock, Disco Mary’s Maria Bastasch, and Mor-Hemp & Co’s Maurice Morton; a “Home Cooking with Cannabis” session with Pink Fox; eating contests sponsored by DC Slices, The Hotdog Hideout, and Ben and Jerry’s; a food menu including Equinox’s Truffle Mac and Cheese and a new take on Hot Lola’s “Sichuan X Nashville” Hot Chicken Sandwich; and the pop-up “Chefs Stopping AAPI Hate Night Market” organized by Erik Bruner-Yang (Maketto) and Kevin Tien (Hot Lola’s, Moon Rabbit). An official press release states in bolded text: “No THC-infused foods are permitted to be sold or sampled at NCF.”

Tickets are $75 for general admission to the festival, or $115, which includes Sunday’s Championship. Call 888-512-7469 or visit www.nationalcannabisfestival.com.