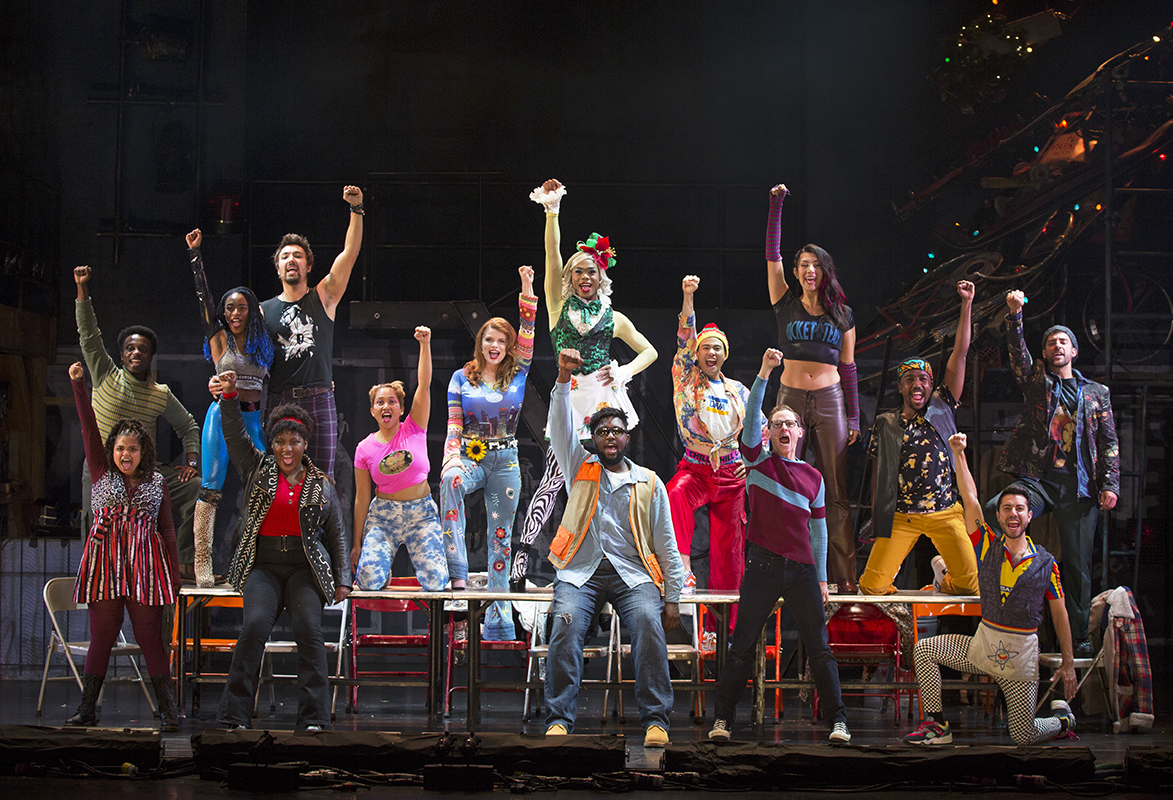 “It has become more than a musical — it’s a cultural touchstone, a rite of passage, and a source of joy and strength for millions,” boasts the press release for the current touring production of Rent, noting, “Rent has become a part of us forever.”

Jonathan Larson’s Tony Award- and Pulitzer Prize-winning show won’t run forever, however. In fact, after running almost continuously over the past quarter-century, kicking off with a 12-year stint that still ranks as the 11th-longest consecutive run in Broadway history, the latest touring production of Rent may be the last, if its official tagline is to be believed.

Ultimately, there’s not a lot of difference between the “25th Anniversary Farewell Tour” and the 20th anniversary version that ran for nearly four years, ending a few weeks before the pandemic, including a stop at the National Theatre in 2019.

Evan Ensign restaged both non-Equity productions based on the original 1996 production featuring the Tony-nominated work of director Michael Greif and choreographer Marlies Yearby.

Notably, a majority of the cast — as well as several members of the creative team — from the earlier anniversary production have returned for the latest.

Larson’s modernized re-imagining of Puccini’s La Bohème follows a group of artists struggling to live, love, and pursue their dreams during the worst of the AIDS epidemic in early 1990s-era New York.