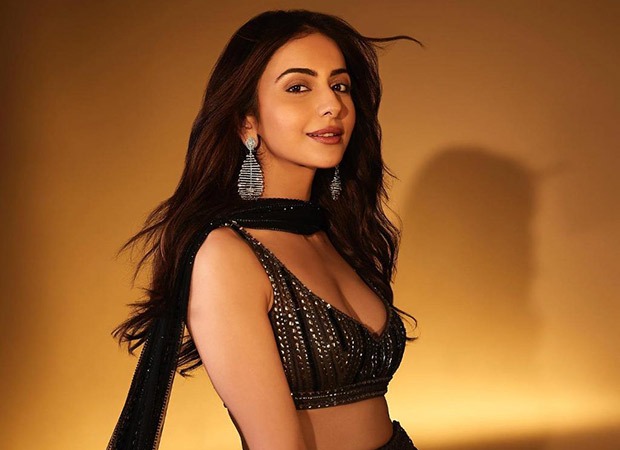 Rakul Preet Singh was recently seen in the OTT release Cuttputtli. The film is an official remake of the Tamil thriller Ratasasan, this Akshay Kumar starrer released last week on Disney+Hotstar. From talking about being a part of such an interesting genre to how the pandemic affected the film to how she loves OTT, Rakul Preet Singh discussed some interesting subjects in her exclusive interview with Bollywood Hungama, wherein she also confessed that she loves to watch films in a theatre.

EXCLUSIVE: Rakul Preet Singh talks about being a theater lover rather than OTT; says, “Actors work the least but you want to watch a film for people who slog for 14-15 hours a day”

While discussing how Cuttputtli opted for an OTT release instead of a theatrical release, Rakul Preet Singh spoke about the changing tastes of the audience. When she talked about her tastes and preferences in this candid chat with Bollywood Hungama, Rakul also confessed that she likes to watch films in a theatre because of the amount of effort put into making it. Revealing her OTT preferences, she shared, “I love thrillers. But watching entertainers, I like to watch them in theaters. I’m a theater lover.”

Explaining further, Rakul said, “It’s not that I would like to go and watch every film that’s coming in the theater. I do that as much as I can do. I like watching it at home as much as I like watching it in the theater. One of the reasons for it is that I feel it’s because we’re from the industry. We know how much effort goes into making a film.”

She went on to add that actors probably work the least in the list of people who put their heart, blood, and soul into making a film. “Not just the actors. They possibly work the least in the entire chain of making a film! But from your assistant directors to light-men to people who are there for 14-15 hours in a day and slogging. It’s just for them that you want to go and watch the film in a theater,” she concluded.

In the same interview, the actress also asserted that all of her upcoming releases currently are theatrical releases. Rakul Preet already has films like Chhatriwali, Ajay Devgn and Sidharth Malhotra starrer Thank God and the Ayushmann Khurrana starrer Doctor G in the pipeline. Besides that, she also kicked off Indian 2 with Kamal Haasan and Kajal Aggarwal.