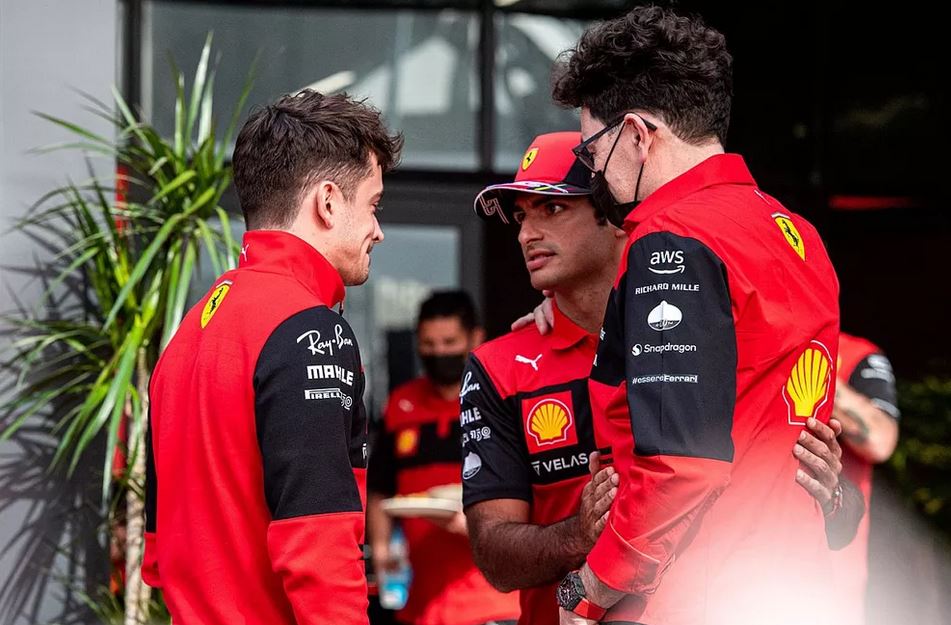 Ferrari has no plans to enact team orders at this stage of Formula 1 season 2022. The team does not intends to limit one’s chances over another.

The Italian team has outperformed all teams this season. Leclerc has emerged as the leading figure on the drivers championship with two wins in first three races.

Unfortunately, Sainz had to face DNF in Australia with 33 points in total. Leclerc is 38 points ahead of him, which place him in a better position for title bid.

Mattia Binotto, Ferrari team principal, made clear that team is not willing to cash in on the advantages of team order at this time. He claims that both drivers are free to race each other for the title bid.

“It’s only three races which have been done now,” he explained.

“There are still 20 races left, hopefully 19 or 20. So the championship is still very long.

“Our drivers are free to fight. And I am really looking forward and enjoying that they are battling for a good place, and first place, if possible.”

Ferrari efforts to focus on 2022 is paying off. The F1-75 is performing flawlessly in all conditions and circuits while providing better reliability over the rivals.

Leclerc conceded that he is enjoying his drive this season. He claims the experience as thrilling as it helps him to extract the most.

“It is a very strong car for sure,” he said.

“I think until now it’s fitting my driving well. I understood the car very early in the season and I think that is helping me for now.

“This has been a good surprise. But yeah, we need to keep pushing obviously. For now, it’s going extremely well.”

Read More: Masi and FIA in talks for a new position

Ferrari is heading to its home town race at Emilia Romagna Grand Prix. Leclerc knows the risks and want the team to focus on it in a bid to deliver the best.

“There are a lot of things that are going to be quite crazy in Imola for us,” he said.

“Obviously, other than that, it will also be a race weekend where we’ll have a sprint race. Whether it’s the right track to do it or not, I don’t know. I think we’ll have the answer after the weekend.

“I’m pretty sure there’s a lot of excitement. But we also need to make sure, as a team, that we don’t try and overdo things. Because there will be a lot of expectations as always. We need to stay calm.”