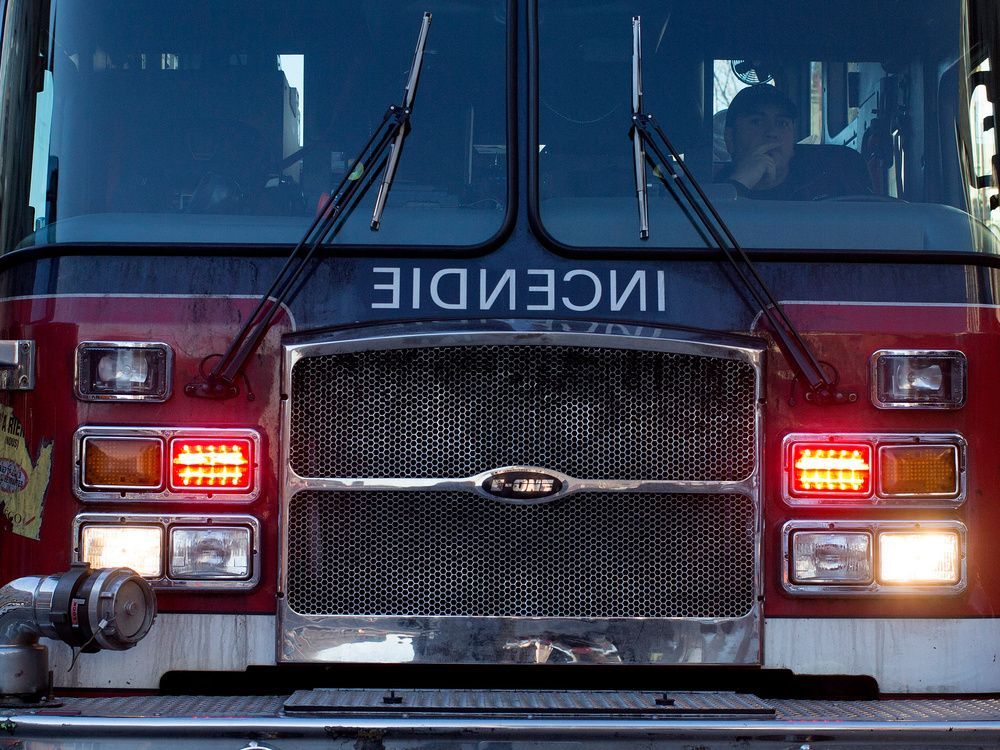 Dominic Jean, 51, was among firefighters called to fight a fire at a dairy farm in St-Edmond-les-Plaines.

A firefighter died after responding to a call in Lac-St-Jean on Thursday evening, according to the firefighters union.

The victim, 51-year-old Dominic Jean, was among firefighters called to fight a fire at a dairy farm housing 70 cows in St-Edmond-les-Plaines.

According to the Syndicat des pompiers et pompières du Québec, a wall collapsed while Jean was inside the structure.

“It remains to be determined with the investigation, but from what we know, there was debris that fell on him,” union vice-president Sylvain Côté said. “At that time, his colleague (got out of the building and) realized Dominic was not with him.”

Jean was found under the rubble while the fire was still raging. He was brought to hospital, where he was pronounced dead.

Quebec’s labour standards board and the Sûreté du Québec will conduct the investigation into Jean’s death.

Jean was a firefighter for 18 years, Côté said. “He was a very good firefighter,” said Côté, who knew Jean through union activities. He said Jean had a great sense of humour.

“For everyone there, it’s a shock,” he added. “It’s a small environment, everyone knows each other, which makes it all the more difficult for his family and colleagues.”

Jean is the third Quebec firefighter to have died in recent months, the union noted.

In October, a Montreal firefighter lost his life in the St. Lawrence River trying to help a couple in distress on a boat. Months later, a firefighter from the Quebec City region died following a fire in Boischatel.