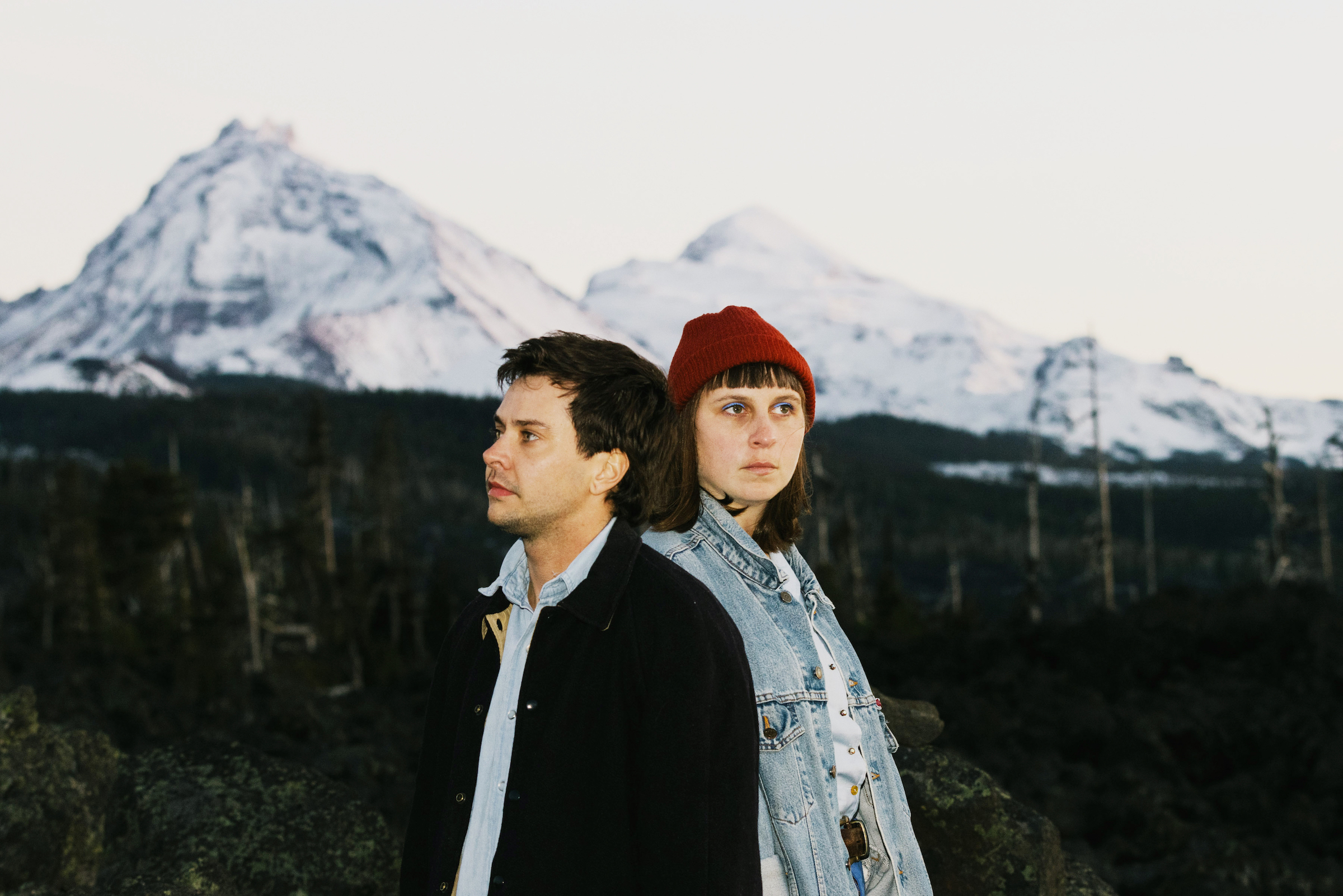 Flasher has proved their resilience with the release of a stellar sophomore album showcasing their newfound dream-pop, synth-laden, catchier-than-the-Cocteau–Twins sound. Bright with snappy choruses and moody, soft melodies, Love is Yours proves the band has not only adapted to being a duo, reforming sans bassist Daniel Saperstein, but has risen to the occasion with fresh versatility.

Despite the shared success of their 2018 debut album, Constant Image, creative and work-related differences with Saperstein couldn’t be overcome, leading to his departure in 2019. The new album, which drops June 17, trades in dark post-punk angst for warm tones and wonderfully woozy melodies. It demonstrates the band has evolved and refuses to be pigeon-holed by the fast-paced punk sounds of their home city.

“This record is exploring more pop music that we love. It wasn’t a genre exercise,” Taylor Mulitz, Flasher’s singer and guitarist, tells City Paper. “It was about writing songs that came naturally to us, and making songs we were excited about.”

The band’s roots still flow through this record in new wave-inspired hooks and driving rhythms, but this time those rhythms are contrasted with bright-toned, dream-pop choruses that create a refreshing sound born from their new experimental recording techniques. After being laid-off from their day jobs during the pandemic, Multiz and drummer Emma Baker decided to use the newfound time to focus on making a new record. “We could actually work on our music because the unemployment money was more than we’d make [at our day jobs],” Multiz emphasizes. Holing up in friend Owen Wuerker’s home recording studio in D.C. during that first wave of COVID with nothing but time, the band’s willingness to test new sounds created an exciting indie-pop treasure layered with a variety of textures.

“We all moved into Owen’s house when we were freaking out about the pandemic, before we had vaccines,” Baker recalls. “It was great working with him. He always had these wacky ideas and knew exactly when to suggest them.”

This new recording setup, paired with the departure of Saperstein, altered Flasher’s writing process. Rather than replacing the bassist, they tried another course. “Danny leaving was such a big presence that we weren’t just going to fill that overnight,” explains Baker. “Taylor and I are used to making music together, just the two of us, so we wanted to see what we could do before we filled the space.”

What they produced for Love is Yours is a series of 13 songs about long term relationships. When asked if their new, more upbeat sound reflects their current mood, Mulitz laughs. “It does now, though that wasn’t always the case. Learning to be okay with not always being productive and letting go of that capitalist driven mindset has taken off a lot of pressure,” he says.

As the duo prepares for the album’s launch, and subsequent release party at Comet Ping Pong, Mulitz says he’s excited to play live with Flasher’s new line-up, which includes Wuerker (of Bless and Big Hush) on bass and auxiliary, friend Shawn Durham assisting with drums and guitar, and Baker drumming but also playing some bass. “It’s going to sound a lot fuller,” Mulitz promises.

With this latest album, Flasher continues to pay homage to their hometown with a National Treasure-themed music video (yes, as in the 2004 Nic Cage action movie) for the album’s titular single. But after hearing Love is Yours, it’s clear the duo has written a national treasure of their own.

Flasher plays a record release show on June 17 at Comet Ping Pong with Faunas and Gauche. Love Is Yours comes out the same day via Domino.