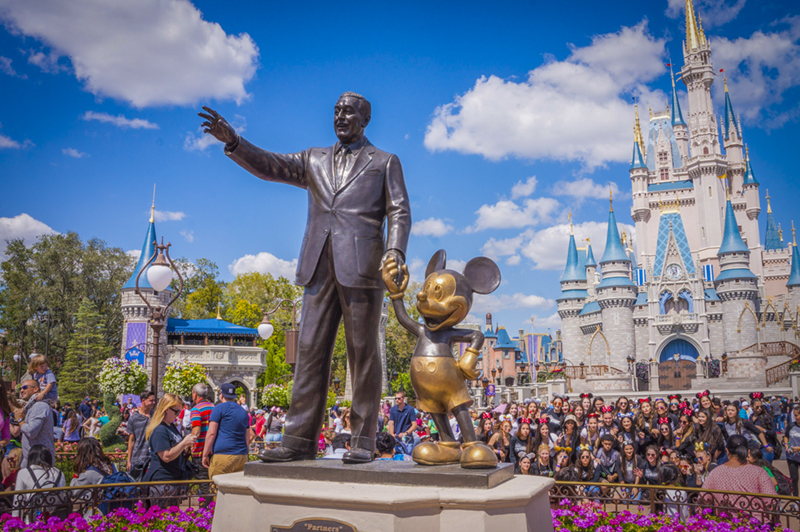 Florida Republican Gov. Ron DeSantis has called a special session of the legislature to determine whether to revoke privileges granted nearly six decades ago that allow Walt Disney World Resort to govern itself without state interference.

During the special session, lawmakers will consider whether to terminate all special districts enacted in Florida prior to 1968.

The Reedy Creek Improvement District, which includes the Disney resort and its surrounding area, was granted special status in 1967, allowing Disney to operate under its own government, notes The Hill.

DeSantis’ obsession with Disney’s “special status” seems to have been fueled by the company’s decision to condemn a so-called “parental rights” bill — dubbed the “Don’t Say Gay” bill by critics — that bars discussion of LGBTQ-related content in primary grades.

Critics of the measure say that in enforcing the law, school officials are already censoring and treading on the constitutional rights of students, including those at the secondary and high school level.

DeSantis attempted to justify reconsidering Disney’s special status, declaring that the company has “alienated a lot of people now” for speaking out against the bill, which takes effect July 1.

Initially, the company had sought to remain neutral, but was forced to apologize and speak out against the legislation following an internal backlash — including actual walkouts — by LGBTQ and allied employees of Disney and several Disney subsidiaries.

Last Thursday, DeSantis told reporters that the state government might be re-evaluating Disney’s “special privileges” while at the same time claiming he was not retaliating against the company specifically.

“Someone said, ‘Hey, Disney has all these special perks. Should you retaliate against them for them coming out and demagoguing this bill?” he said. “I don’t believe you ‘retaliate,’ but I think what I would say, as a matter of first principle, I don’t support special privileges in law. Just because a company is powerful and they have been able to wield a lot of power.”

The charter created a 25,000-acre plot of land as a special taxing district, which, once approved, allowed Disney to run itself.

Disney is able to appoint the government that regulates its property. The district is able to impose taxes on the land and run its government services with revenue from those taxes. It also partners with other local governments to better respond to issues related to policing and the court system.

If the legislature rescinds the creation of the Reedy Creek District, Orange and Osceola counties would have full control over the property.

But that means that the two counties would have to spend a significantly higher amount of money in order to oversee daily operations and meet needs like public safety.

Orlando Mayor Jerry Demings has expressed concerns that Orange County (and presumably also Osceola County) will have to shoulder the bulk of costs for these expenditures, thereby increasing individual taxpayers’ financial burden.

Nonetheless, DeSantis seems determined to do away with special privileges for Disney, telling the hosts of Fox & Friends during an appearance last Friday that the company has enjoyed special benefits that others are not entitled to receive.

“Over many, many decades, they’ve gotten incredible treatment from the Florida legislature,” he said. “They are treated on a pedestal. This one corporation is treated differently than everybody else. That’s not something I’ve ever supported, but now in the legislature, you see a movement to re-evaluate those special privileges.

“At the end of the day, I think Disney has gotten over its skis on this,” DeSantis said. “Look, there’s policy disputes, and that’s fine. But when you’re trying to impose a woke ideology on our state, we view that as a significant threat. This wokeness will destroy this country if we let it run unabated.”