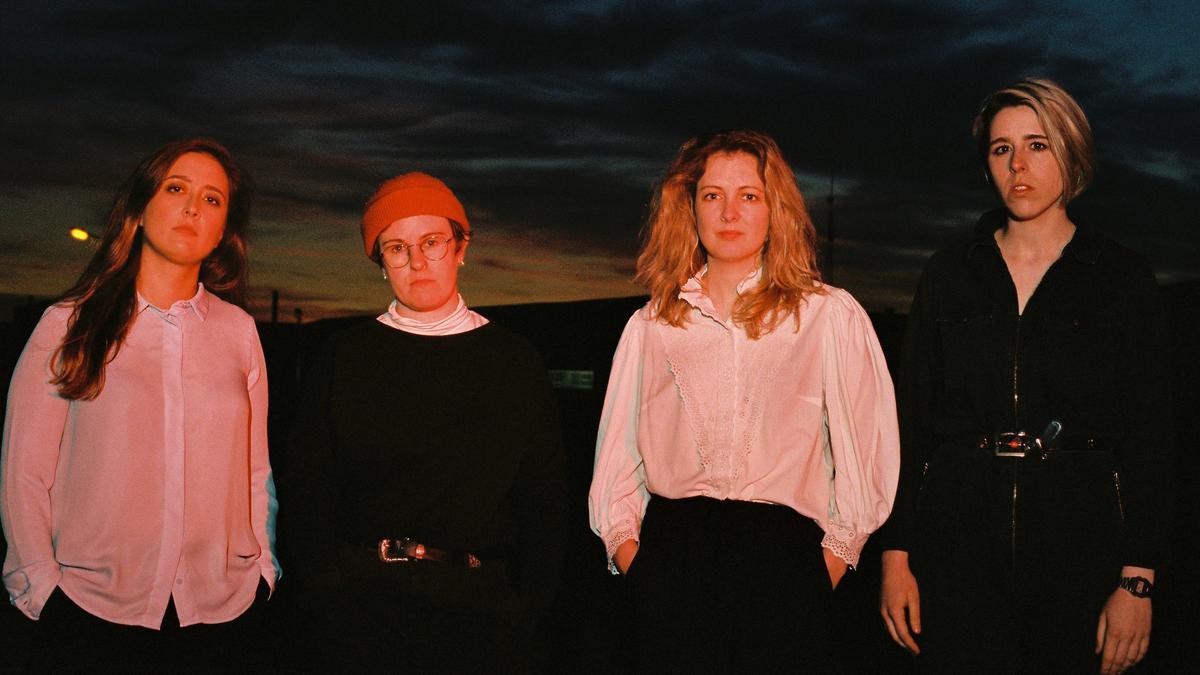 There’s something special about seeing a band in concert right after they’ve dropped something new. D.C. is lucky enough to get that chance with Pillow Queens, who play Songbyrd on April 11, just 10 days after releasing their second album, Leave The Light On. The Dublin rockers bring to mind IDLES, another indie band by way of Ireland, and one Pillow Queens have already shared a bill with. Though the band plays one of the city’s smaller venues tonight, if IDLES’ steady climb from unknown to 9:30 to Anthem is any indication, this might be one of your last chances to catch them in a super intimate setting. The U.S. press isn’t—yet—heaping a lot of praise on Pillow Queens, but the European music press is on board, with the Irish Times giving their 2020 debut In Waiting a five star review, and calling it an “emotional masterpiece.” The band’s recent release is a slow burn that grows on the listener, not that dissimilar to A Hero’s Death, the 2020 release of another excellent Irish band, Fontaines D.C. Leave The Light On is a little more drawn out, a little calmer than Pillow Queens’ earlier work, making it perfect for fans of Sharon Van Etten‘s Remind Me Tomorrow. There’s a lot of focus on the vocals of Sarah Corcoran and Pamela Connolly on the record, and it’ll be exciting to see how that translates live. The Irish Times came back with another glowing review for this album, dubbing it an “astounding leap forward.” Head to Songbyrd to witness that leap first-hand. Pillow Queens play at 8 p.m. on April 11 at Songbyrd, 540 Penn St. NE. songbyrddc.com. $15–$18. Masks and proof of vax required.